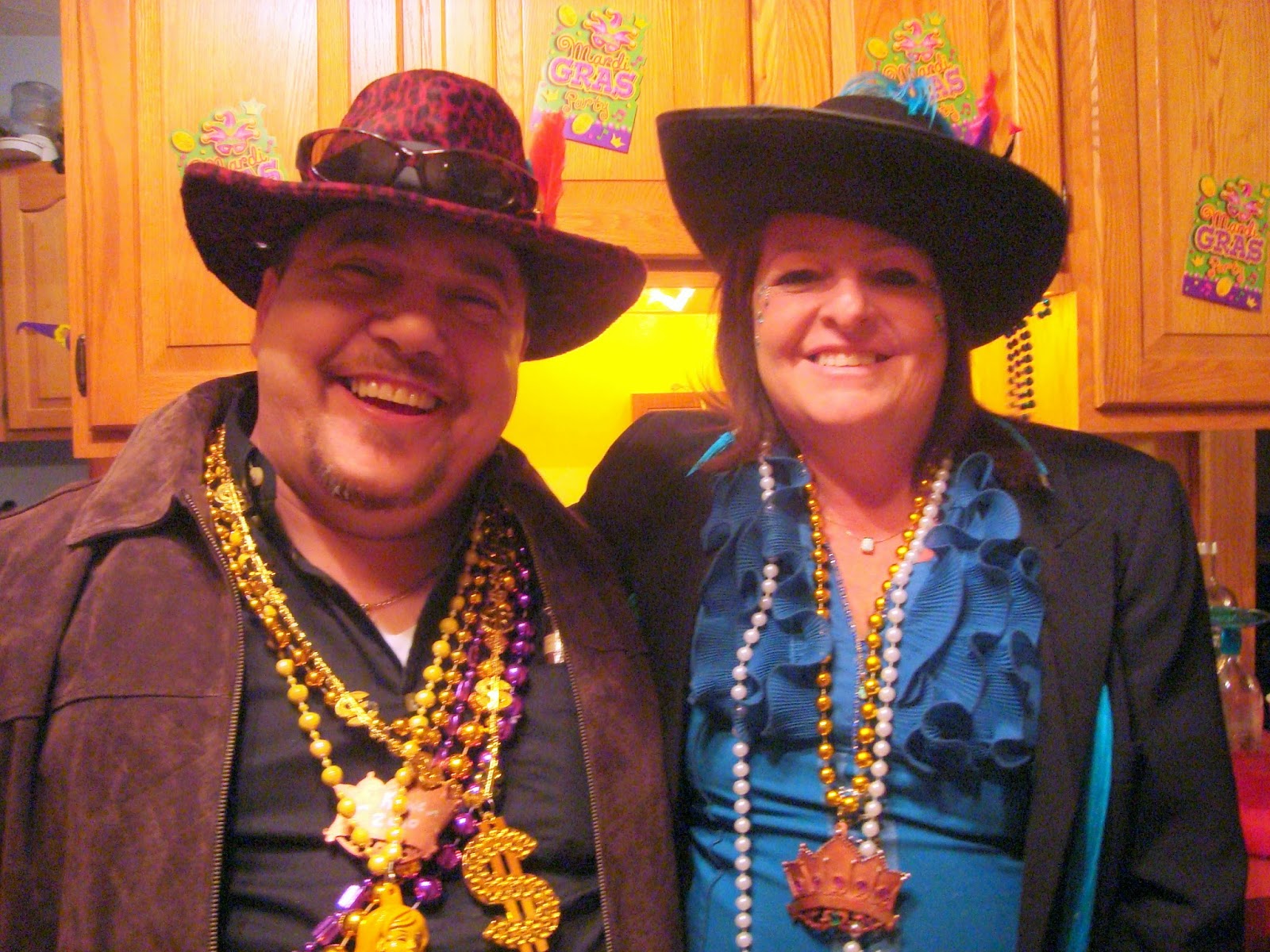 Our annual Mardi Gras Party, which takes place the Saturday before Mardi Gras, has come and gone. Thankfully, we did not have 3 feet of snow this year (see Nemo Gras 2013). What we did have, though, was a night of revelry but also of remembrance, as we celebrated the life, and mourned the passing, of one of our regular "Krewe" members, John Maida. Mr. Maida died in a car accident late December. His fiancee, Cyndi, who was in the car with him, was badly hurt and her medical bills and living expenses have been piling up since. Thus, we renamed the party "Maida Gras," and made it a fundraiser to help Cyndi out. We are proud to say we made about $600. Speaking of which, further donations can be made HERE. 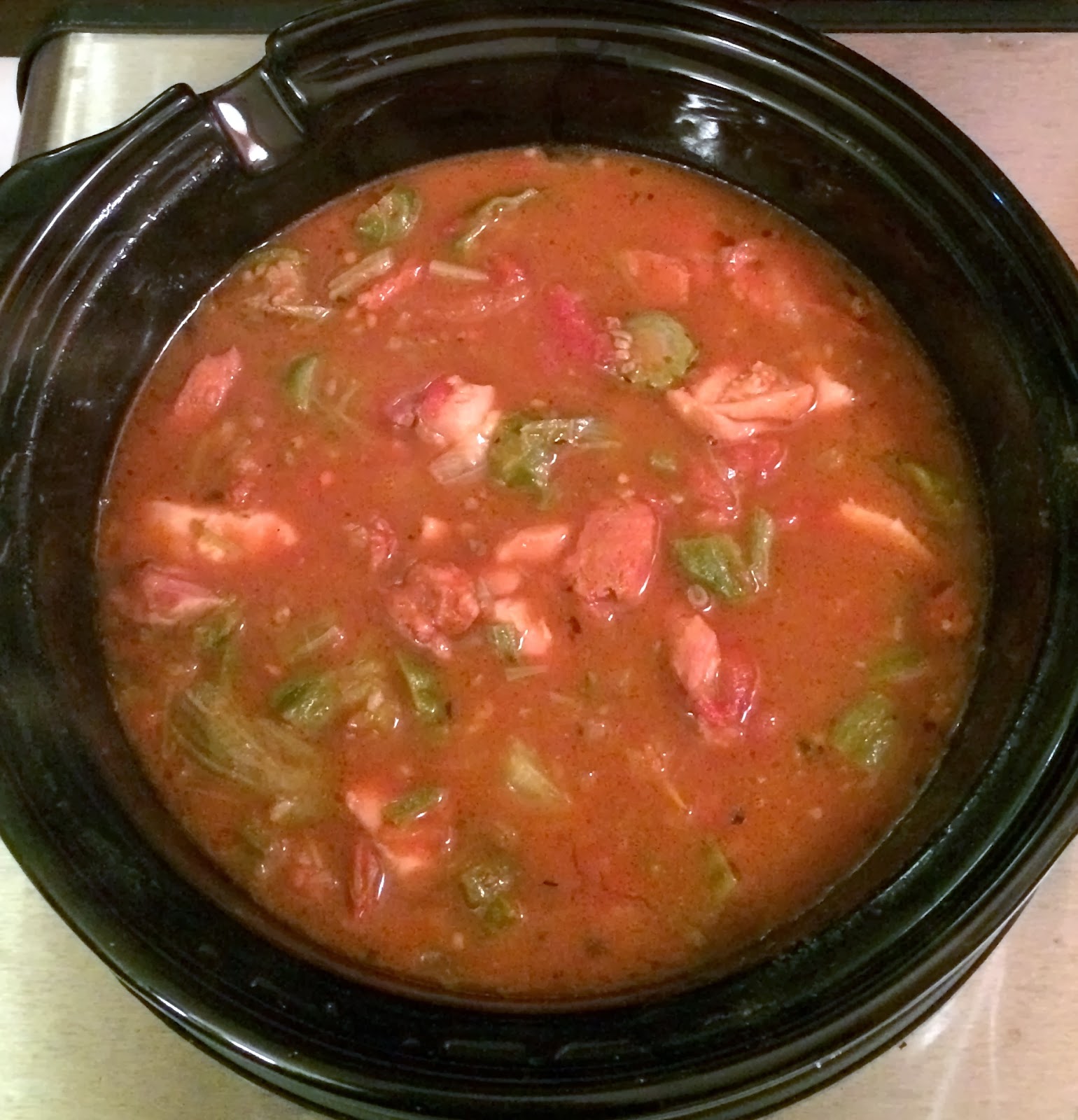 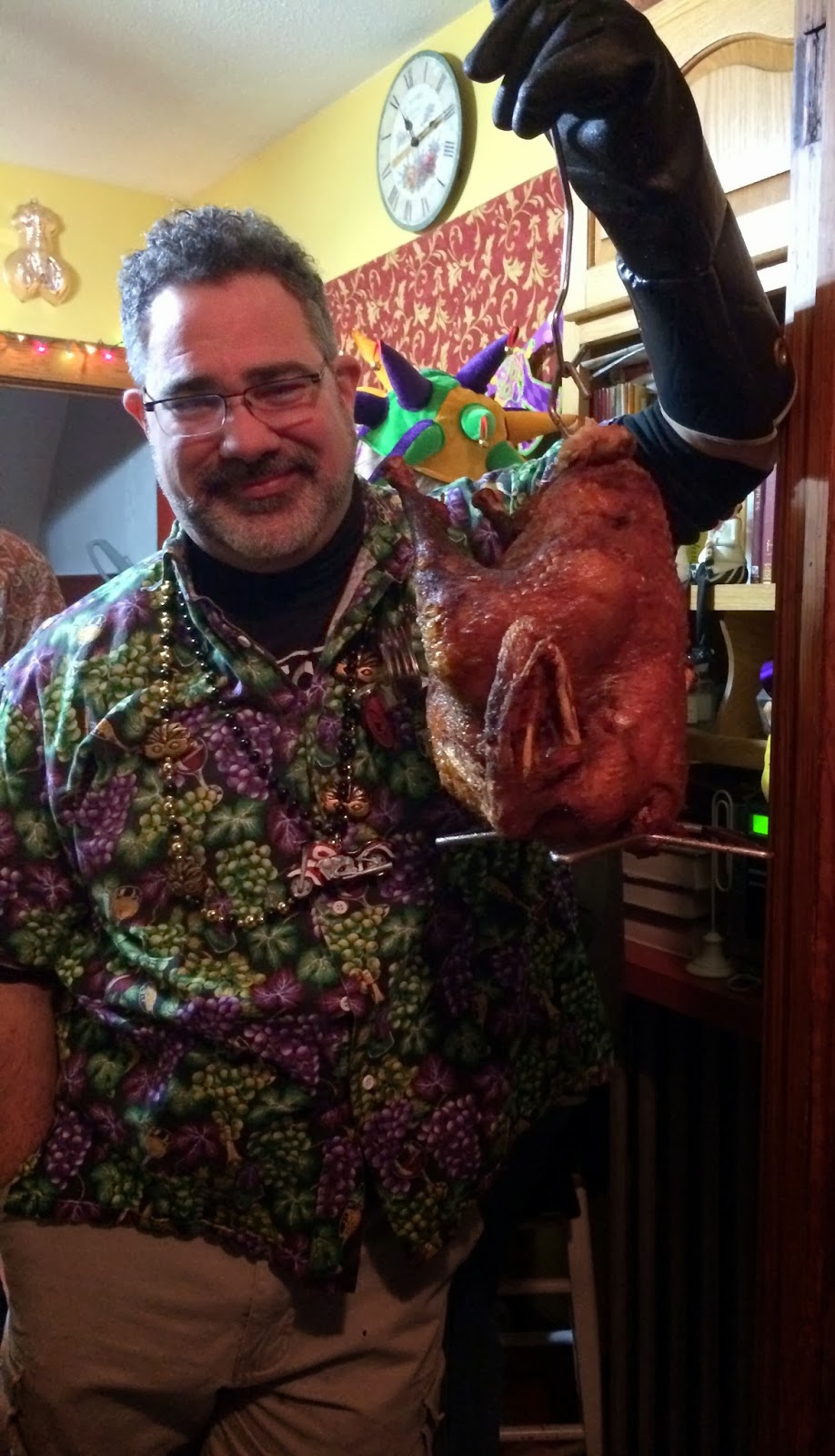 As always, we supplied the hurricanes (four gallons!), fried turkeys (seven of them!), and Coca-Cola ham (a 13-pounder). We also made chicken and andouille gumbo (K's Semi-Homemade recipe), and "Mardi Gras Pasta Salad" (recipe below). Over 100 guests, ranging in age from 7 weeks to nearly 70 years old, brought a wide variety of dishes such as: jambalaya, shrimp ceviche, jalapeno meat poppers, a plethora of dips and chips, kielbasa, andouille, and so many more. And that doesn't include the desserts, with cupcakes in such flavors as: Mardi Gras margarita, red velvet, and chocolate with chocolate frosting; plus cookies like Mardi Gras meringues, Barb's famous chocolate chip, and inside-out Almond Joy macaroons; not to mention brownies, various other bites, and "Frenchie's" most amazing King Cake. 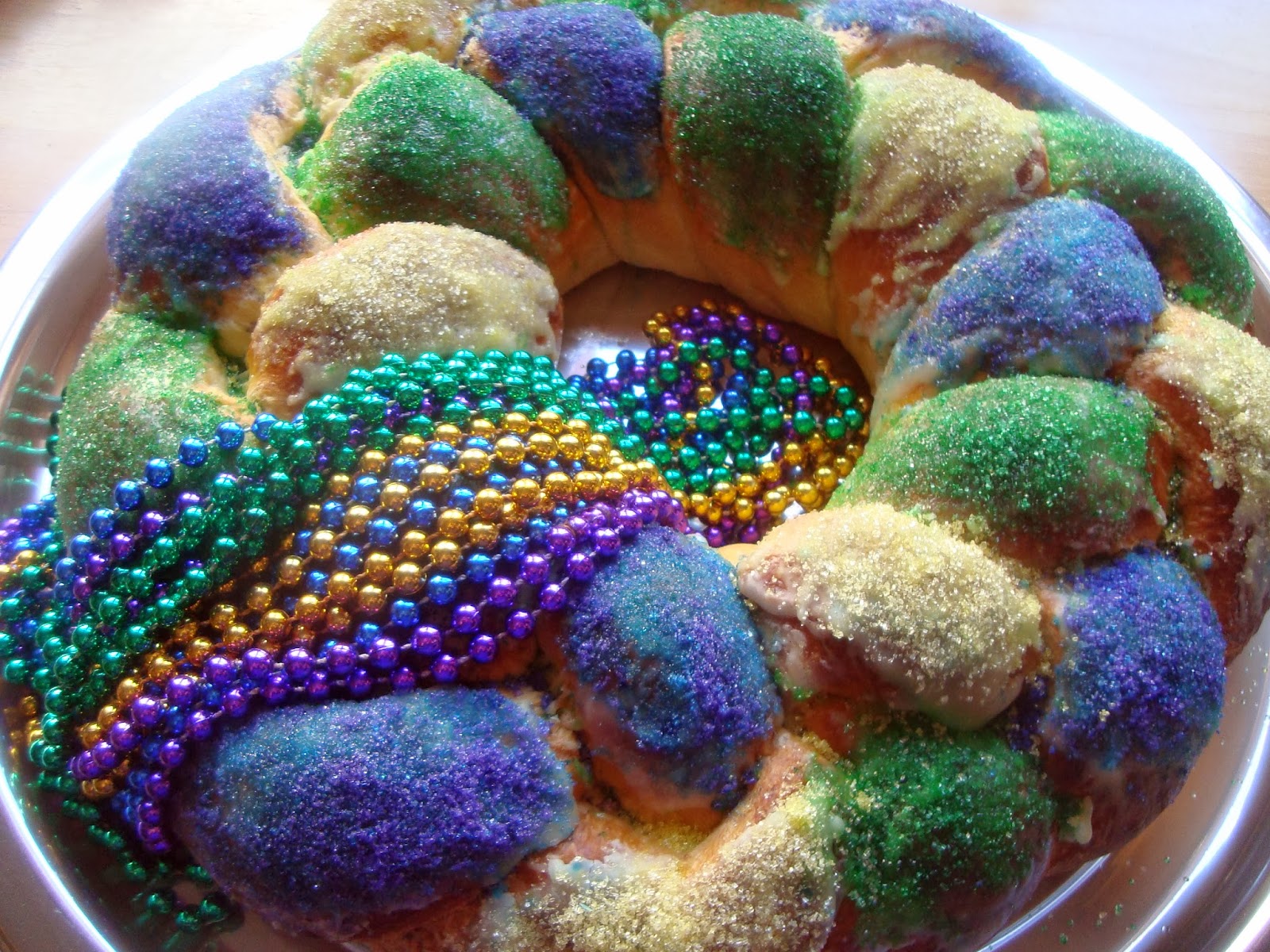 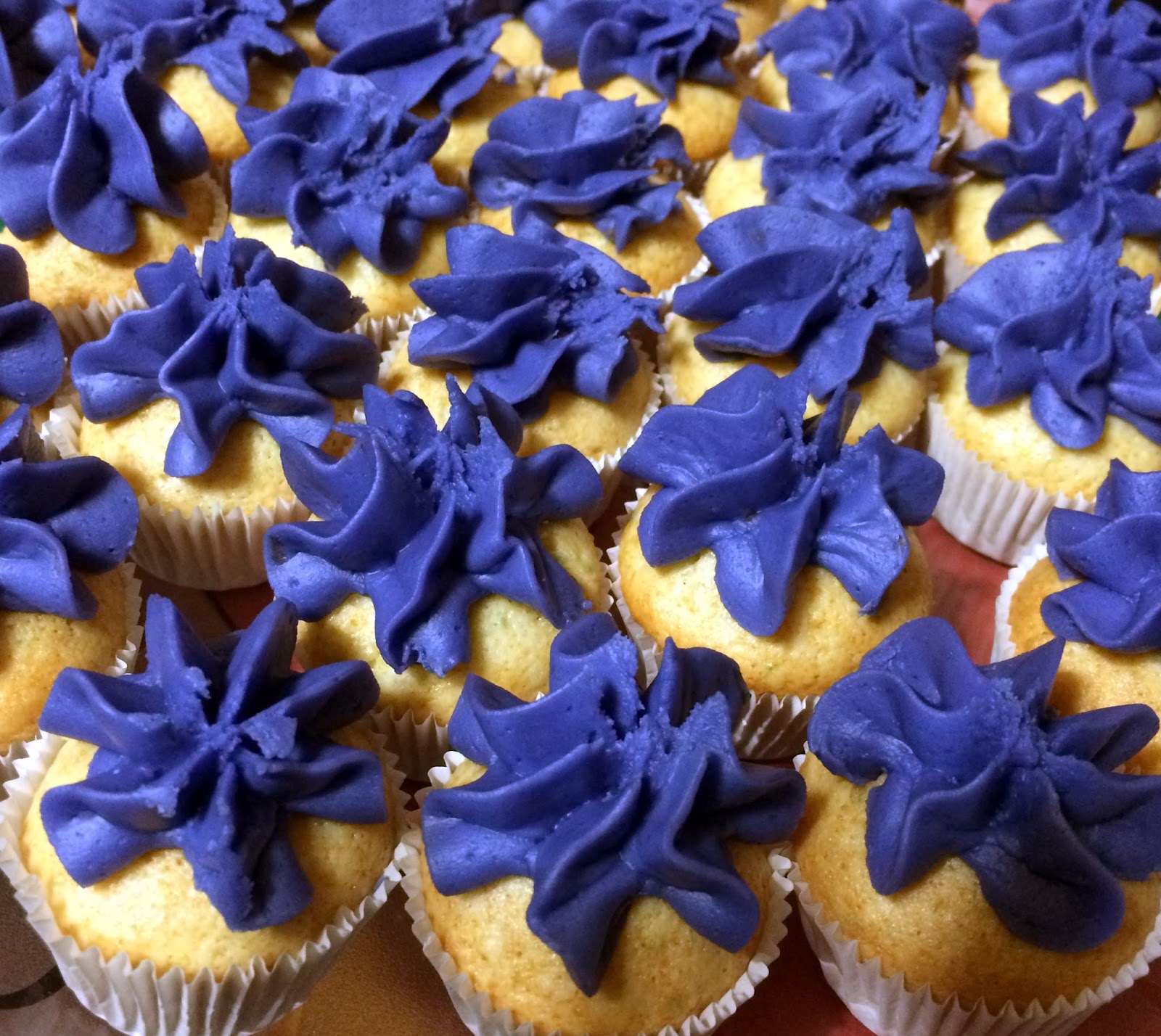 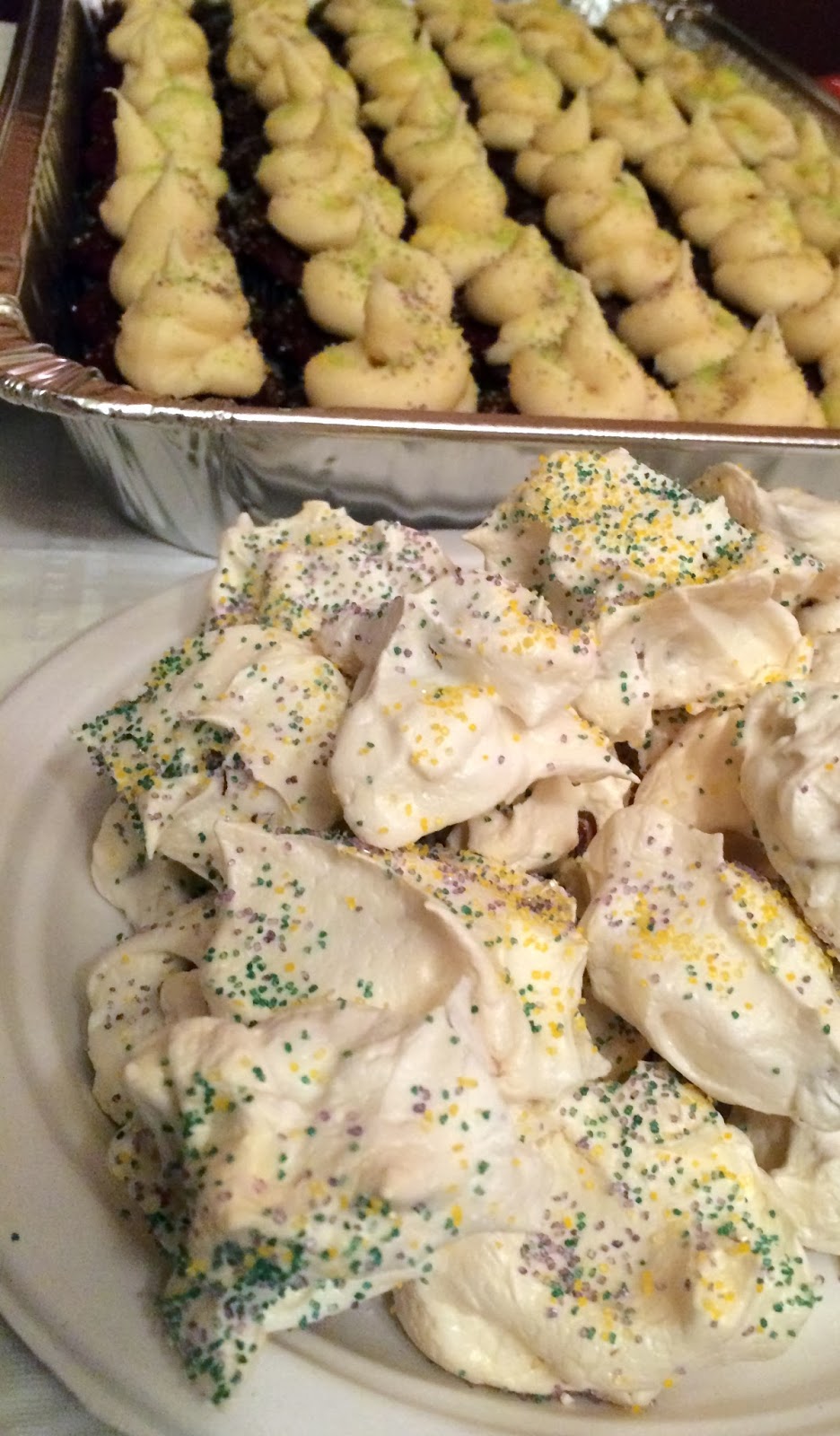 To manage the hostessing and take pictures of all of that is nearly impossible, but here are a few shots to inspire you to "Laissez les bon temps rouler!" And don't forget the recipe for Mardi Gras Pasta Salad, which can very easily be doubled, tripled, or quadrupled to suit your own Mardi Gras Party needs. It was inspired by two of New Orleans' most famous foods - the muffaletta sandwich and Gulf shrimp. 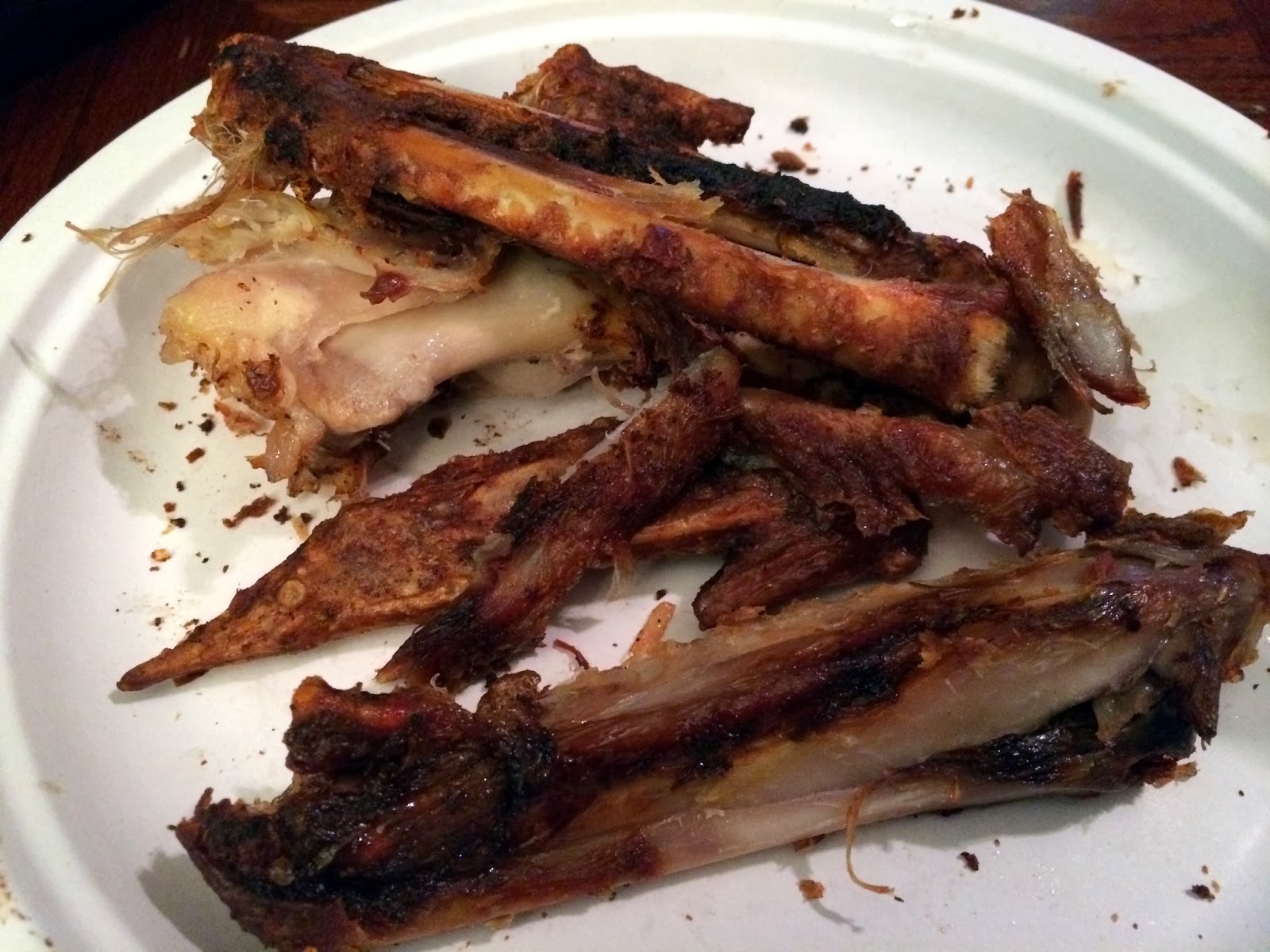 And, not for nothing (as C's family loves to say), Amy would like to add that the best part of hostessing is being reminded of how blessed we are to have so many amazing people in our lives. And the second best? Getting to eat the crispy-crunchy turkey wings the next day for lunch. Just sayin'. 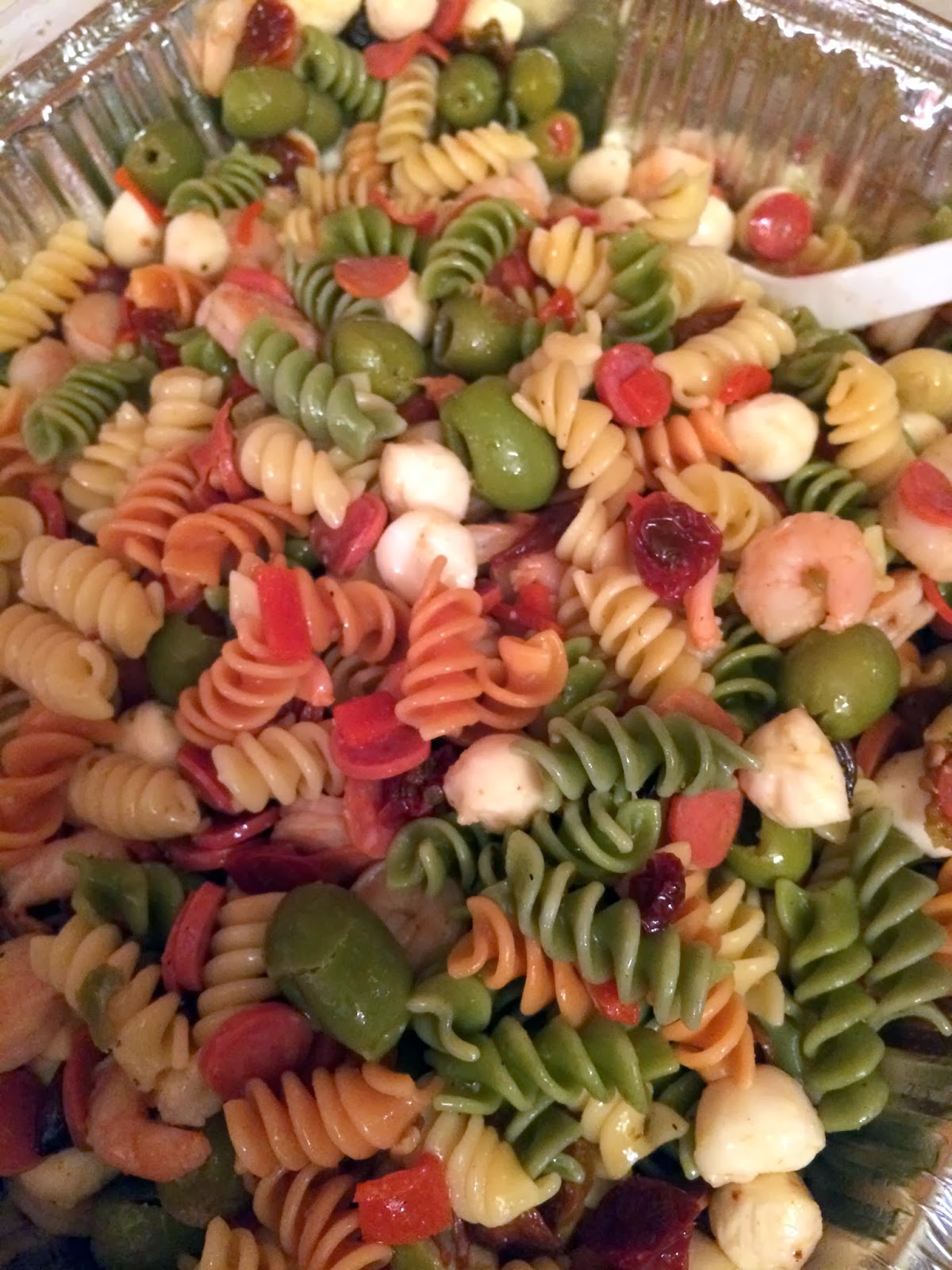 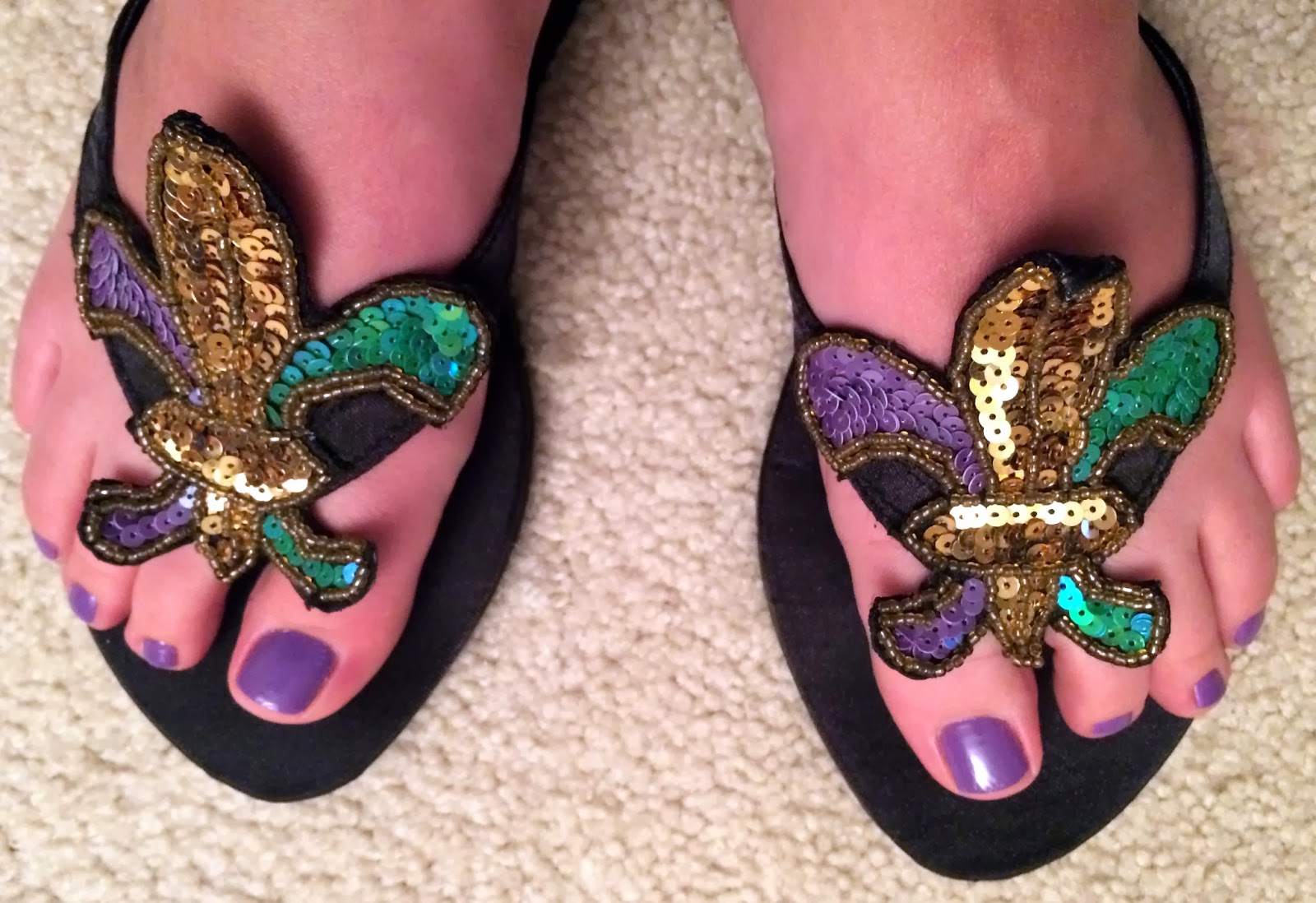 What a party!
PS Love the flip flops ;)