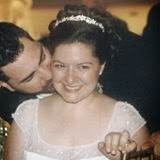 We're Chris and Amy White, a married couple who are both teachers by day and would-be chefs by night. Our motto is "The couple that sautés together, stays together," so we spend a lot of our at-home time creating culinary concoctions in our kitchen, making us "A Couple in the Kitchen." When we aren't cooking, we're eating out, traveling, or in some other way thinking about our next great meal. You'll find our own recipes, our versions of other people's recipes, restaurant and other types of reviews, and miscellaneous additional food-related posts on this blog. 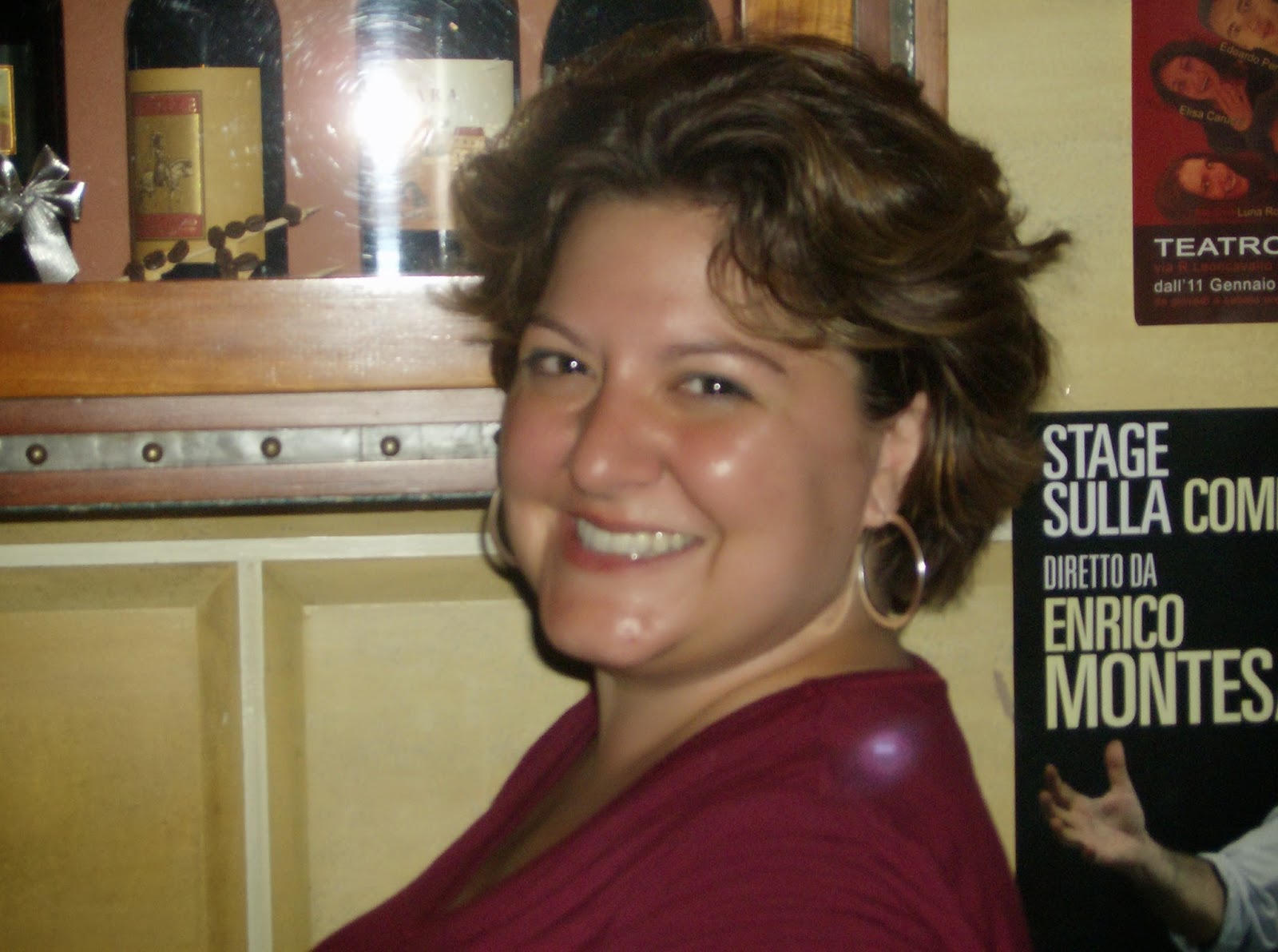 About Amy - The first thing Amy learned to cook by herself was Kraft Macaroni 'n Cheese. Even way back then, she considered the directions on the box to be merely suggestions, and to this day, prefers her secret shame Kraft dinner to be "firm, yet watery." She started working at a local breakfast joint in her teens, first serving, then cooking as a short order cook (no pun intended, as she is only 4'11'' tall). She gradually made her way to the neighborhood "restaurant and lounge" where she was a decent enough server but was not allowed in the kitchen. From those days in Chicopee (home of the King Kielbasa), to Boston (for college), to New Orleans (grad school and her first teaching job), school was priority one, while waiting tables for extra money was a close second. Casual, steakhouse, fine dining, small chains - she worked them all, but it was in New Orleans that, thanks to a boyfriend/chef (it didn't work out), she really got into cooking. She took her first cooking class in Rome and still takes one when she can. In 1998, she made her way back home to New England and in the midst of a one-person pity-party, answered an intriguing personal ad. 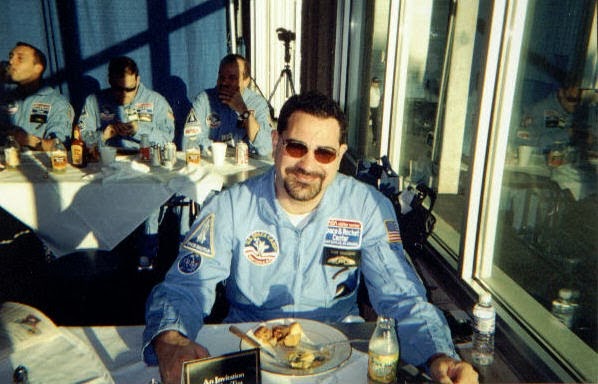 About Chris - His personal ad stated that he liked to cook and had a good friend in fine wines. Amy was immediately intrigued. The baby of seven, Chris learned to eat whatever was put in front of him and to do so quickly. An self-professed "ethnomusicologist," this Renaissance man has many interests in addition to musical and culinary ones, including exploring science (particularly astronomy) and technology, enjoying the occasional cigar, bourbon, and being out in nature. He loves to travel and is happiest when he is experiencing new things. Being half-Italian, cooking comes naturally to him.  He worked part-time for a catering company while he was in college, but is mostly self-taught when it comes to cooking. Still, he's been known to make (from scratch!) both boozy hot chocolate and a mean risotto on top of mountains. After hiking parts of the Appalachian Trail and a cross-country road trip with a friend, he settled into his first teaching job. Hoping to find friendship and/or more, he placed a personal ad and in the autumn of '98, got a reply. 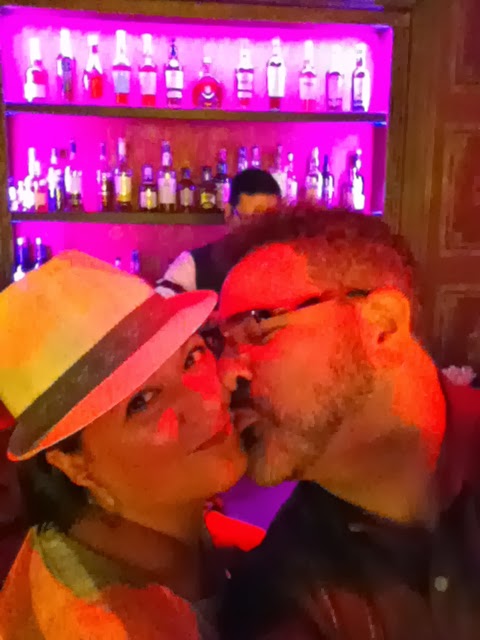 Shortly after, they met in person, eventually fell in love and got married, and it's been A Couple in the Kitchen ever since. 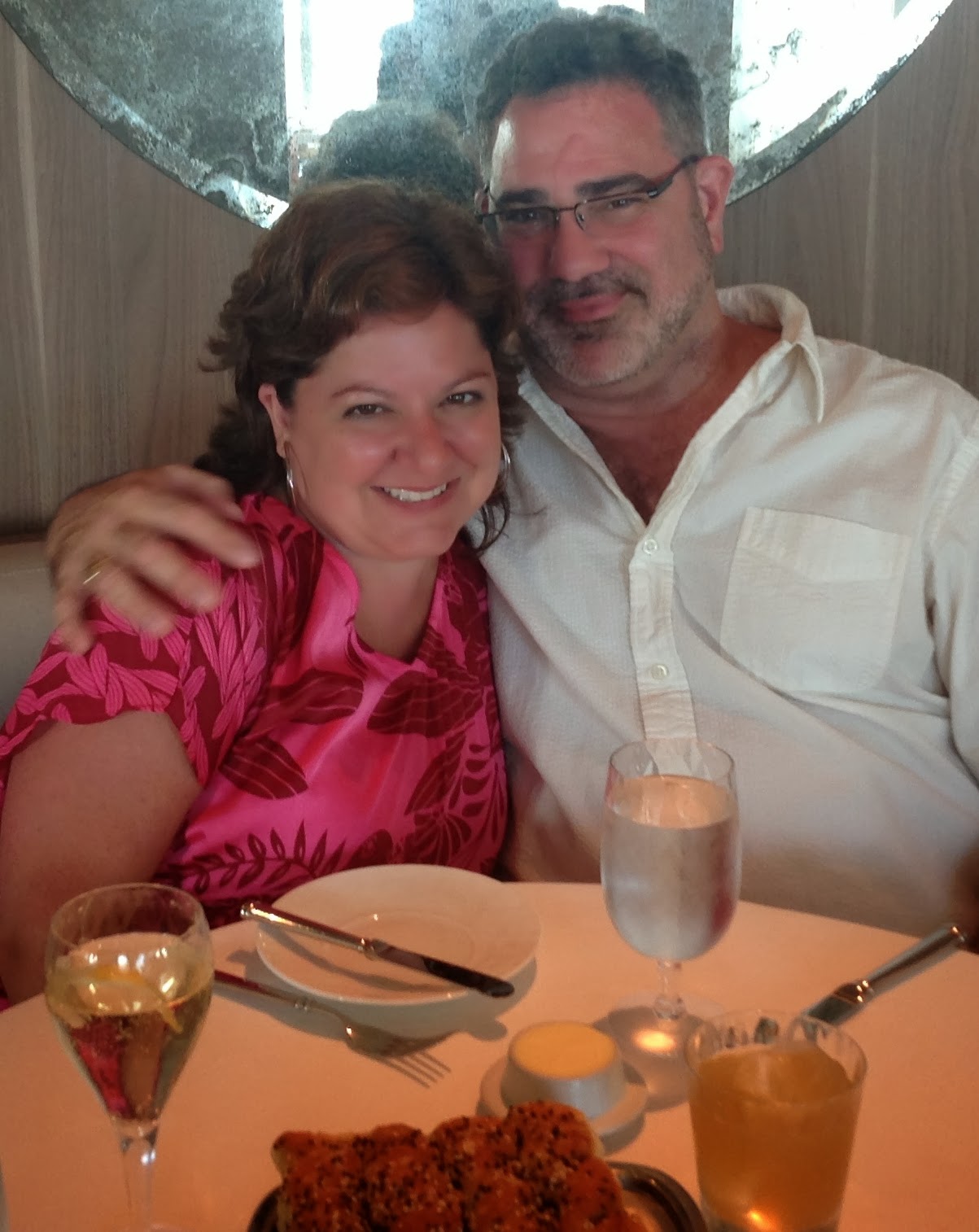 Feel free to make comments, ask questions, or simply drop us a line here on the blog or by email: amyswhite@cox.net.