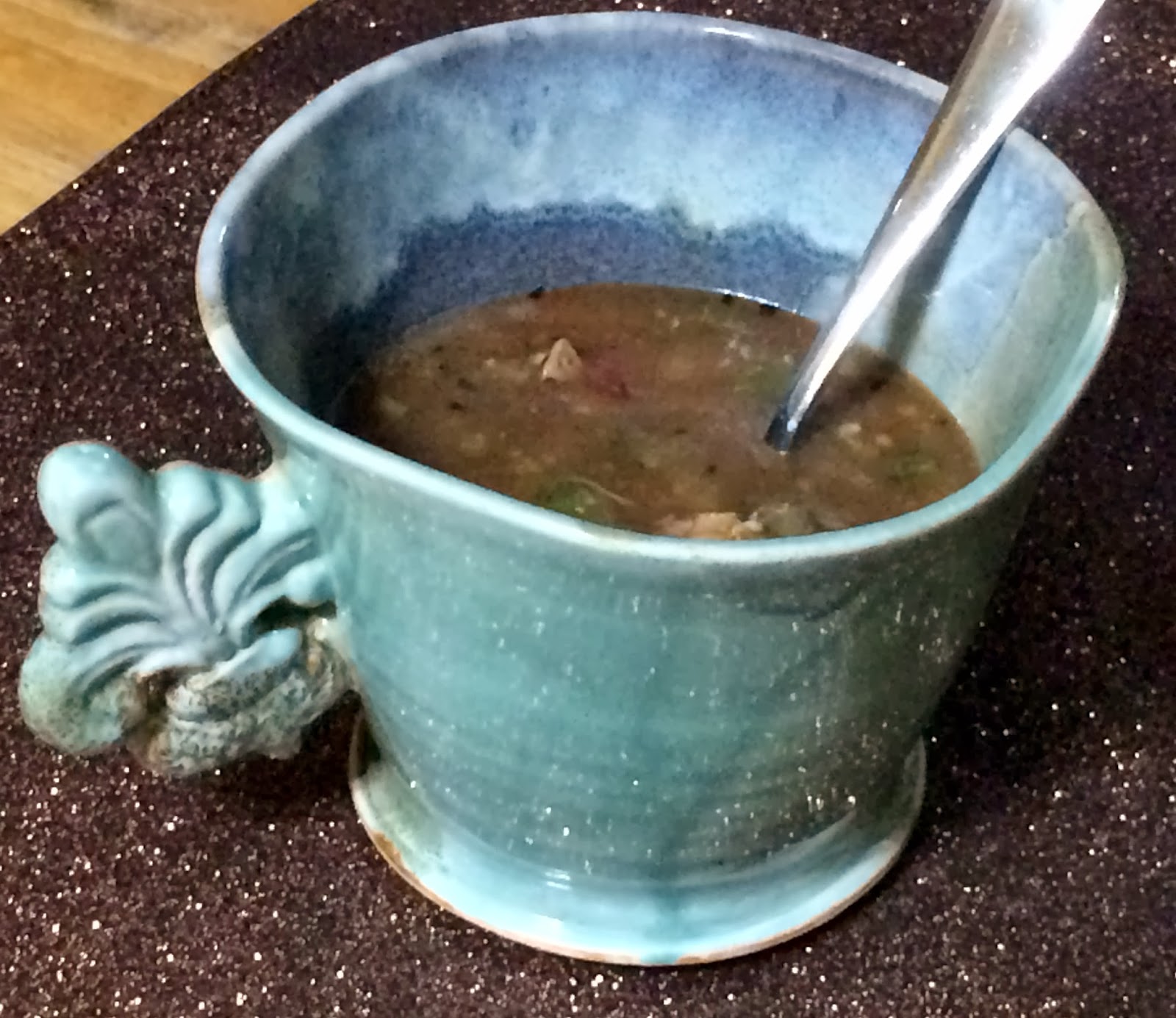 We were in New Orleans over the holidays visiting with our friends K and J when it suddenly occurred to Amy to ask K how she makes her gumbo. In the proud fashion only a Southerner could pull off, K explained that she started with Zatarain's Gumbo Base and then "doctored it up." Now, Amy loves Zatarain's products. In fact, she once served Zatarain's Shrimp Creole to a New Orleans native who claimed disbelief that something so delicious could come from a Yankee's kitchen. (Well, with a little help.) And if Zatarain's is good enough for K, it's good enough for us. 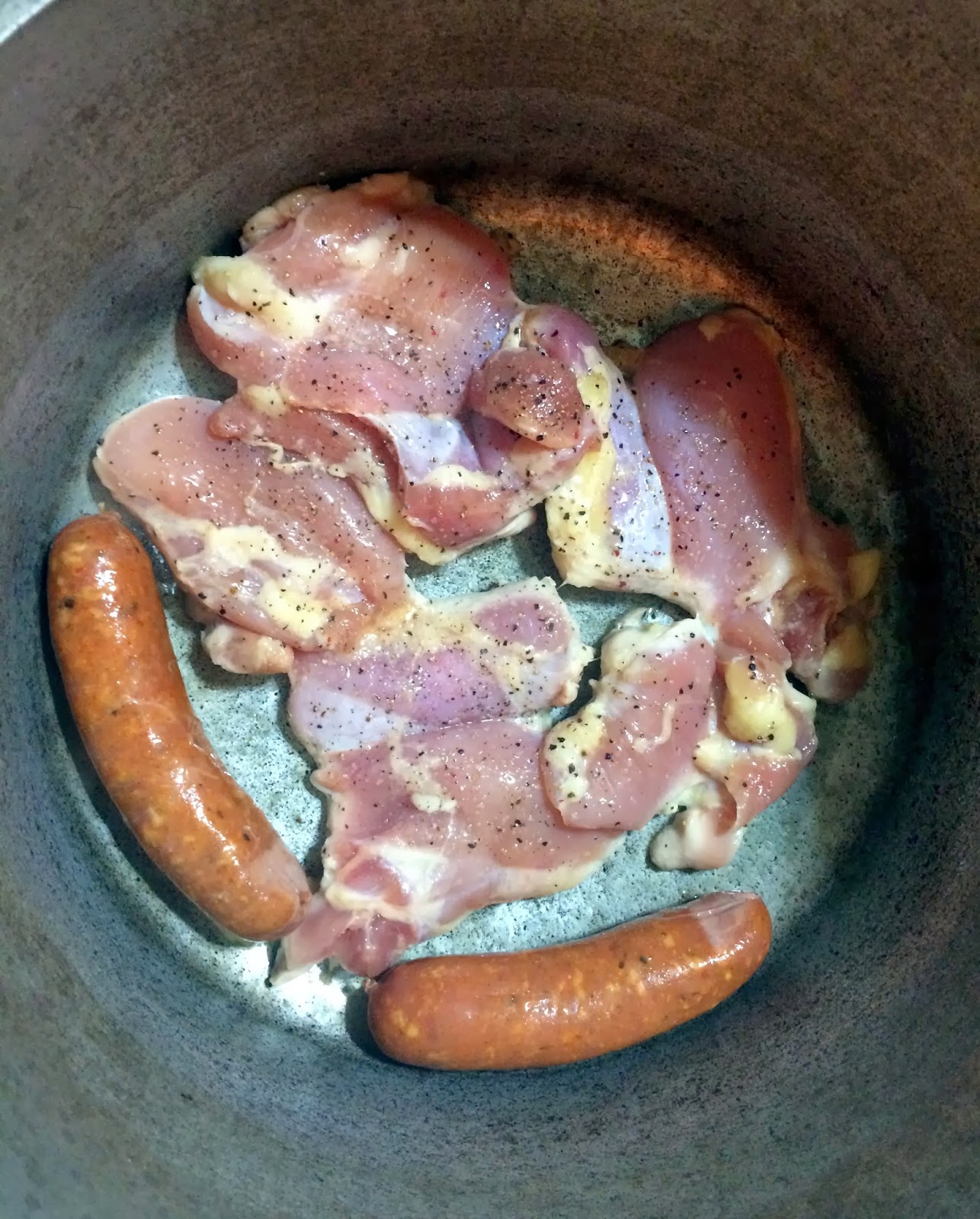 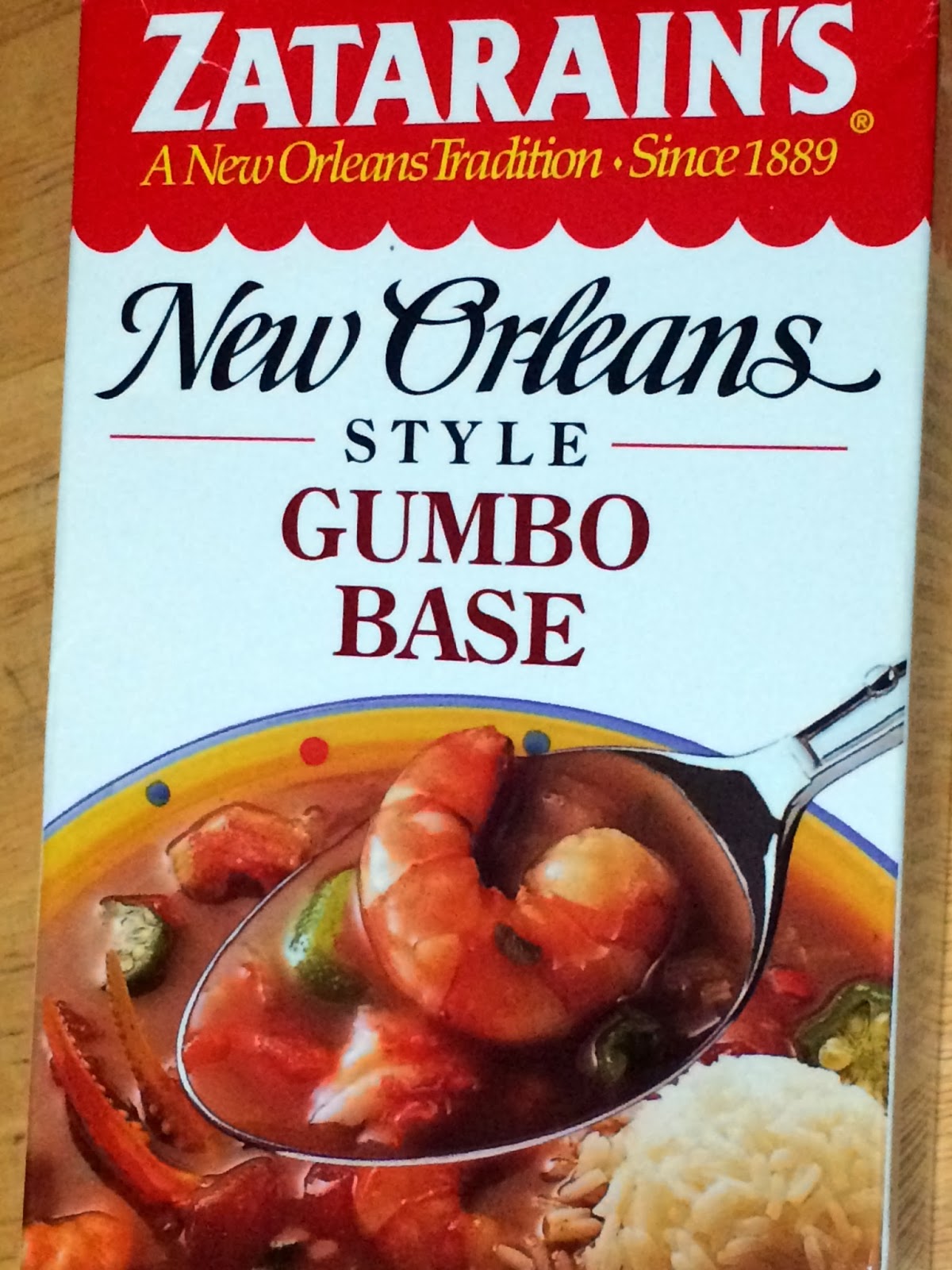 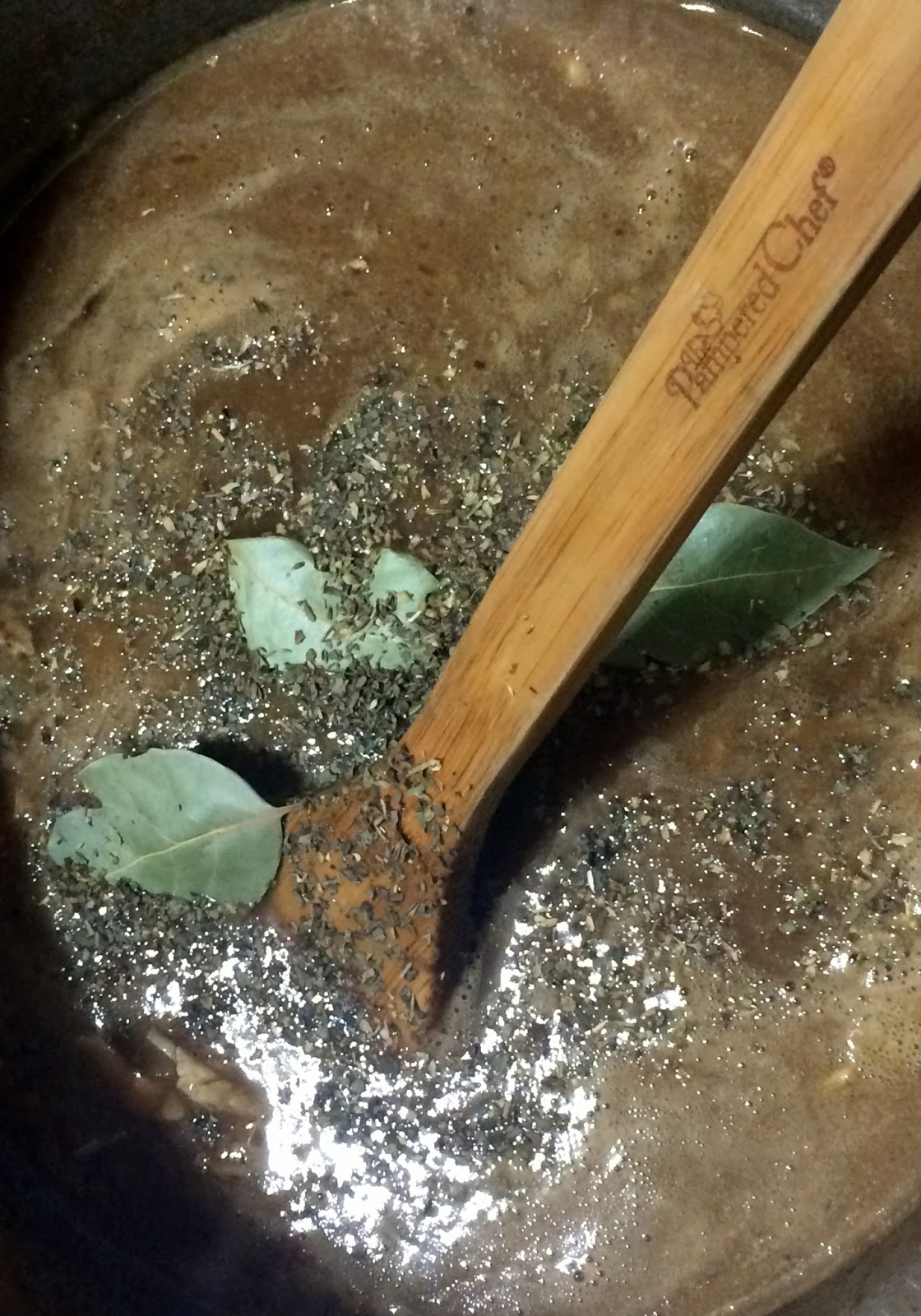 Missing NOLA (and K and J!) already, we decided to make K's "Semi-Homemade" Gumbo yesterday and it was perfect. We don't serve ours with rice, just plenty of crusty bread to soak up the thick, gravy-like stew. And while we used boneless, skinless chicken thighs and andouille sausage in ours, any mixture of meat and/or seafood that you like can be thrown into the gumbo pot. This recipe made eight servings, so there was enough for dinner and a couple of Louisiana-style lunches. Laissez les bon temps rouler! We're going to have to make this for Mardi Gras! 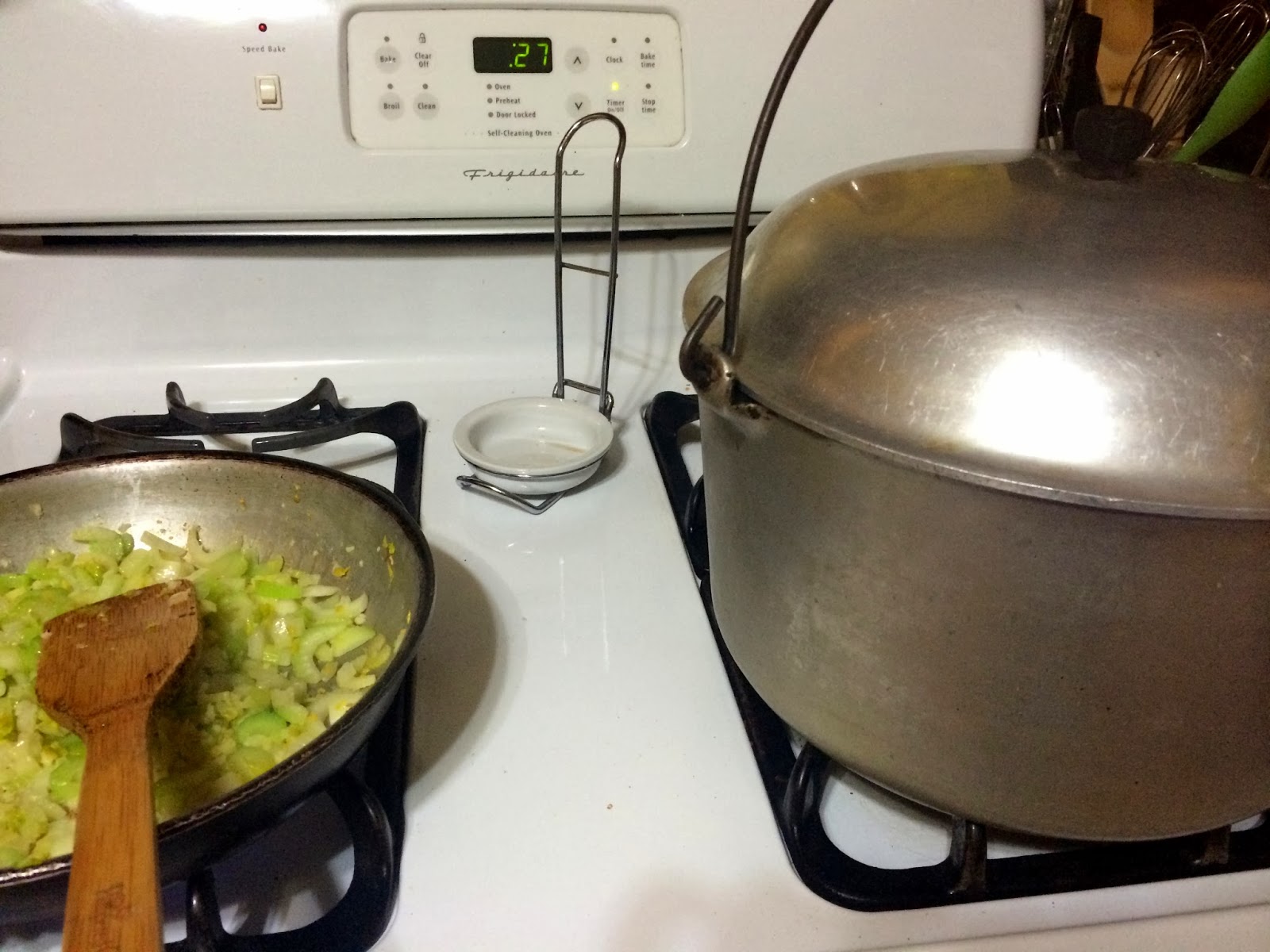 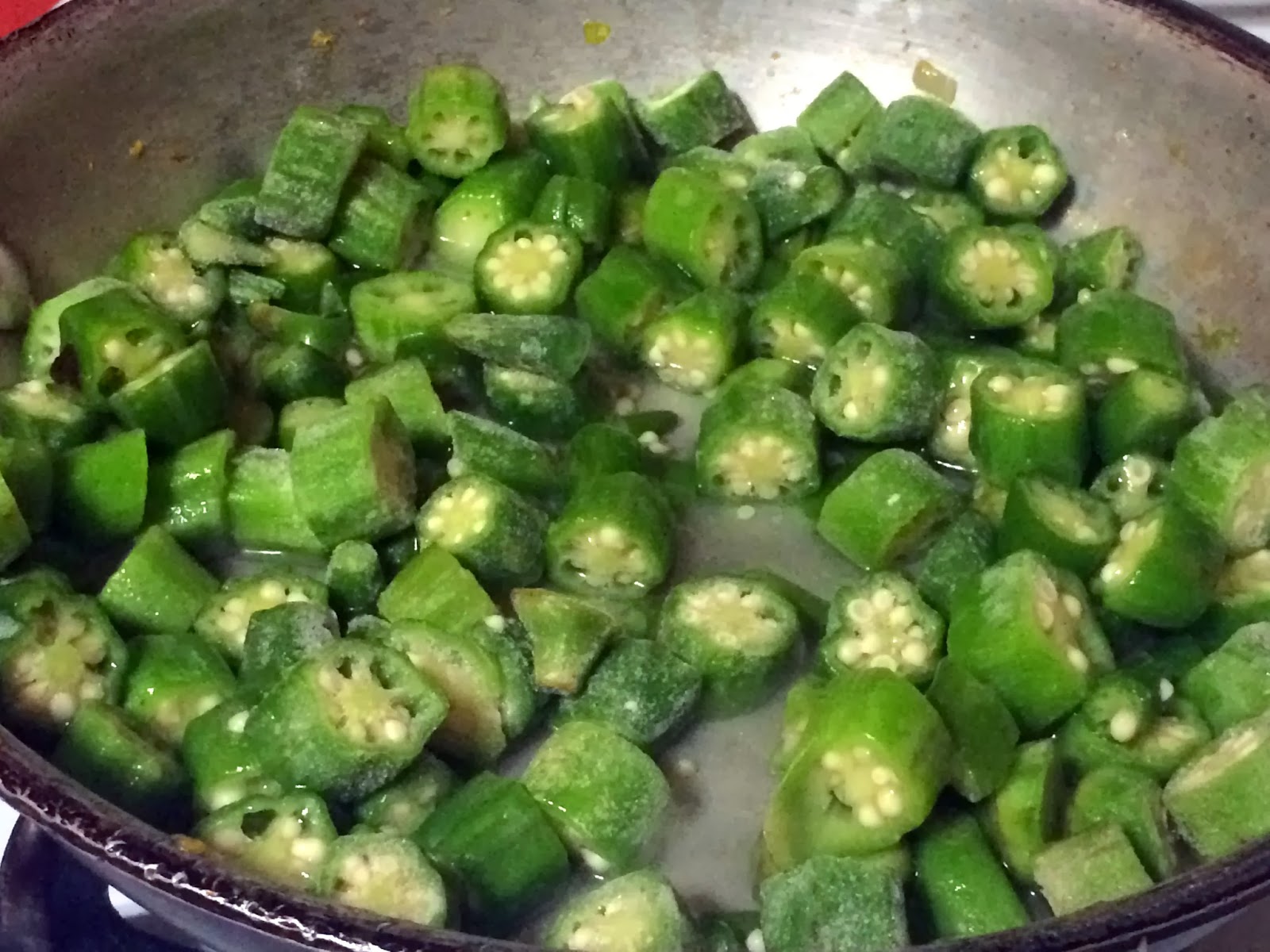 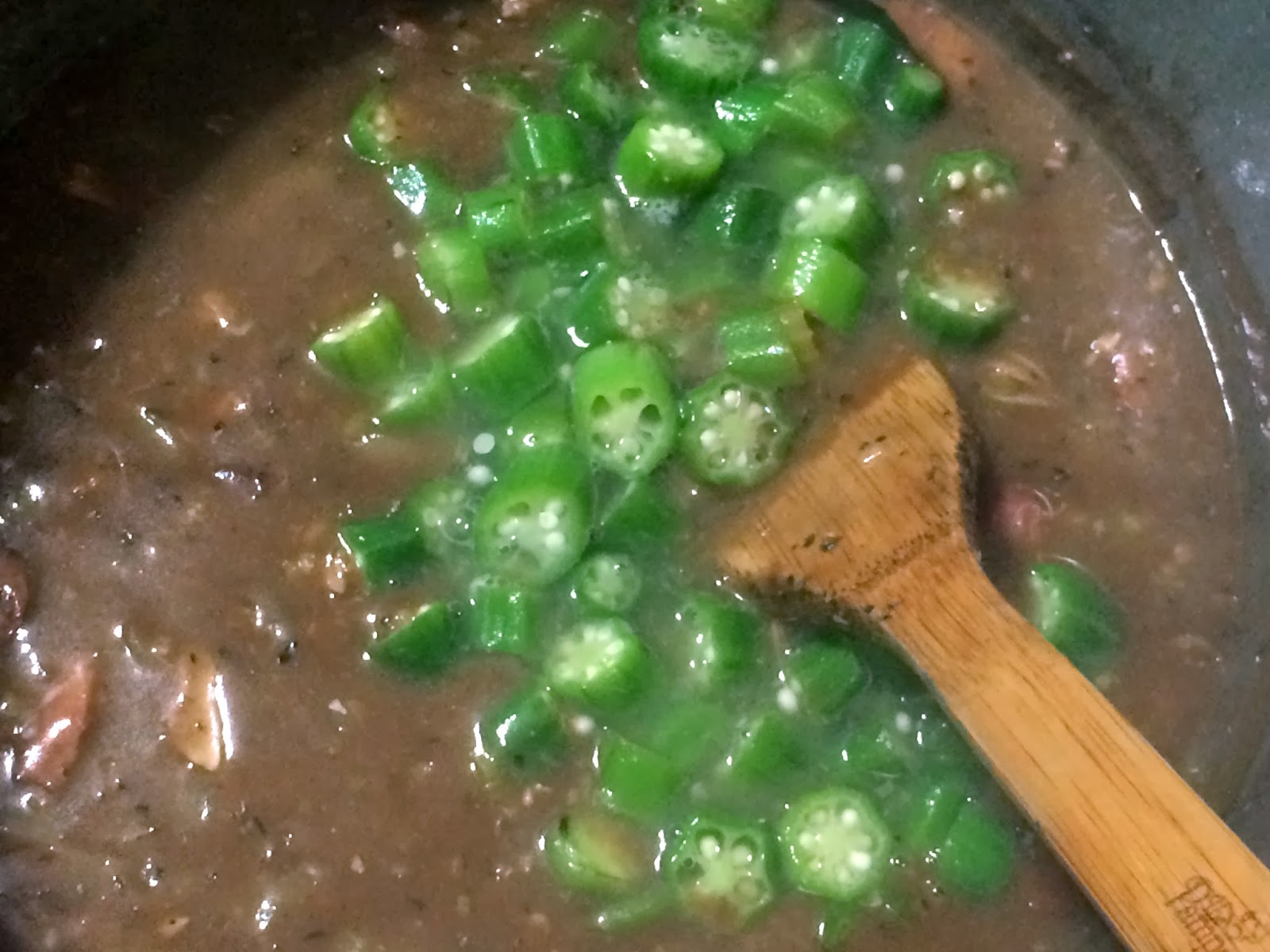 In a large pot, combine the gumbo base, water, browned chicken and/or sausage (if using seafood do not add yet), 2 tablespoons oil, bay leaves, and a shake each of dried herbs, salt and pepper. Stir thoroughly and bring to a boil. In the meantime, heat last tablespoon of oil in a skillet. Cook onion, celery and garlic until softened. Add to the pot, then re-season with herbs, salt and pepper to taste. When mixture comes to a boil, reduce heat and simmer over low heat for 30 minutes, stirring occasionally. As all of that cooks, put frozen cut okra in the vegetable skillet with 1/2 cup water.  Bring to a boil, cover, and cook on medium until the okra is soft. Then add the okra and tomatoes to pot. Continue to cook until the 30 minutes are up. (If adding seafood, add after 20 minutes of cooking, return to a boil, then cover and simmer another 10 minutes.) Serve over rice and/or with crusty bread. 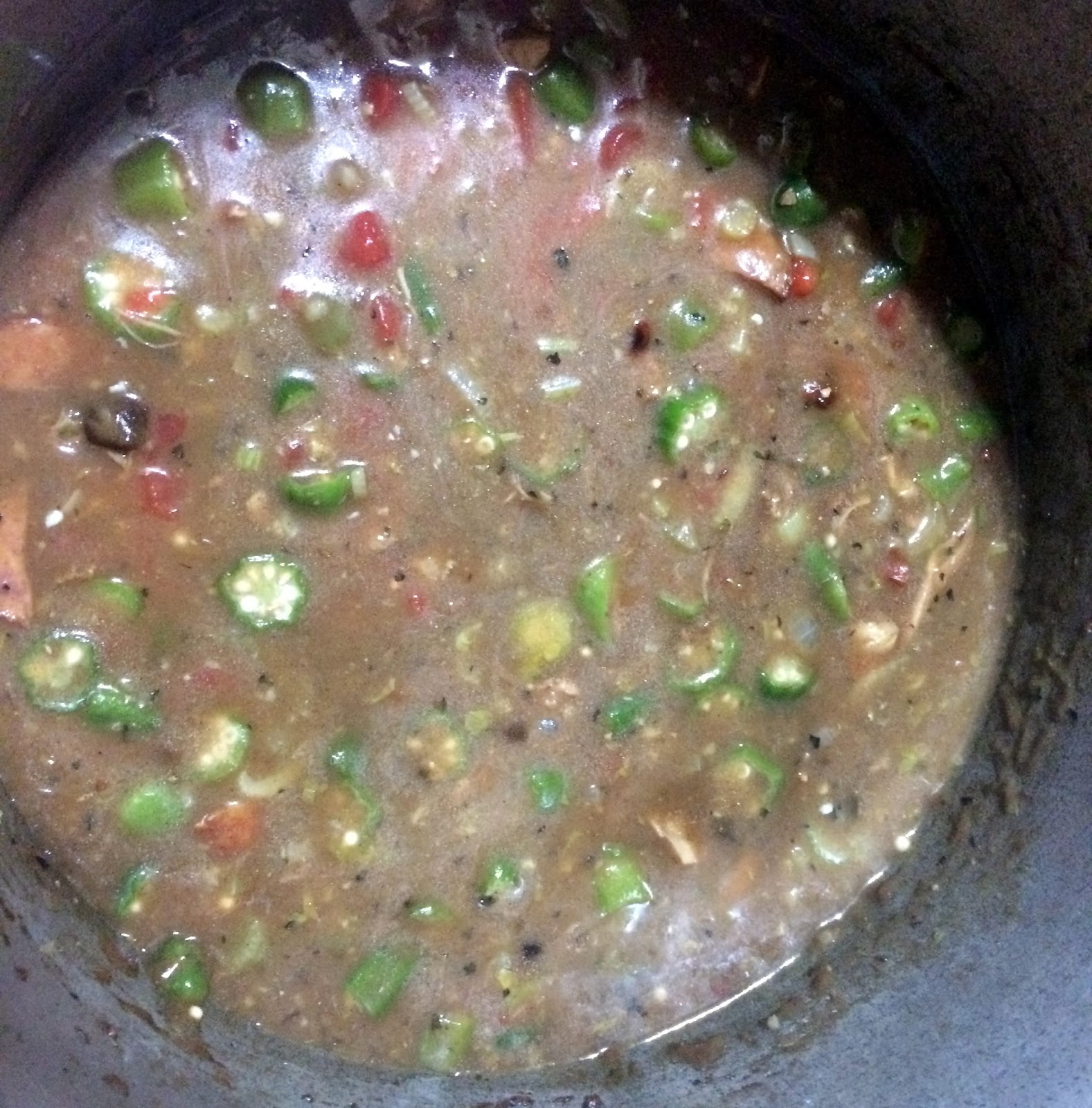 Love the new bowls! Can't wait to try it.

Can I ask where you got those great bowls/mugs? Thanks!

The mugs are from a potter who was selling them in the French Market in NOLA in December of 2013.