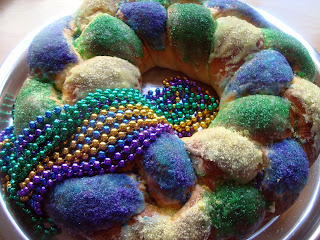 If we say so ourselves, our annual Mardi Gras Madness party has become somewhat of a legend. Last year was an excellent example of its reputation - read about it here. This year, we spent much of last week prepping for the epic-ness - buying, thawing, injecting (with secret marinade), and rubbing 6 turkeys; boiling 10 pounds of ham in cola; purchasing all the ingredients for muffaletta pasta salad; having Pat O'Brien's Hurricane Mix shipped to the house. You know the drill. Oh, wait, you don't? 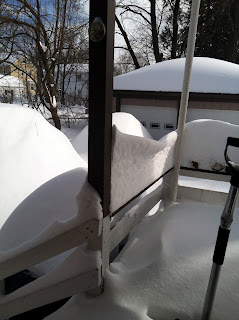 This party has been happening since 2003. So we were rarin' to go for the 10th anniversary Mardi Gras Madness. 87 people responded "YES," and we were ready. Then came Nemo. 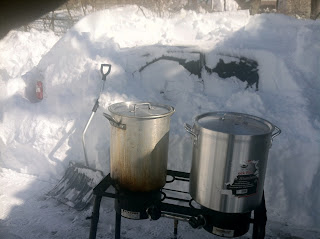 Turkey set-up. That's Amy's car behind it. Yup. It was that bad.

Nemo dumped nearly 3 feet of snow on us the-day-before-into-the-day-of the party. When, at noon on Saturday, the governor declared that ALL roads were closed to traffic, we postponed to the next day. Surely that would be plenty of time for people to dig out, for roads to be plowed, for power to be restored? Maybe not so much. 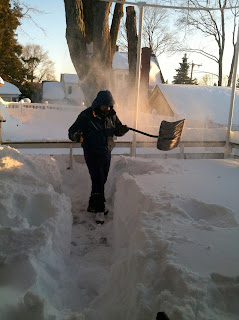 Chris digs out our back deck

Sunday morning, the Krewe was intact, shoveling, snowblowing, and helping us set up for who knows how many guests. Every year we rely on our Krewe to help us set up, clean up, whatever, and this year, even more so. We even had the neighborhood kids (8 and 3 1/2 year olds) helping out.  Super special thanks to G, S, B, D, J, N, K, W, B and especially, L for all you did. We couldn't have done it without ya'll, as usual! 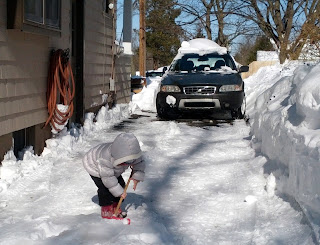 By 12:45 we had 3 guests at the house (including a strange bearded man - pictured below) and things looked somewhat dim. Over the next several hours, however, the regulars rallied. We ended up with about 40 people, all of whom brought wonderful dishes to add to the fried turkey, cola ham, and muffaletta pasta party. Hurricanes were plentiful, though some people thought they should be called "blizzards" this once. Awesome pastry chef C brought a king cake worthy of the best Big Easy bakery. There was shrimp dip, shrimp and grits, drunken andouille pigs in a blanket,  Mardi Gras meringues, spanokopita, B's best chocolate chip cookies, Mardi Gras cupcakes, and so much more. B even sent her amazing quiche for us to enjoy the next morning. She is the sweetest thing!!! 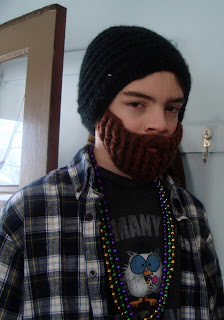 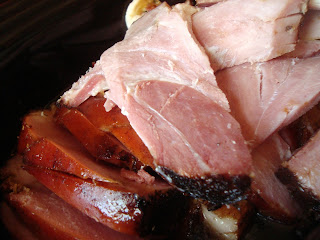 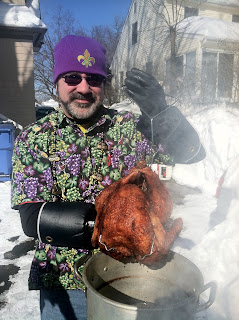 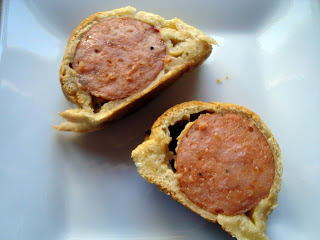 Drunken Andouille in a Blanket 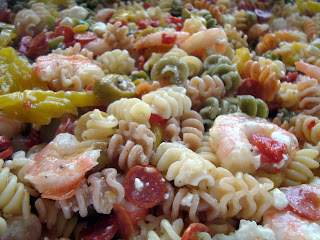 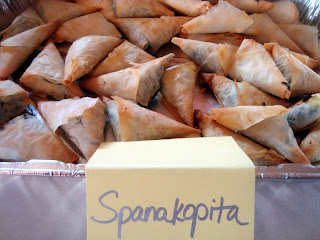 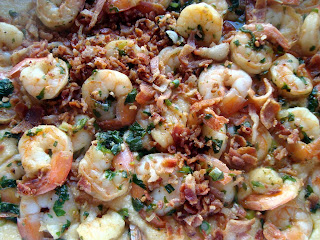 Around 5, a bunch of us teachers got text messages saying schools and other "non-essential personnel" were not to report to work on Monday. This brought cheers and a round of shots for those of us who are proud to be "non-essential." We ate, drank, visited, and celebrated until around 10, when the party wound down. 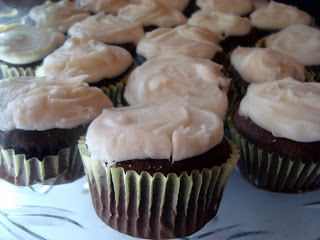 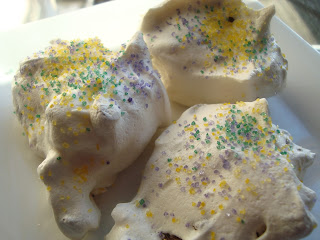 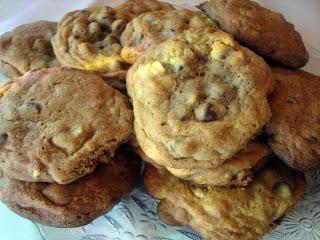 Suffice it to say, not even 34 inches of Winter Storm Nemo can stop Mardi Gras!
Laissez les bon temp rouler!!! 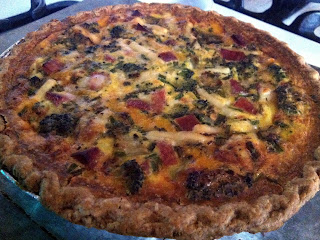