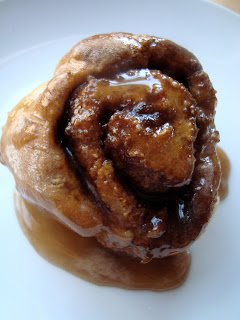 As members of the Secret Recipe Club, we are assigned someone's food blog each month and we choose one of their recipes and make it our own. When we were assigned We Heart Vegan this month, we were a little nervous. Many of the vegan recipes on this beautiful blog, written by Brittany and Julie, include ingredients that frankly, we just aren't familiar with. However, when we spotted this recipe for quick, delicious, golden cinnamon rolls that could be made in about an hour, we were intrigued. 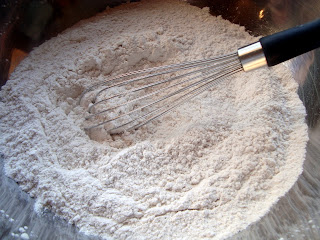 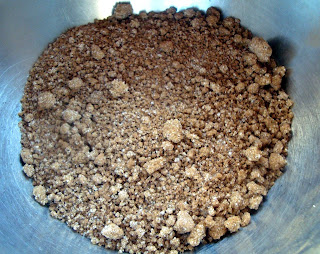 Many club members may think we are crazy for cutting it so close, but we made them just this morning, as we have today off from school for Presidents' Day. The aroma of cinnamon is still lingering in the house, and the couple of rolls that we have not yet eaten are calling out to us: "I'm so yummy! Come back and devour me!" 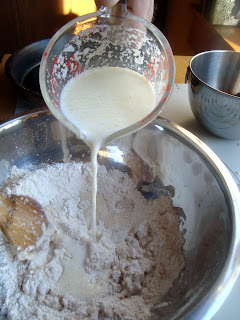 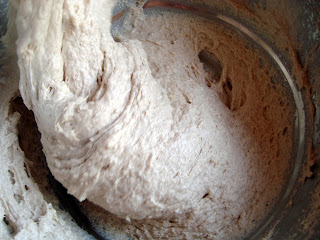 Sticky, gooey, warm and scrumptious, we truly enjoyed making and eating these sweet cinnamon buns. They were much better than anything we could buy in a popping can or at the mall, and it was satisfying to be able to control the ingredients and make a homemade breakfast bun so quickly and easily. What a perfect treat for a chilly winter's morning! Thank you, Brittany and Julie, for the recipe. 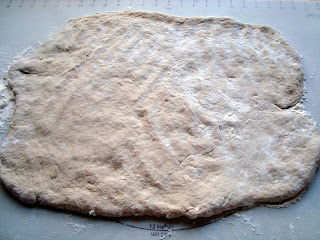 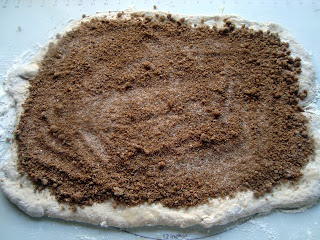 Note: We decided to give the recipe a try using ingredients we had on hand, which means that they aren't vegan, and we are truly hoping that Brittany and Julie won't be offended by our use of dairy products. Also, we prefer Roasted Saigon Cinnamon for its powerful punch. 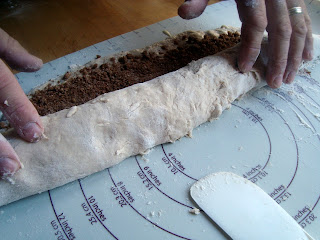 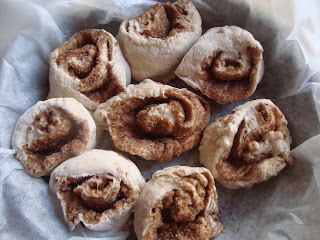 Preheat oven to 425. Line a round baking pan with parchment paper and spray it with baking spray. Whisk together the flour, sugar, baking powder, baking soda, cinnamon and salt until completely combined and slightly aerated.  In a separate bowl, combine the milk, vinegar and 2 tablespoons of the melted butter. Make a well in the center of the flour mixture; slowly pour the wet ingredients in to the well and stir with a wooden spoon until tacky, yet combined. Turn out onto a lightly floured surface and knead gently for a few turns to smooth the dough.  Add flour if needed when sticking occurs; the dough will be very soft. Using flour covered hands, gently press the dough into a large rectangle. Spread remaining 2 tablespoons melted butter over dough's surface. Continue by making the filling (below). 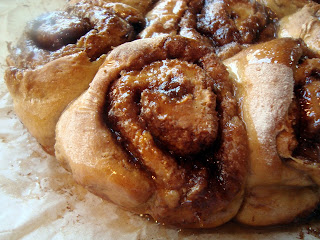 Combine all of the filling ingredients in a medium bowl. Spread the filling evenly over the buttered dough. Press firmly into dough to set. Roll the dough making sure to roll tight and straight so the ends are even.  Be sure to have a scraper close by to ease the rolling/sticking process. Once rolled, cut into the desired thickness.  Carefully place the rolls into a prepared baking dish.  Nuzzle them close together for a soft, rustic bun.  This will also help keep the buns standing on their own.  Bake for 25 minutes until golden brown. Meanwhile, prepare the golden syrup for drizzling (below). 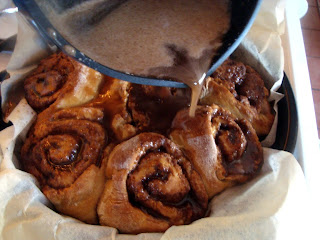 For the golden syrup:

Combine the golden syrup ingredients in a medium saucepan over medium-low heat and stir until sugar is dissolved and syrup is thin and smooth. Drizzle syrup over hot cinnamon buns and enjoy fresh out of the oven. 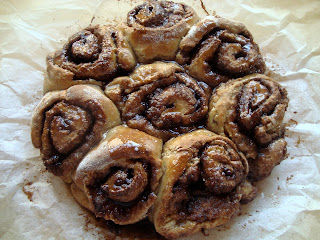 That looks great! Don't worry... We are not offended at all with your choice of using ingredients you had on hand (: glad it all worked out!!

Don't you love how the aroma lasts so long? These look so good and very simple. I know my family would love these!!

Who doesn't love cinnamon buns?! My problem is I always wake up too hungry on weekends to want to wait to eat them!

I am always sold on a cinnamon roll!

These look so amazing - must make soon :)

Yummy!!!! I'll have to check out their vegan version. I'm a fellow SRC member. Group D.

These look SO delicious I *almost* licked my screen!

sweet! I love the fact that these can be made vegan, too. My little guy has a milk allergy so vegan works well in our family. I'm new this month to the group C, so I hope you stop by and visit! http://itsyummytomytummy.blogspot.com/2013/02/avocado-cup-salad.html

mmm, what a great breakfast for a day off! just visiting from group A :)

Thanks for all the positivity!

These look amazing! Will have to give the vegan version a spin on the next family vacation :-) Awesome SRC pick - visiting from Group A

Oh my oh my!! Cinnamon rolls are my weakness!! These look so good. I'd love for you to link to my party- http://atozebracelebrations.com/2013/02/link-party-8.html
Nancy

Mmmm, I can almost taste them. Who can resist fresh cinnamon buns?

Ooh these look amazing. The smell of cinnamon in the house... nothing beats that!