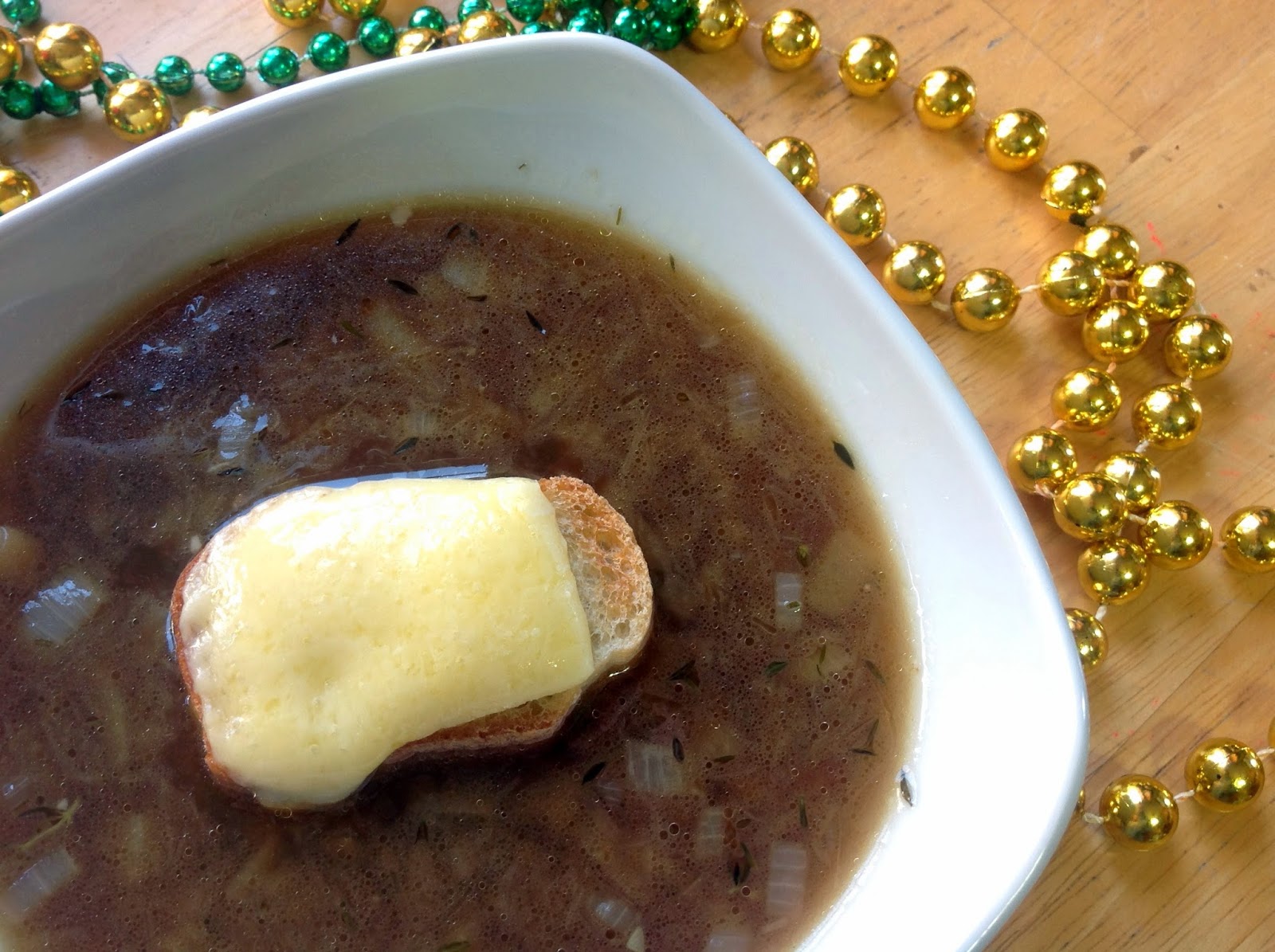 Of course you've heard of French Onion Soup. However, this is St. Patrick's Day weekend, and we needed something Irish. In the end, we found inspiration from an Italian - Michael Chiarello - with his Guinness and Onion Soup with Irish Cheddar Crouton. Confused yet? 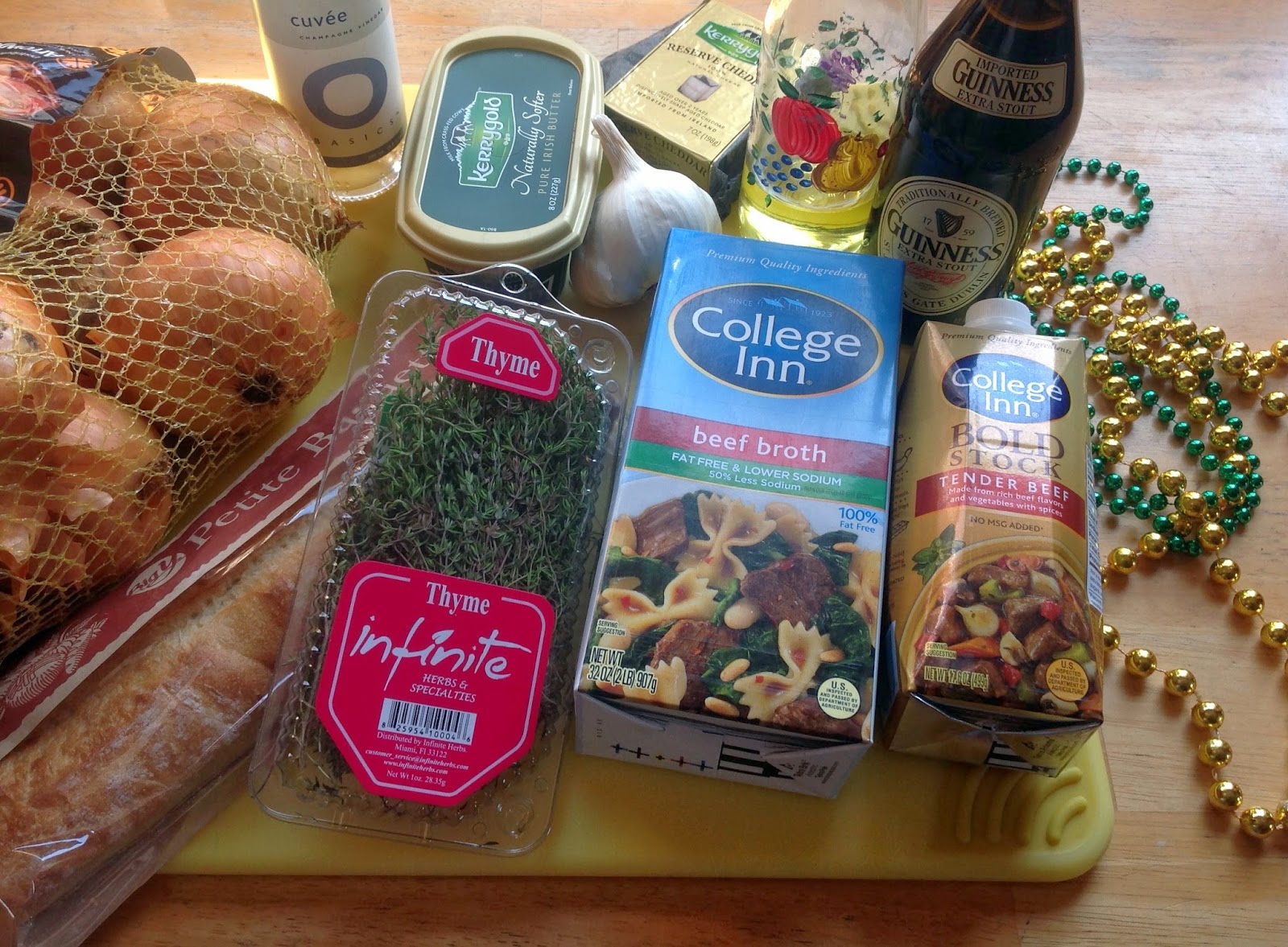 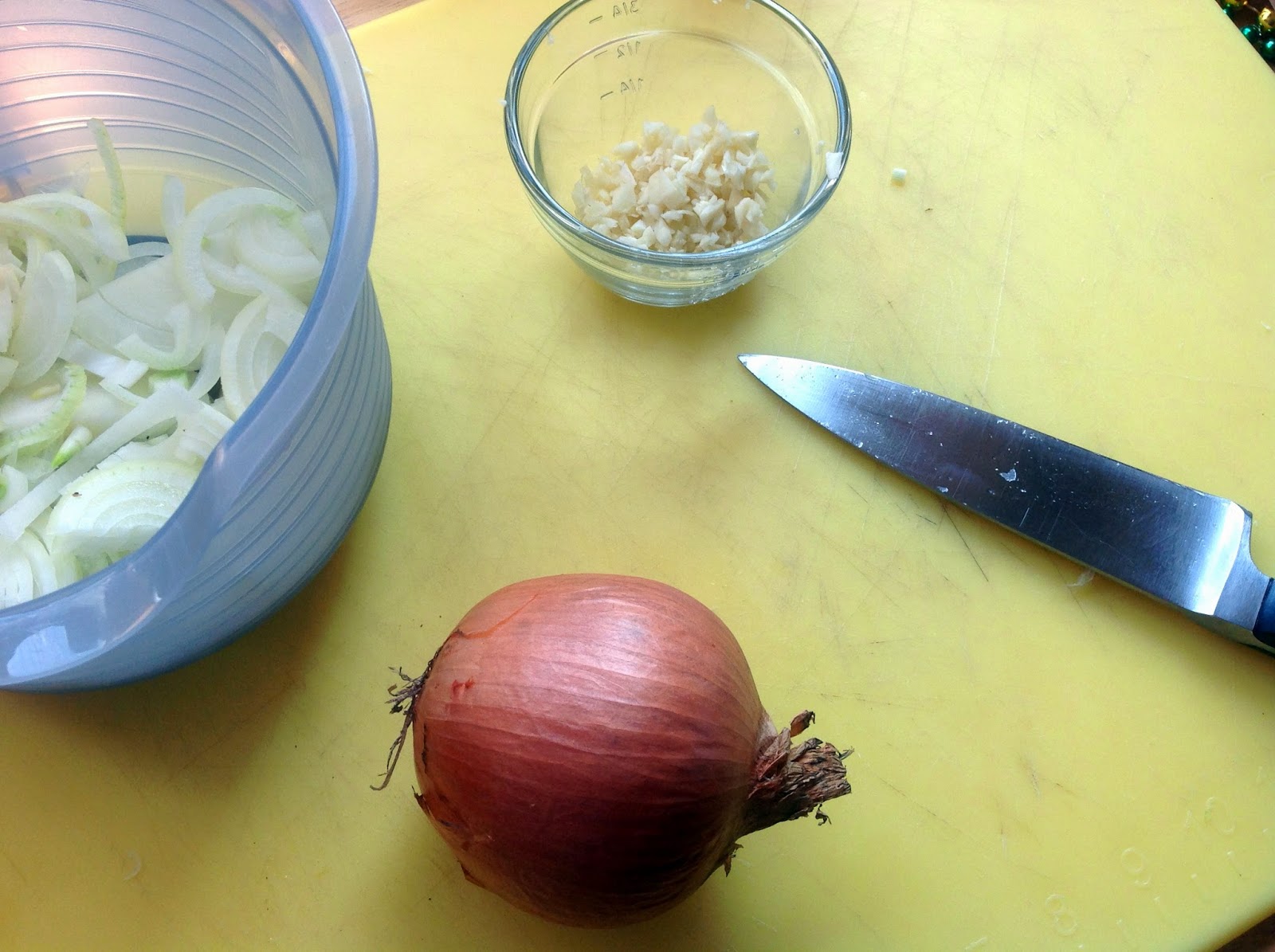 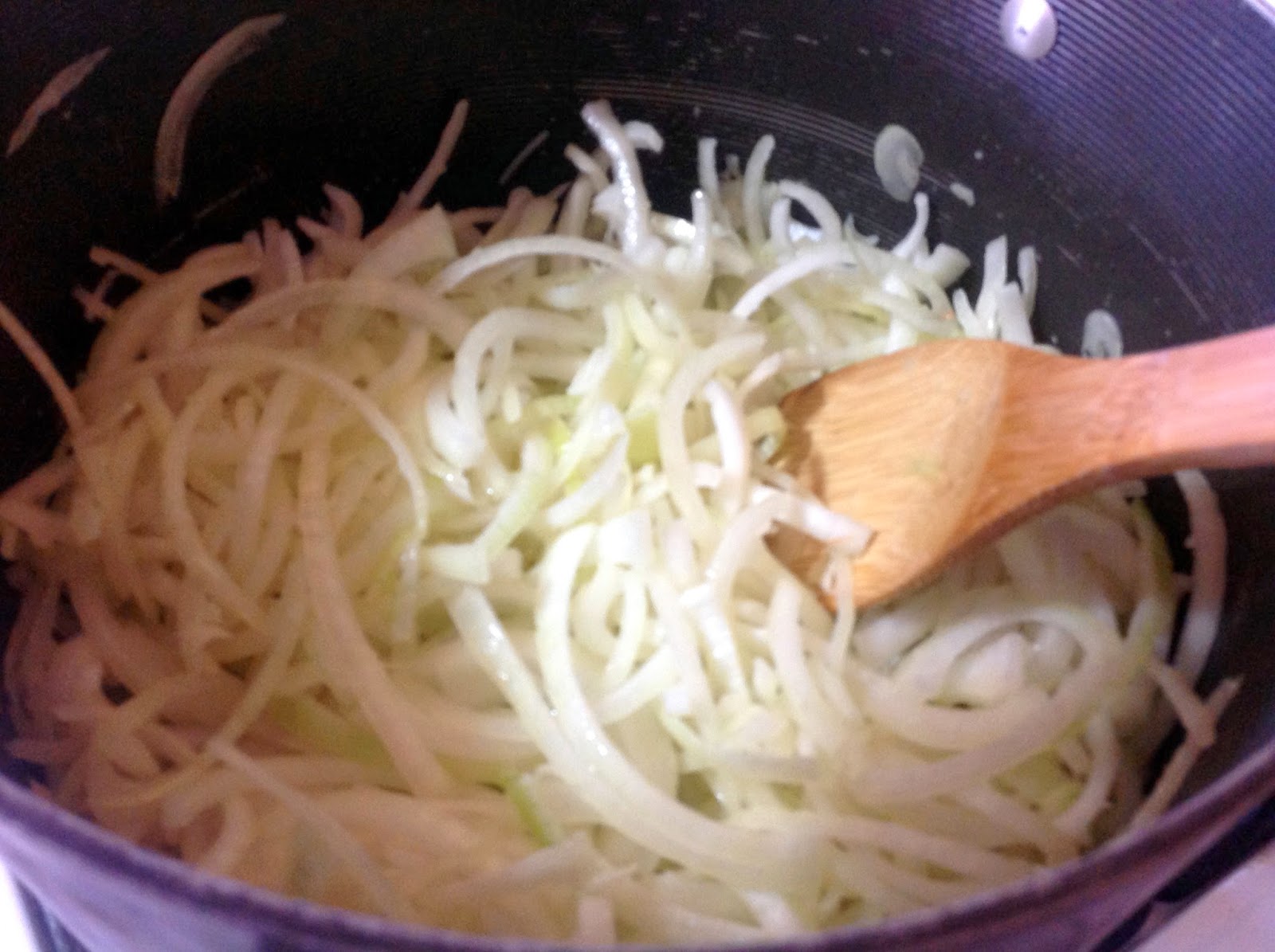 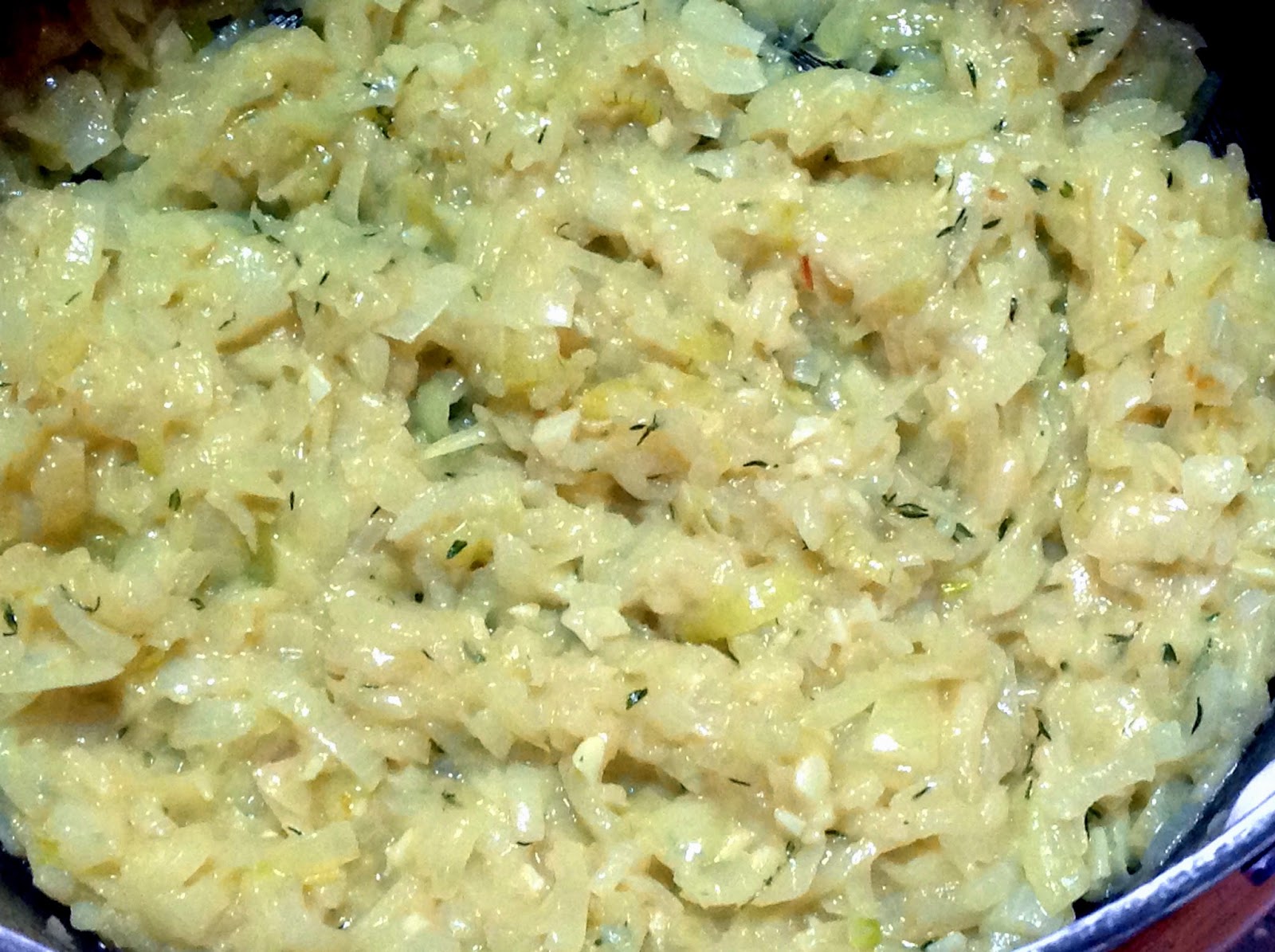 To bring as an appetizer to C's family's annual St. Patrick's Day Irish Dinner of corned beef and cabbage, we toyed with the Food Network recipe and ended up with an Irish Onion Soup that was a big hit. What sets it apart from the French style soup is the pleasantly bitter, slightly sour taste imparted to the broth by the dark stout. Not to mention the sharp cheddar cheese melting over the bread on top. 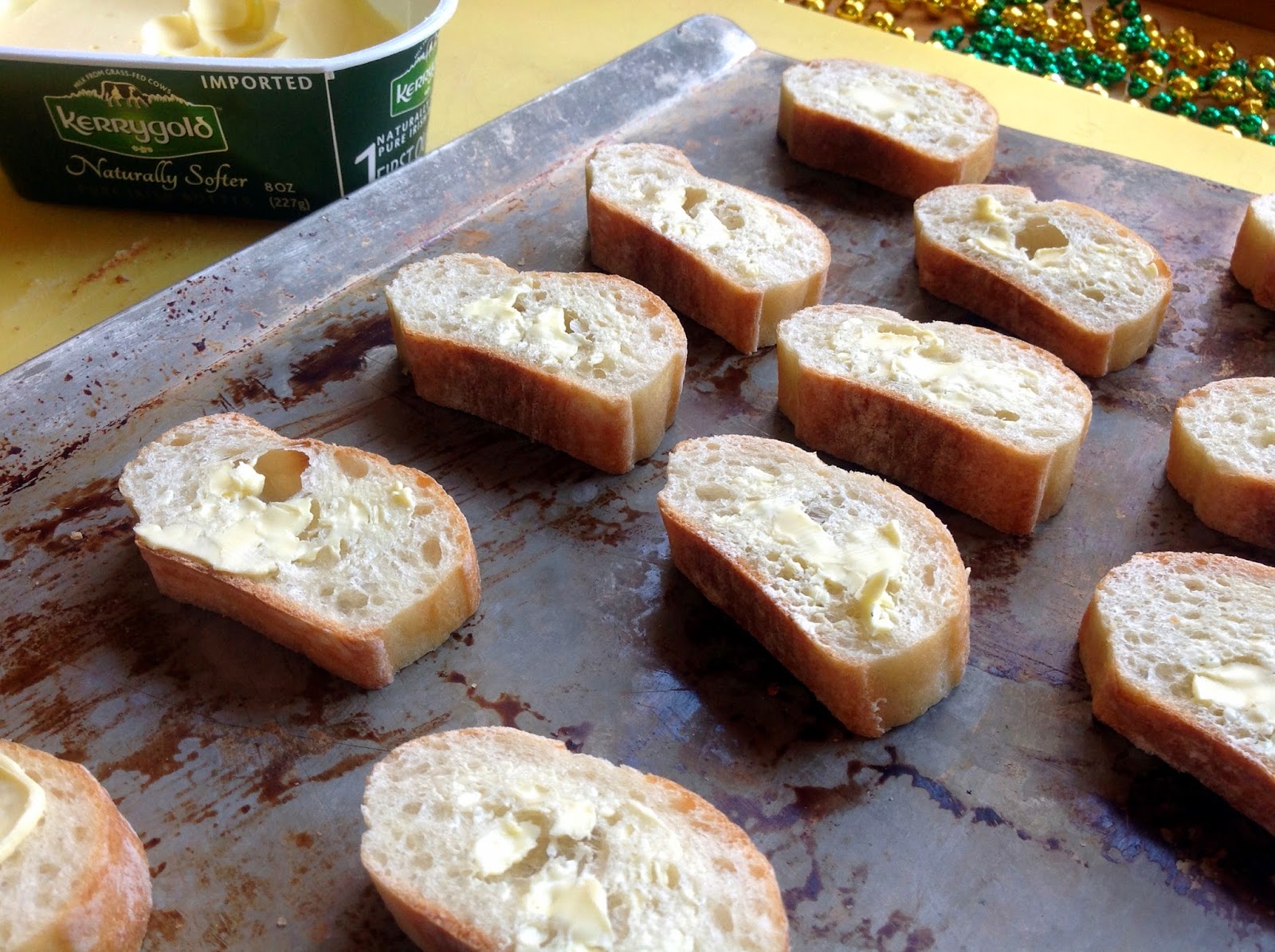 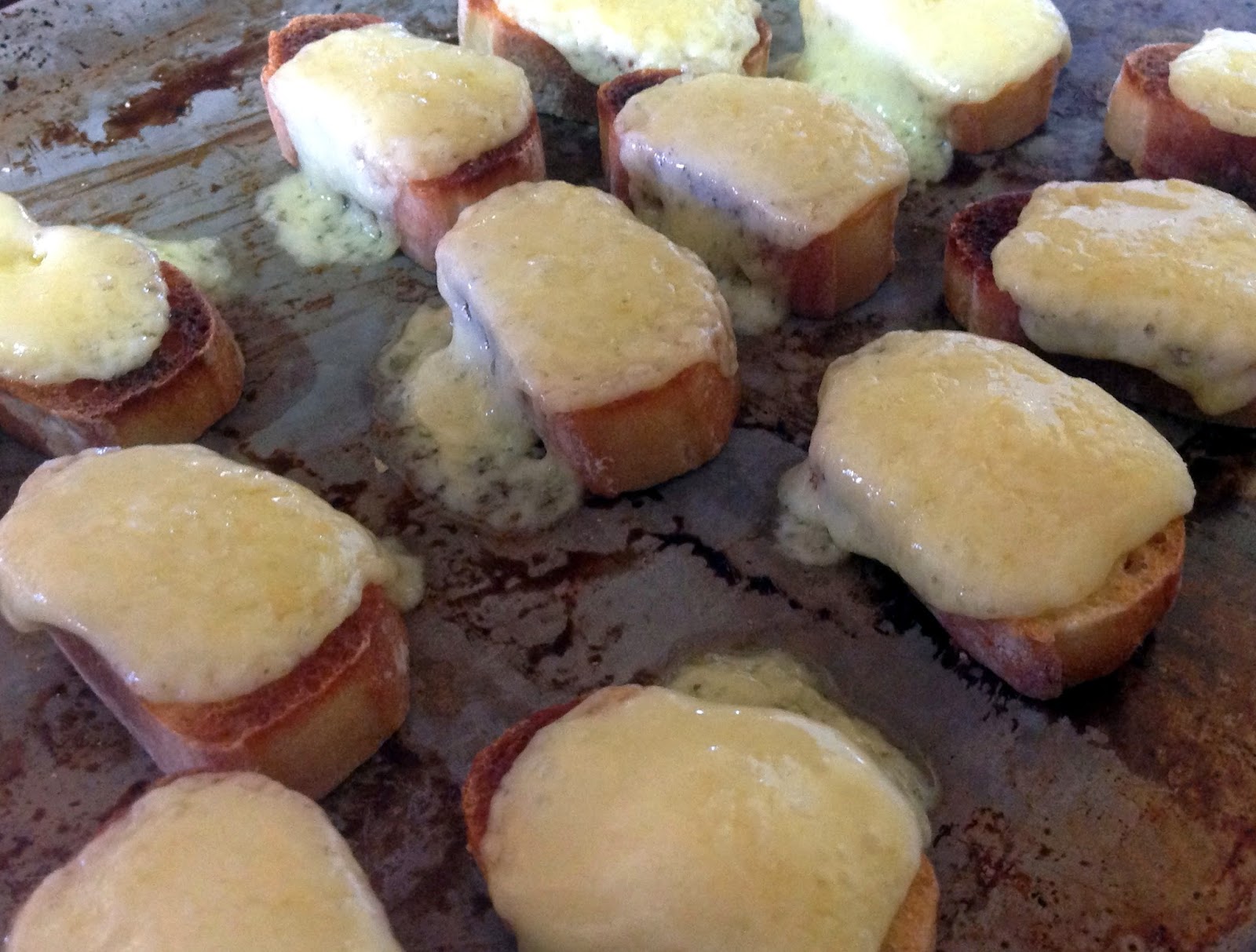 M's corned beef was amazingly tender and everyone ate their fill. Although we were nearly stuffed from all that good food, we managed to fit in one of L's Irish-Italian cookies (are we sensing a theme?) as well as one of M's clever shamrock treats made from pretzels, Rolos and M&Ms. So cute!!! 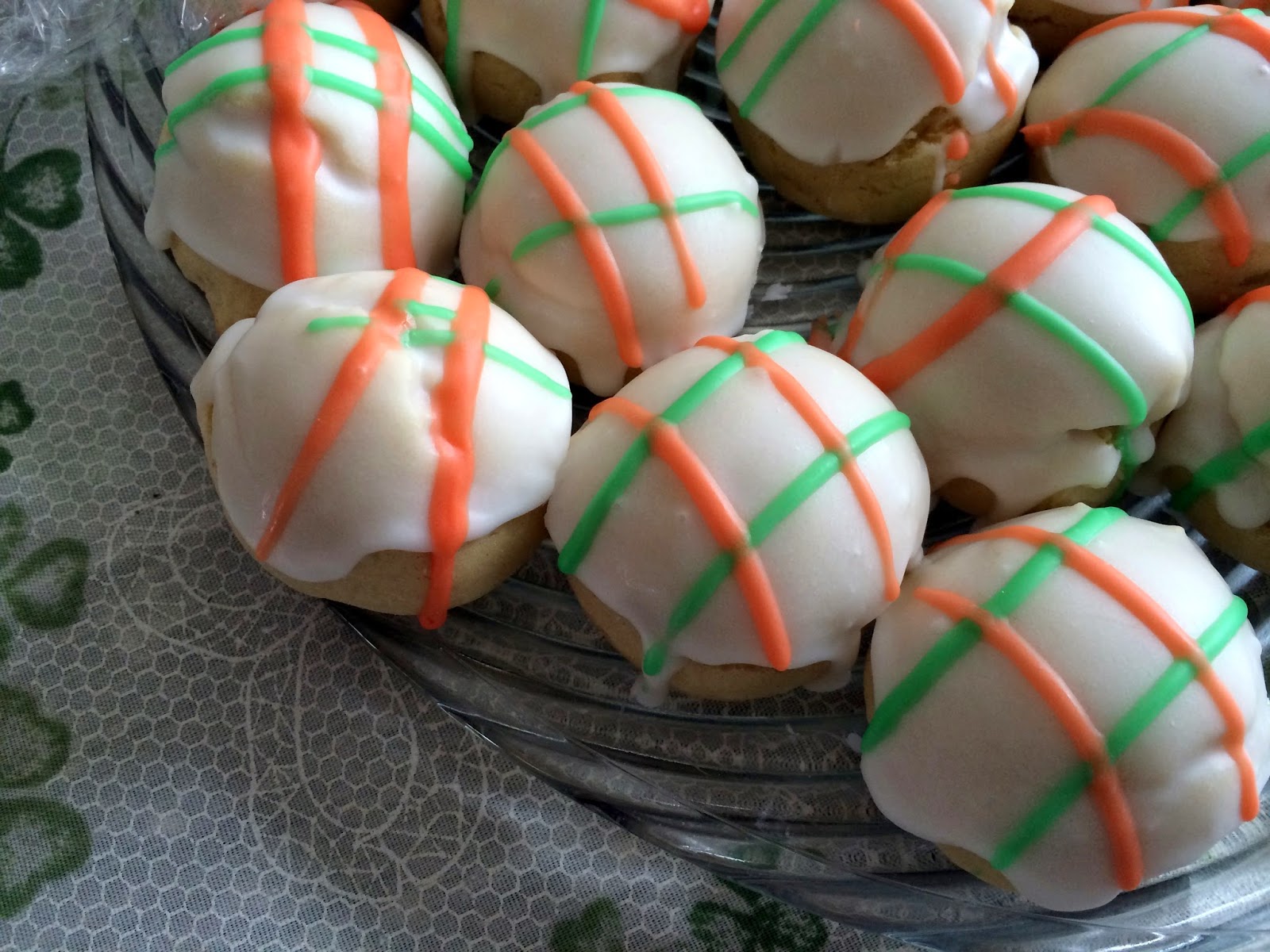 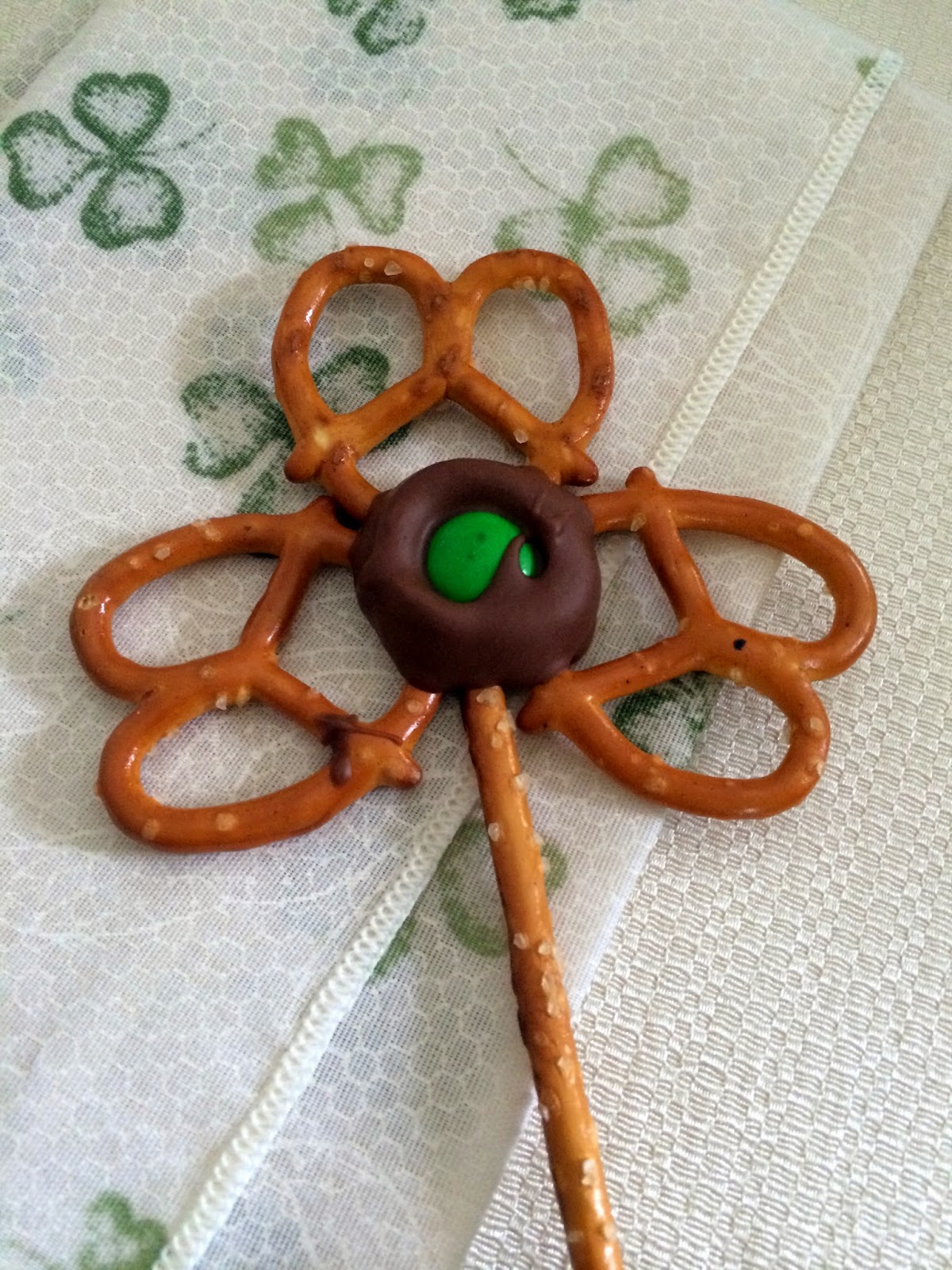 Heat oil and 1 tablespoon of butter in a soup pot over high heat. Add garlic and onions and stir to coat. Season with salt and sugar and cook over high heat for 5-7 minutes, stirring often. Add 1 tablespoon of butter and reduce heat to medium. Cook another 15 minutes, stirring often, until onions are golden brown. Stir in thyme and vinegar and allow to cook 3-4 minutes, stirring often. Add beer and return heat to high. Bring to a boil and cook until amount of beer is reduced by half. Then add the stock and the broth. Bring to a simmer and cook another 15 minutes. Butter the baguette slices with the remaining tablespoon of butter and broil until light brown. Top each slice with a piece of cheddar and return to the broiler; broil until cheddar melts. Float a cheddary baguette slice in each bowl of soup.
Posted by Amy at 9:19 PM

Noticed the champagne vinegar, which is also a great touch. Love this twist on a classic French soup. Onions can pretty much stand up to any strong flavor.