Perhaps it was the news about Pascal's Manale, or looking at that drool-worthy photo of BBQ Shrimp, but once again, Amy finds herself hankering for some New Orleans cuisine. A few-days old, untouched loaf of cinnamon swirl bread got us thinking...how about some bread pudding? 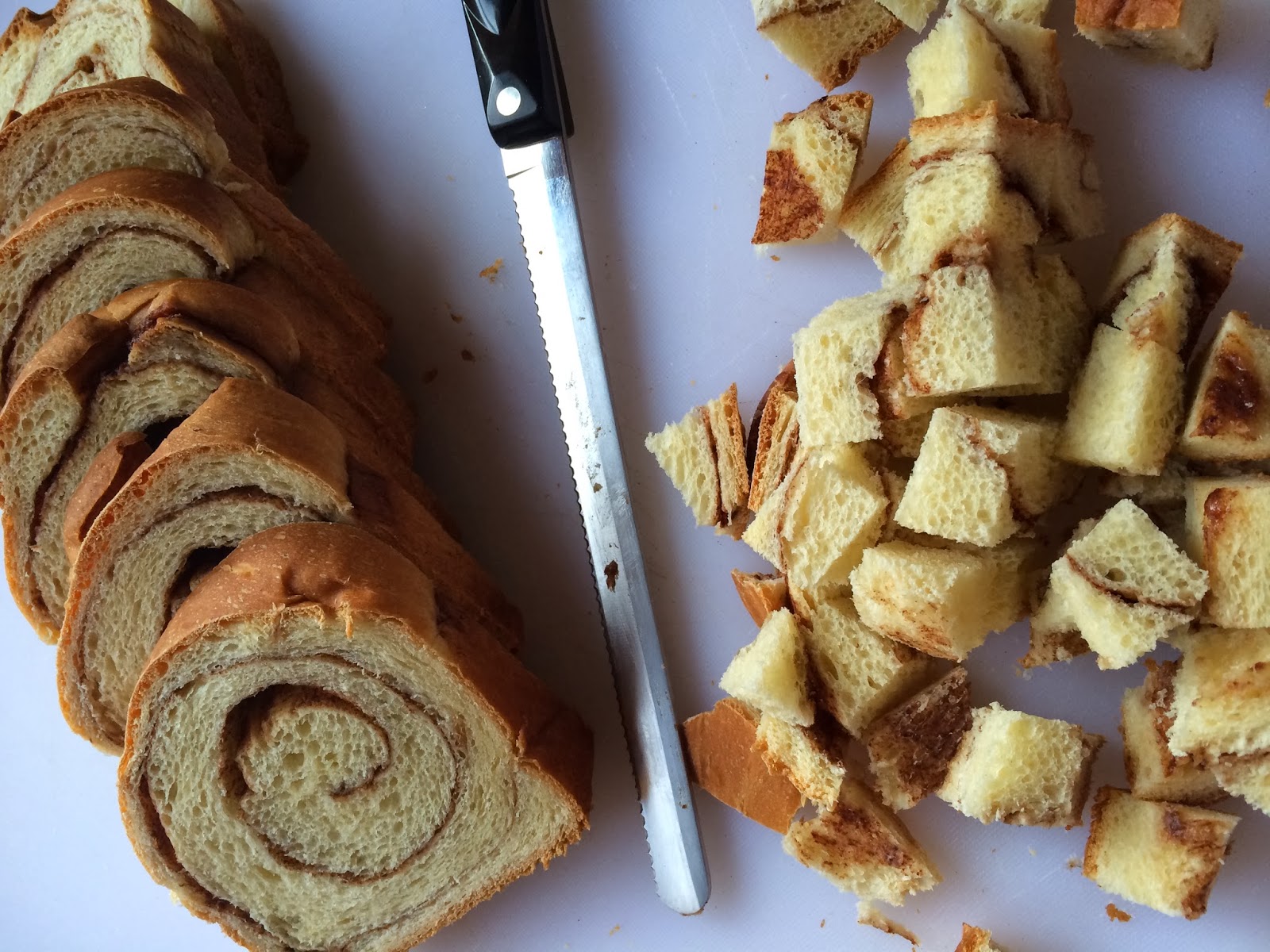 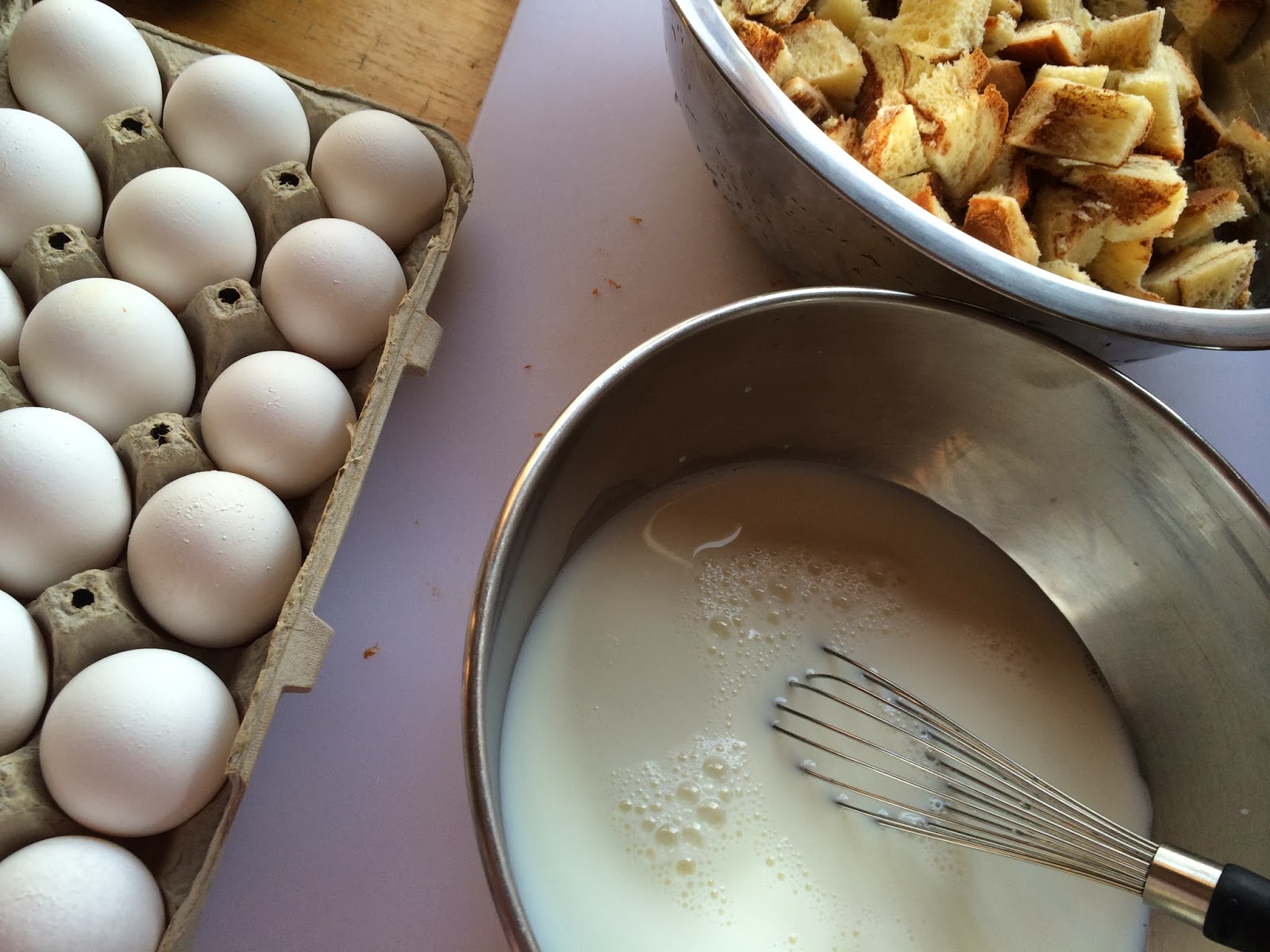 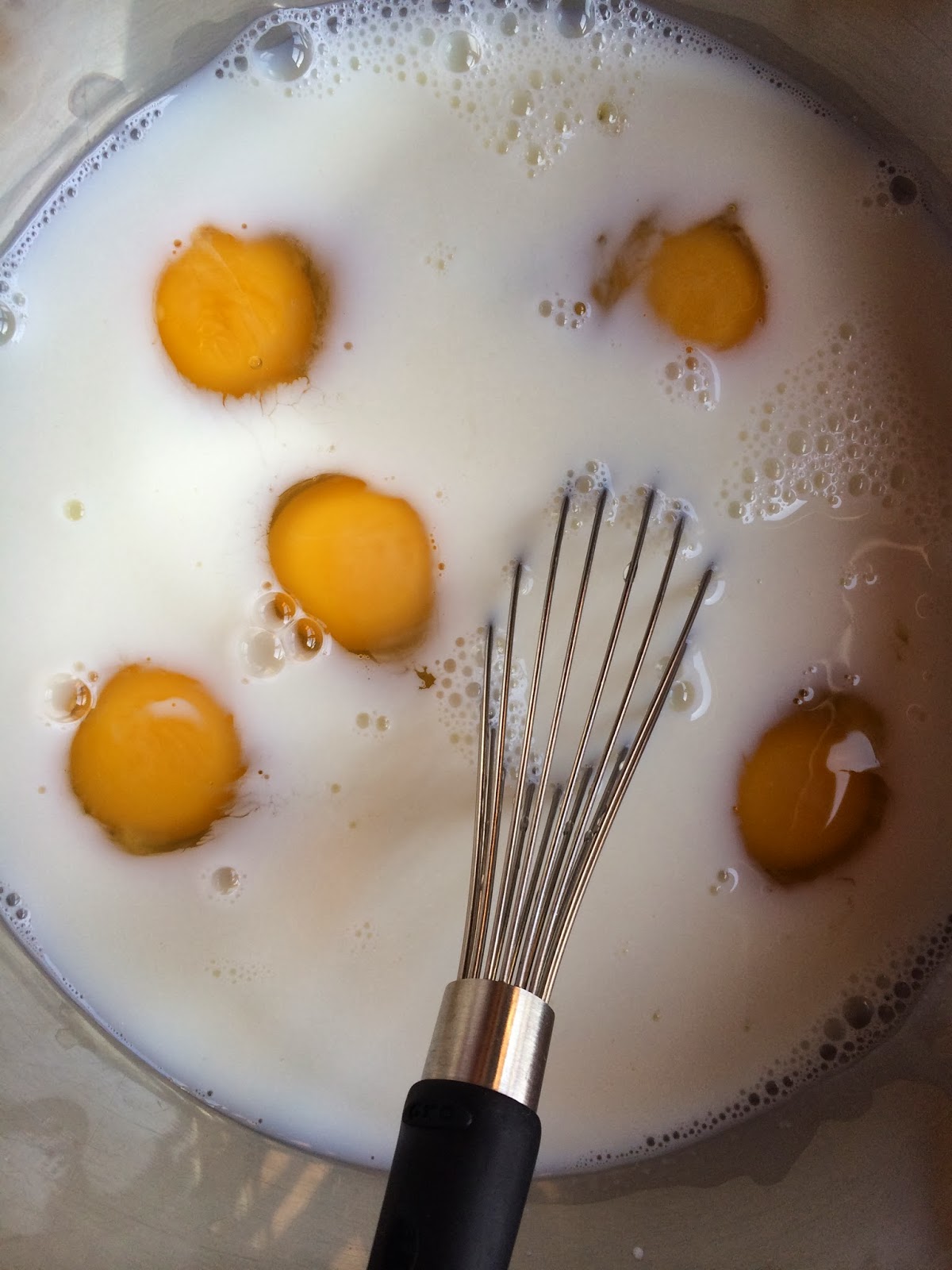 We finally broke out a piece of the Temp-tations Traditions baking set Amy's parents bought us for Christmas and set about making this traditional Southern dessert, only we made it for breakfast. Why not? It has eggs, and milk, and cinnamon bread, and well, we don't have to justify ourselves to you, now do we? 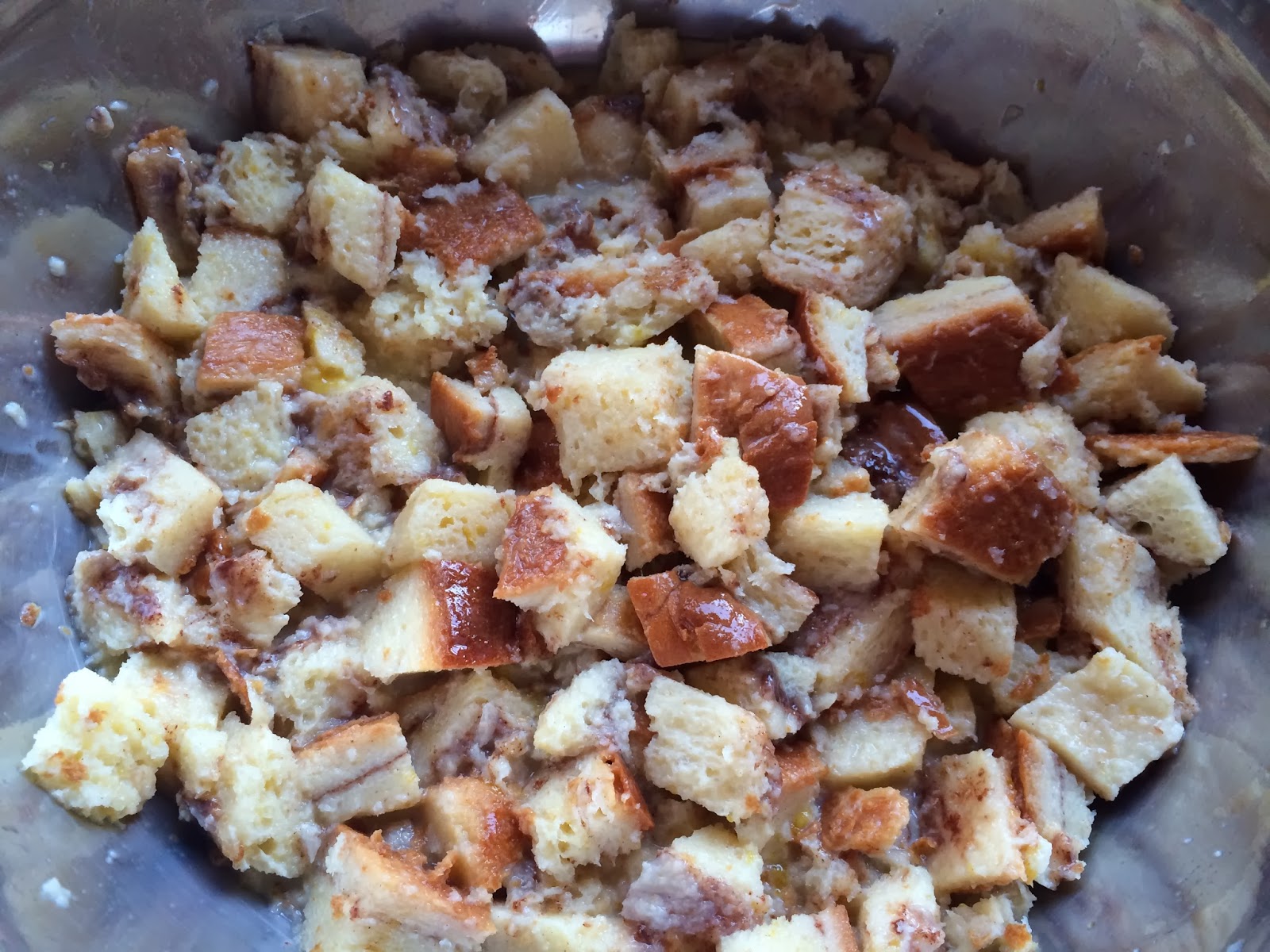 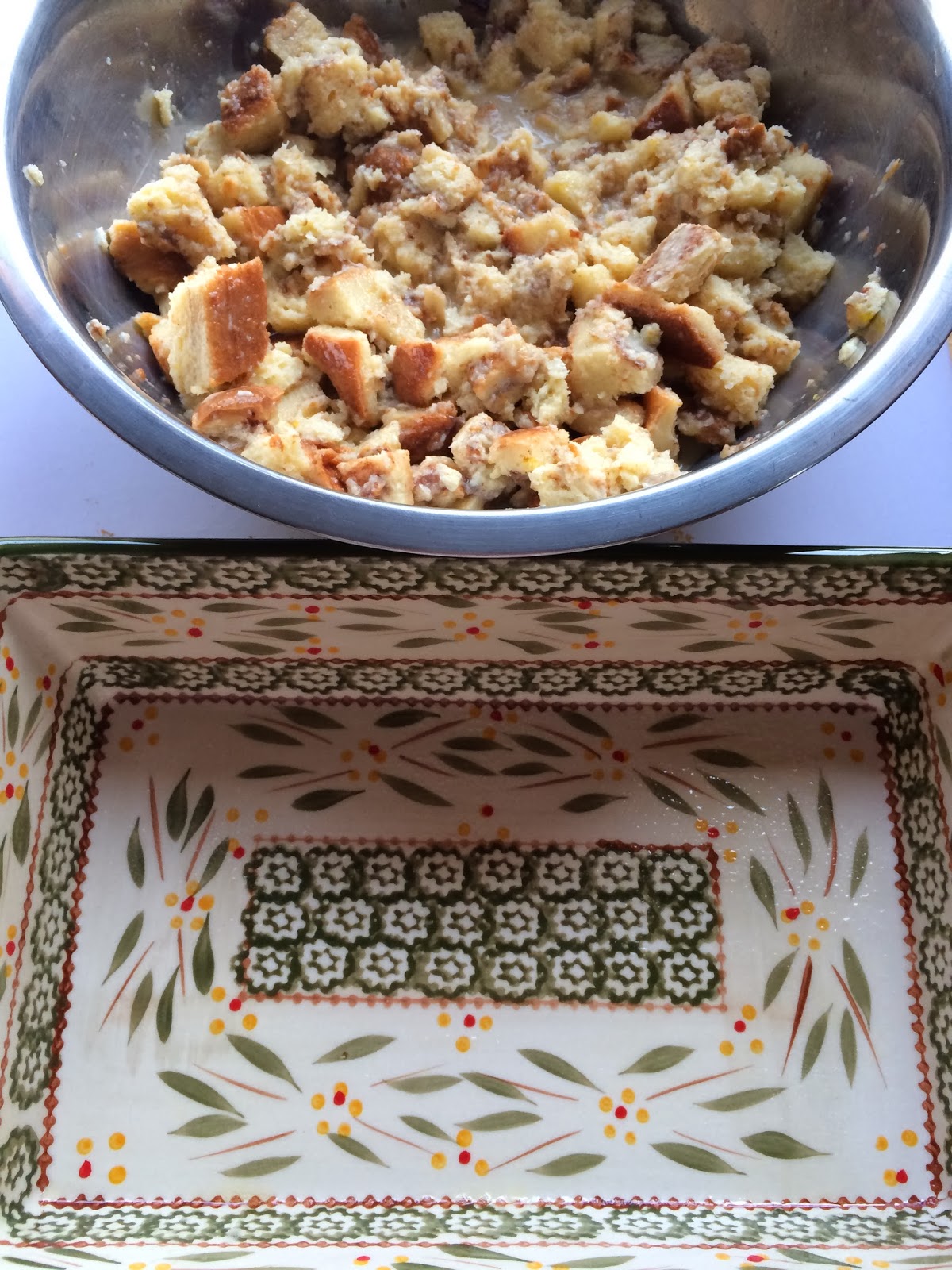 First, we have to say, the bakeware did an amazing job. After devouring our pieces, then divvying up the rest to the neighbors, the empty pan looked already washed. A quick rinse and wipe was all it needed. Secondly,  well, yum. It was scrumptious, particularly with a little swirl of our bourbon sauce over the top. It's five o'clock somewhere.

It seems so decadent, but cinnamon has a ton of health benefits also. Here is a great article by Helen Nicols where she extols the virtues of this super-spice! 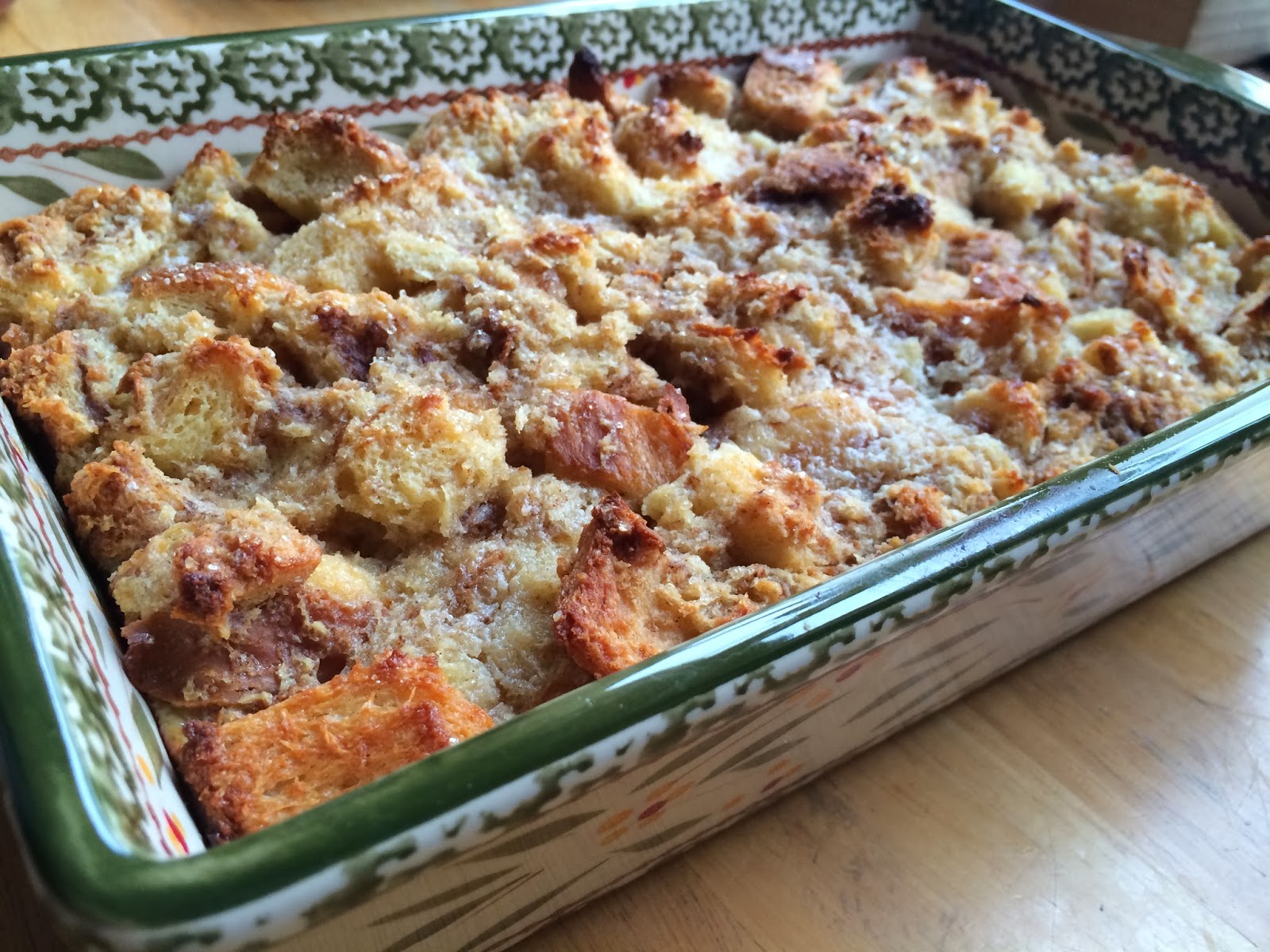 Go buy a small loaf of good cinnamon bread and ignore it for a few days. Then come back and try out this classic Big Easy recipe. You won't be sorry!

Preheat oven to 350. Place bread cubes in a large bowl. In a separate bowl, whisk together the milk, eggs and sugar until well combined. Add the vanilla extract and pour mixture over the bread. Gently fold the bread cubes to ensure all the bread is covered in the egg mixture. Allow to sit for at least 15 minutes, stirring occasionally so all bread is well soaked. Spray a 13X9 baking pan with cooking spray and pour bread into the dish. Sprinkle with demerara sugar and dot with butter. Bake for 45 minutes, until golden brown and set. 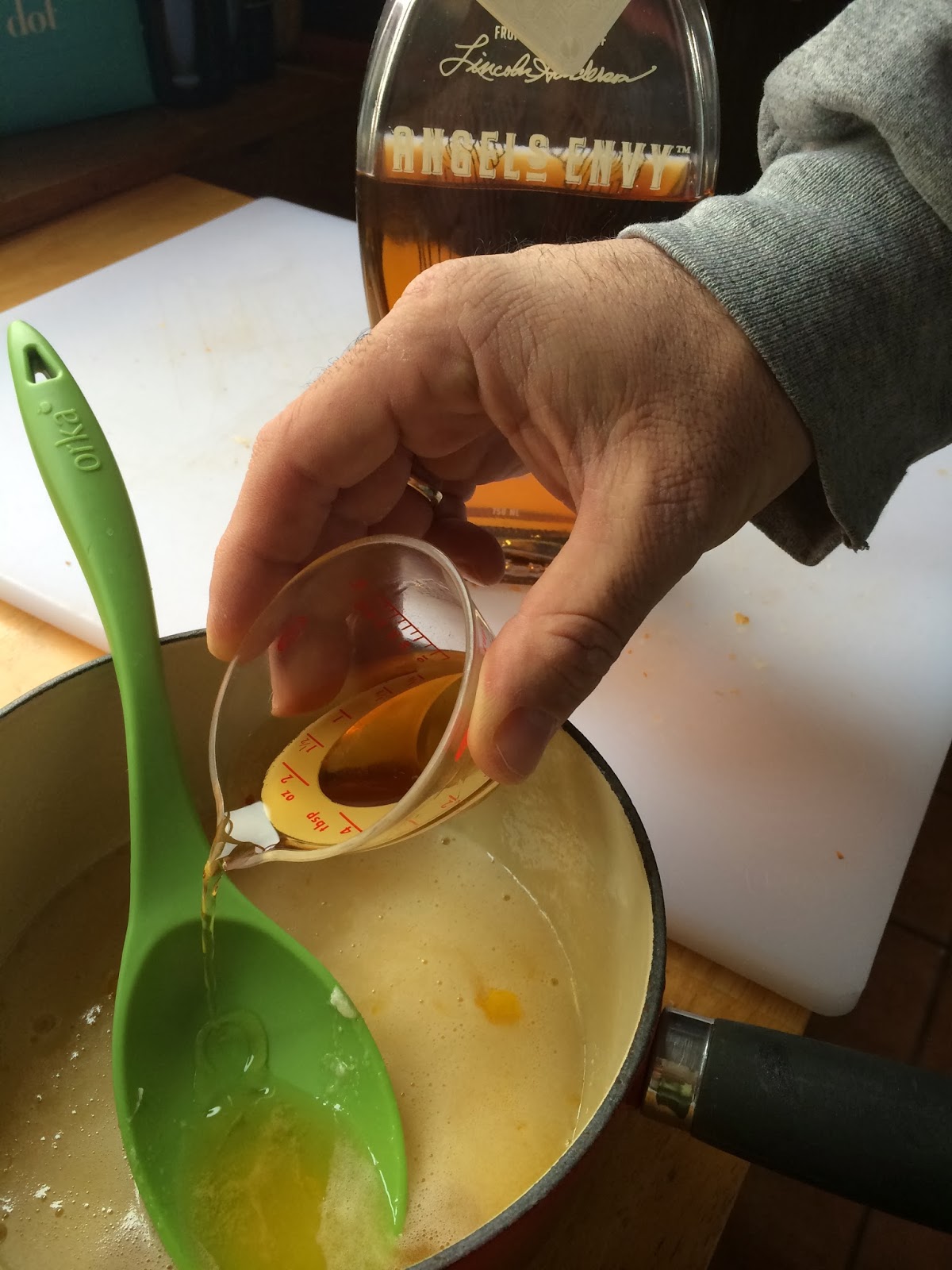 Mix together the sugar, butter and beaten egg in a medium saucepan over low heat. Stir until well combined, taking care that the egg does not cook. Remove from heat once the sugar is melted. Stir in the bourbon and serve warm over the bread pudding. 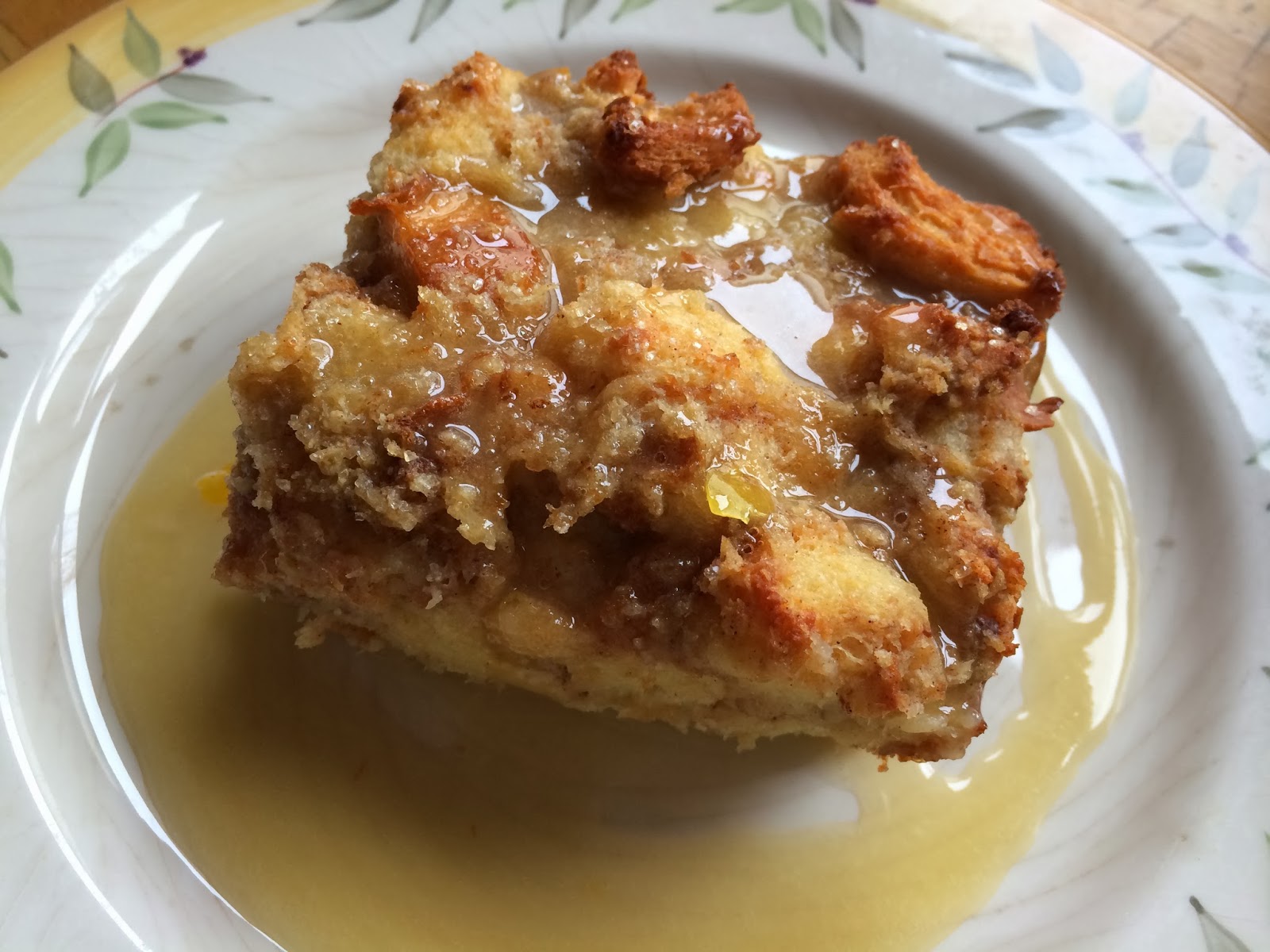 What a tasty looking pudding!

You had me at Cinnamon Swirl!

look's so amazing, so fluffy, so deliciousness and marvelous, perfect sweet to have anytime :)