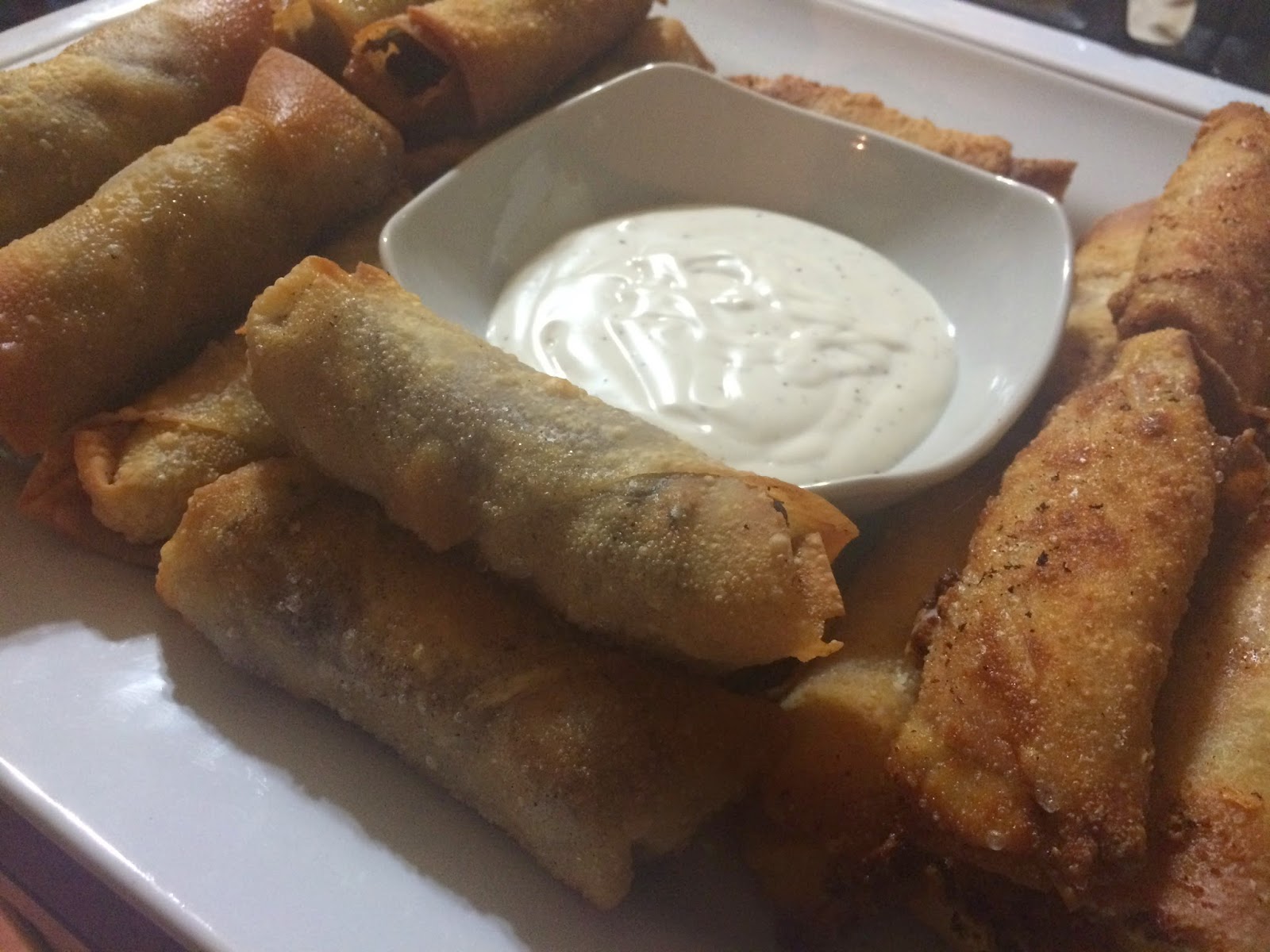 Tradition has it that we go to our neighbors' (D and J) for the Super Bowl every year. Not because we are sports fans, because truth be told, we don't care too much about such things. We go for the company, the commercials, and most importantly, the food. Each year we try cooking something fun for the big game. We've created recipes inspired by one of the teams playing in the game (like Mini Upside-Down Lobster Pot Pies to celebrate New England 2012), or based on where the game is being played (like Super Bowl XLVII King Cupcakes). Our goal is to do something new and unusual. 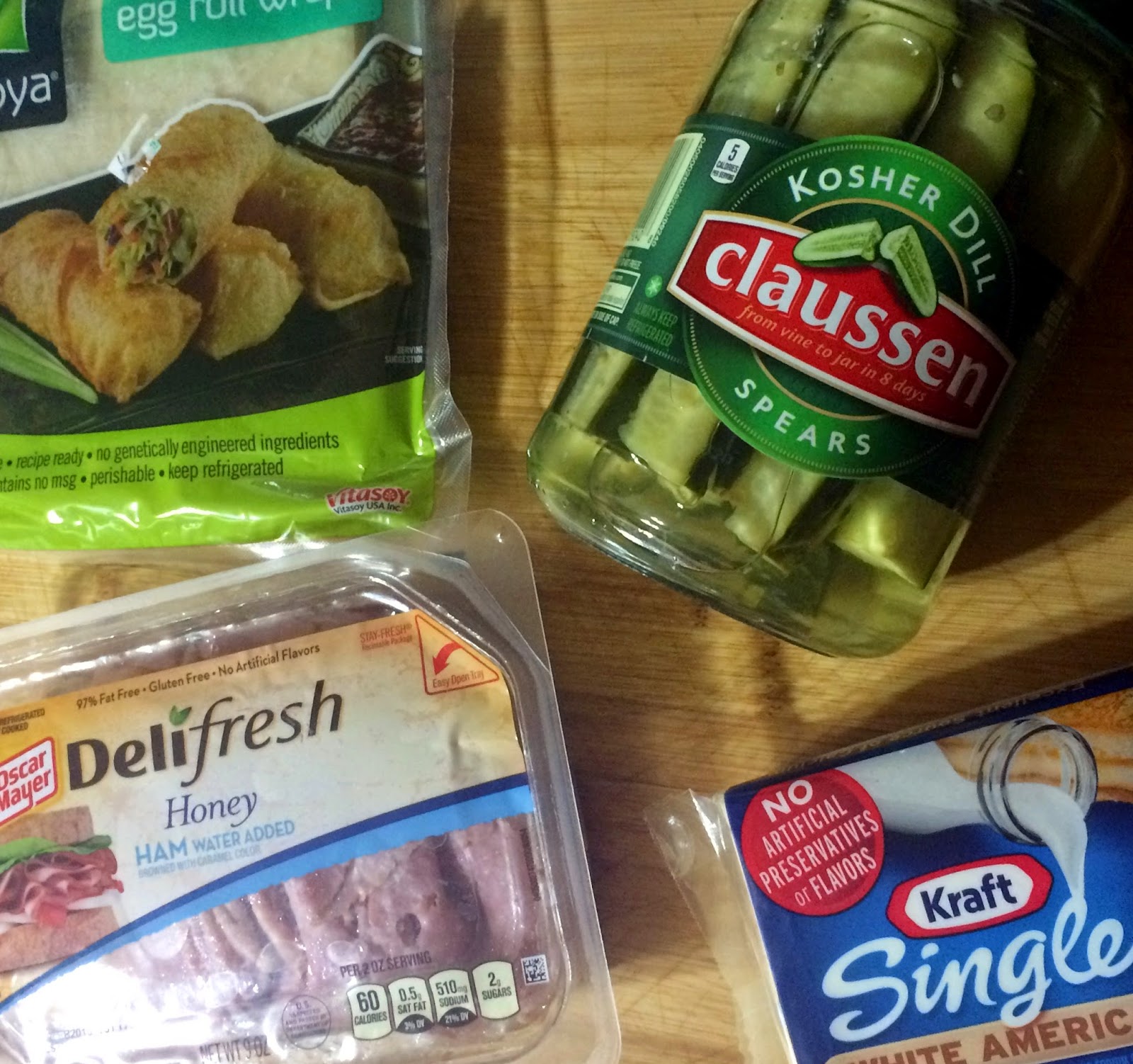 This year, D made a request. It came in the form of a text with a picture of a recipe for "Frickles," followed by a second text that said, "Challenge issued." That's all it took. 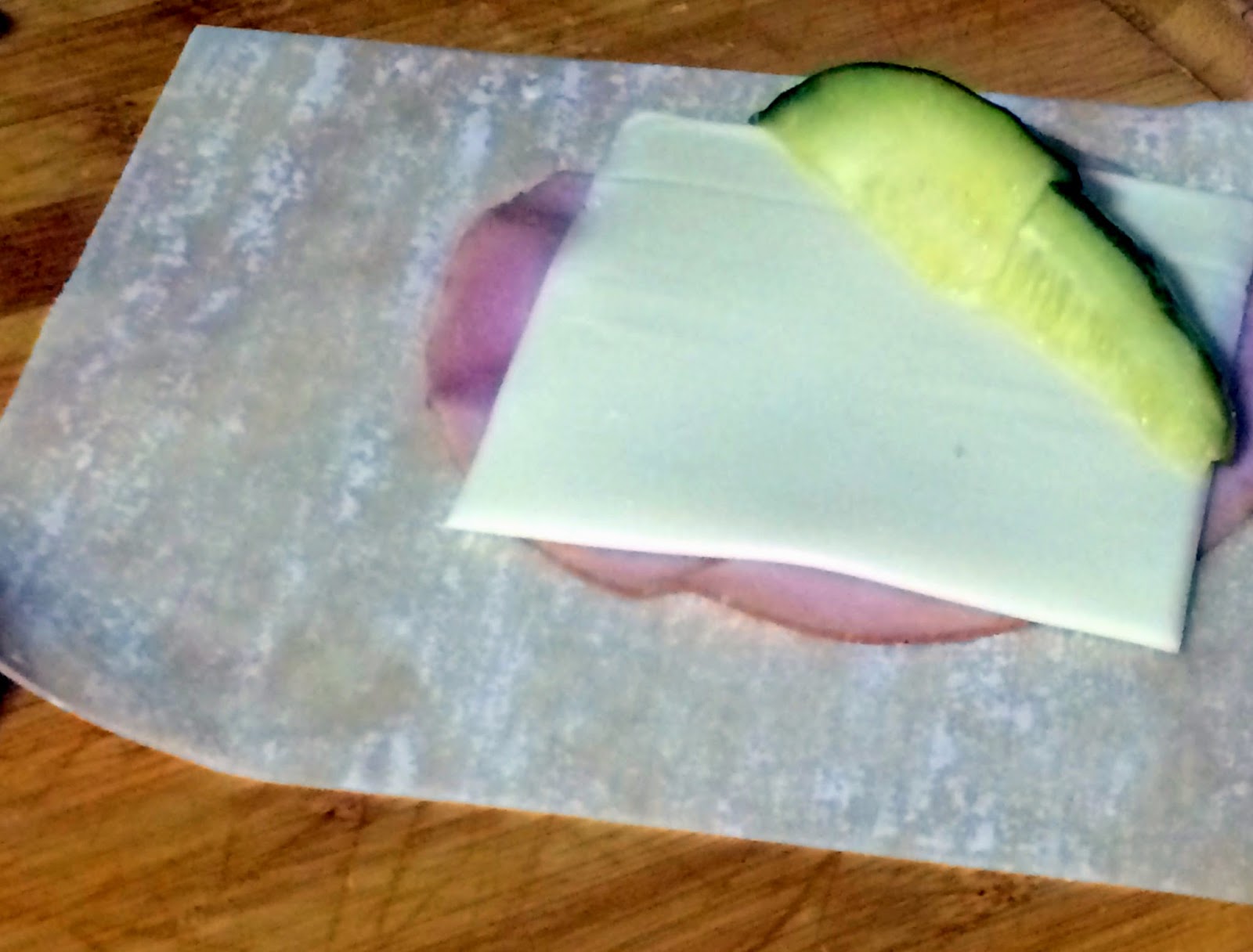 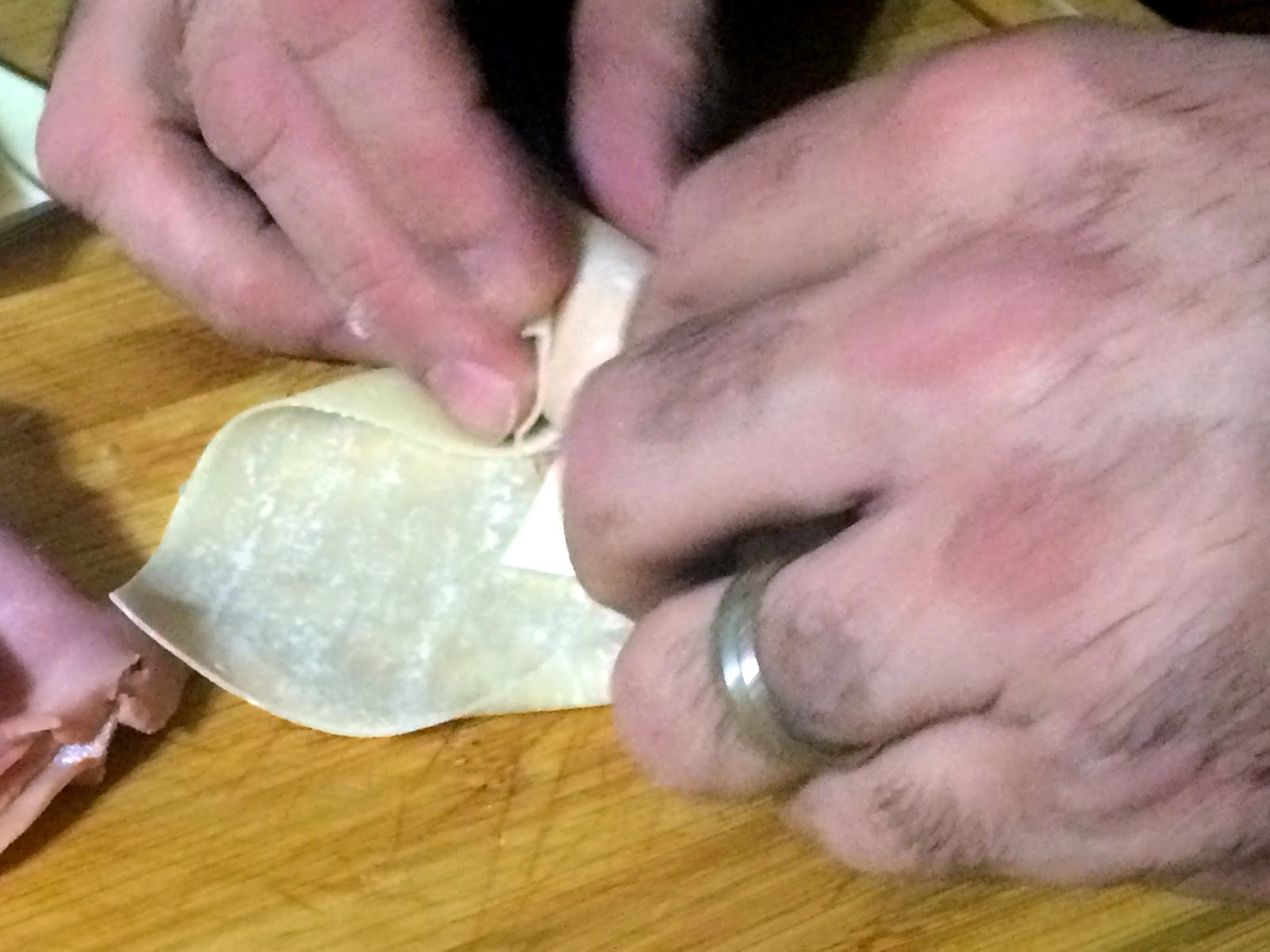 We are teachers, so naturally, we can't just meet the challenge; we must exceed it. Therefore, we upped the ante by making two versions of "Frickles" - one following the recipe he sent, and one with our own twist on it. They were still hot when we joined the party. It was near the end of the first quarter. The fried outer shell crackled against my teeth, while warm gooey cheese dribbled onto my bottom lip. There was the saltiness of warm ham and the snap of the pickle in the center. I waited for a commercial and passed the platter. 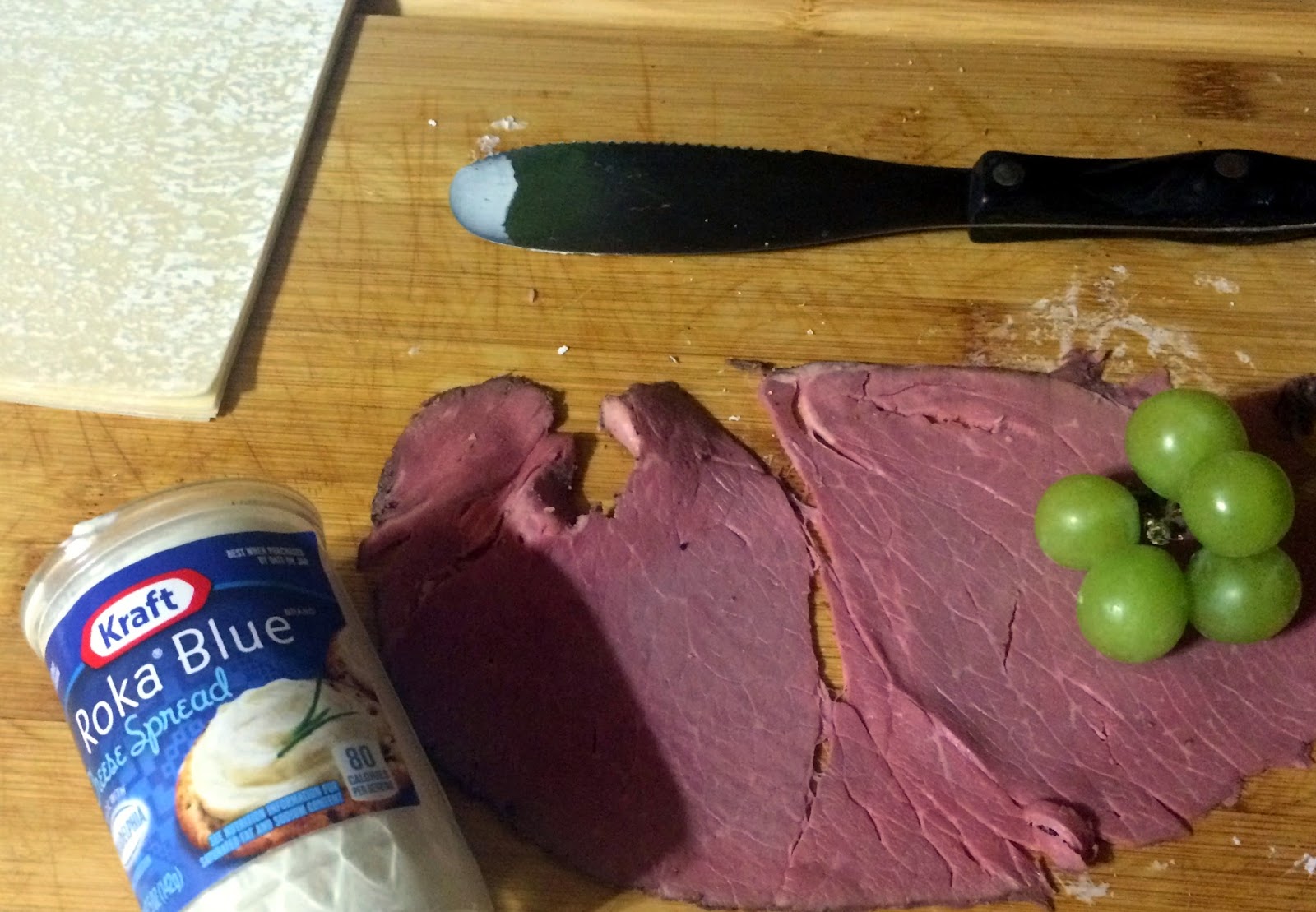 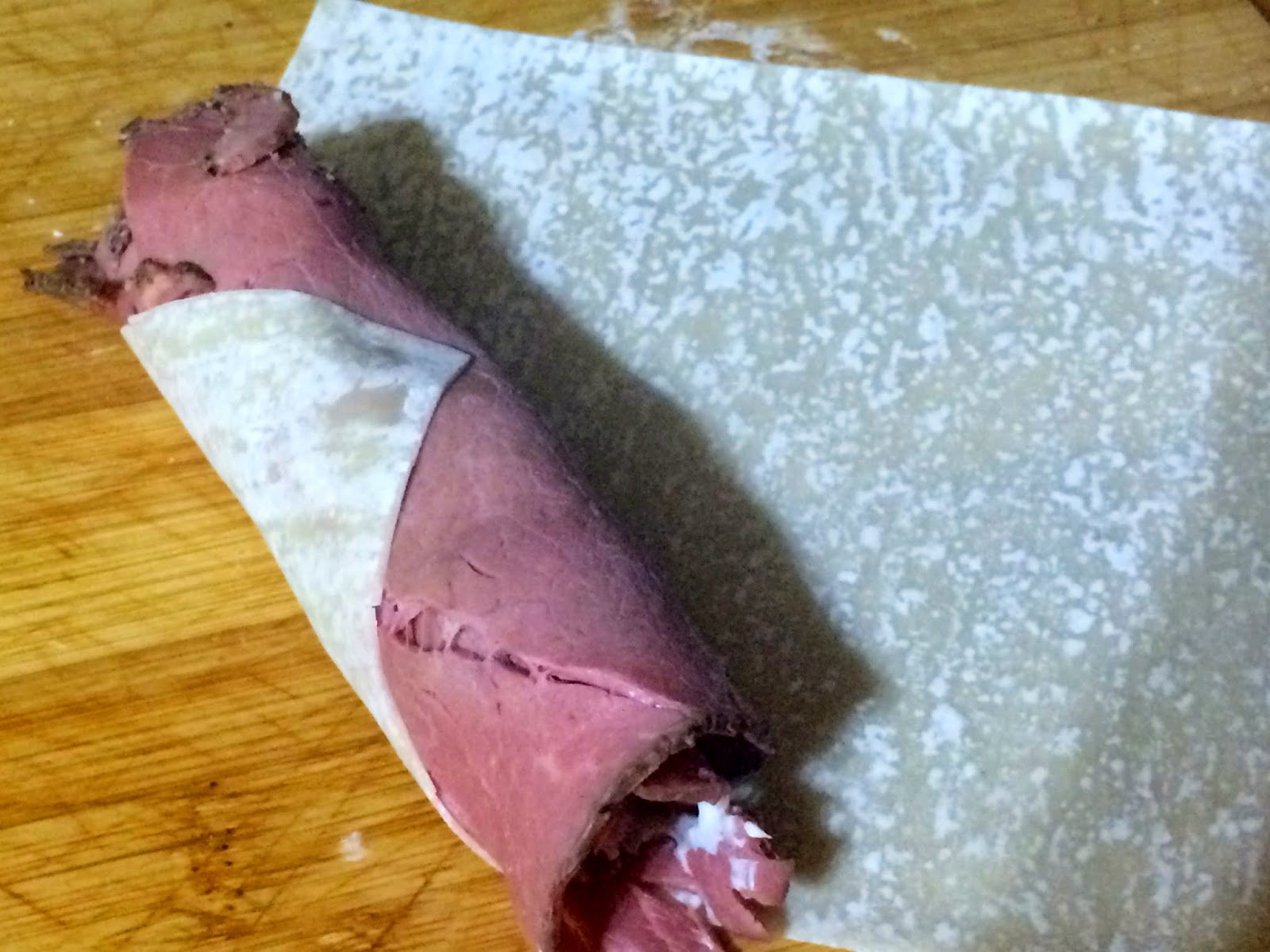 R pronounced them "Ridiculous," and even J.J. (who is not quite 2 years old) loved them. We don't want these delights confused with fried pickles, as they are so much more than that, so we call them Deep Fried Deli Rolls. So much more interesting than a chicken wing. 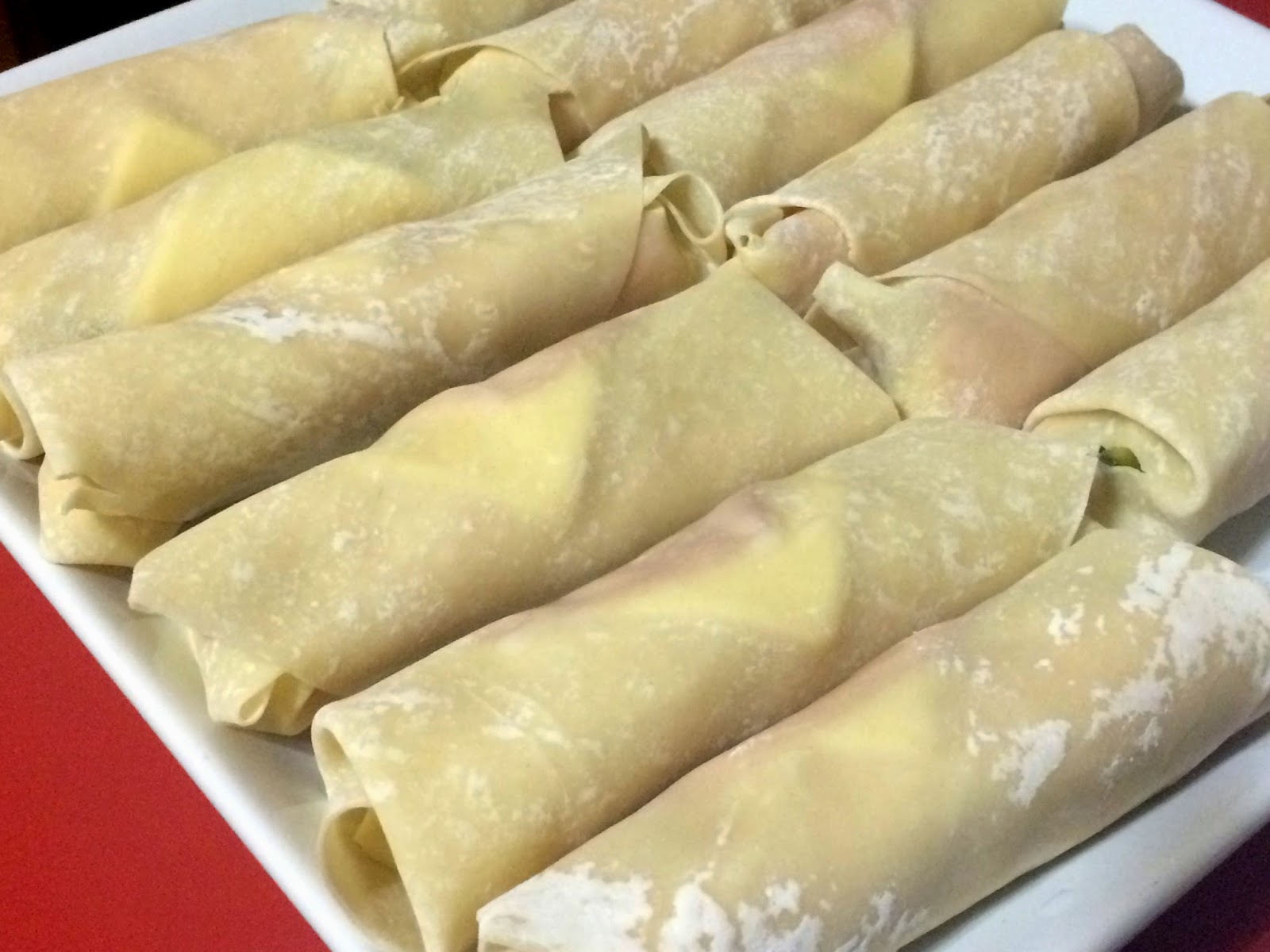 Fill a large frying pan about 1/3 of the way full with cooking oil and heat the oil. Lay down an egg roll wrapper and in one corner place a slice of ham, then a slice of cheese, then the pickle spear on the diagonal. Roll as you would an egg roll, from the diagonal, tucking in the sides at the halfway point. When oil is hot (around 375), fry in batches until golden brown. 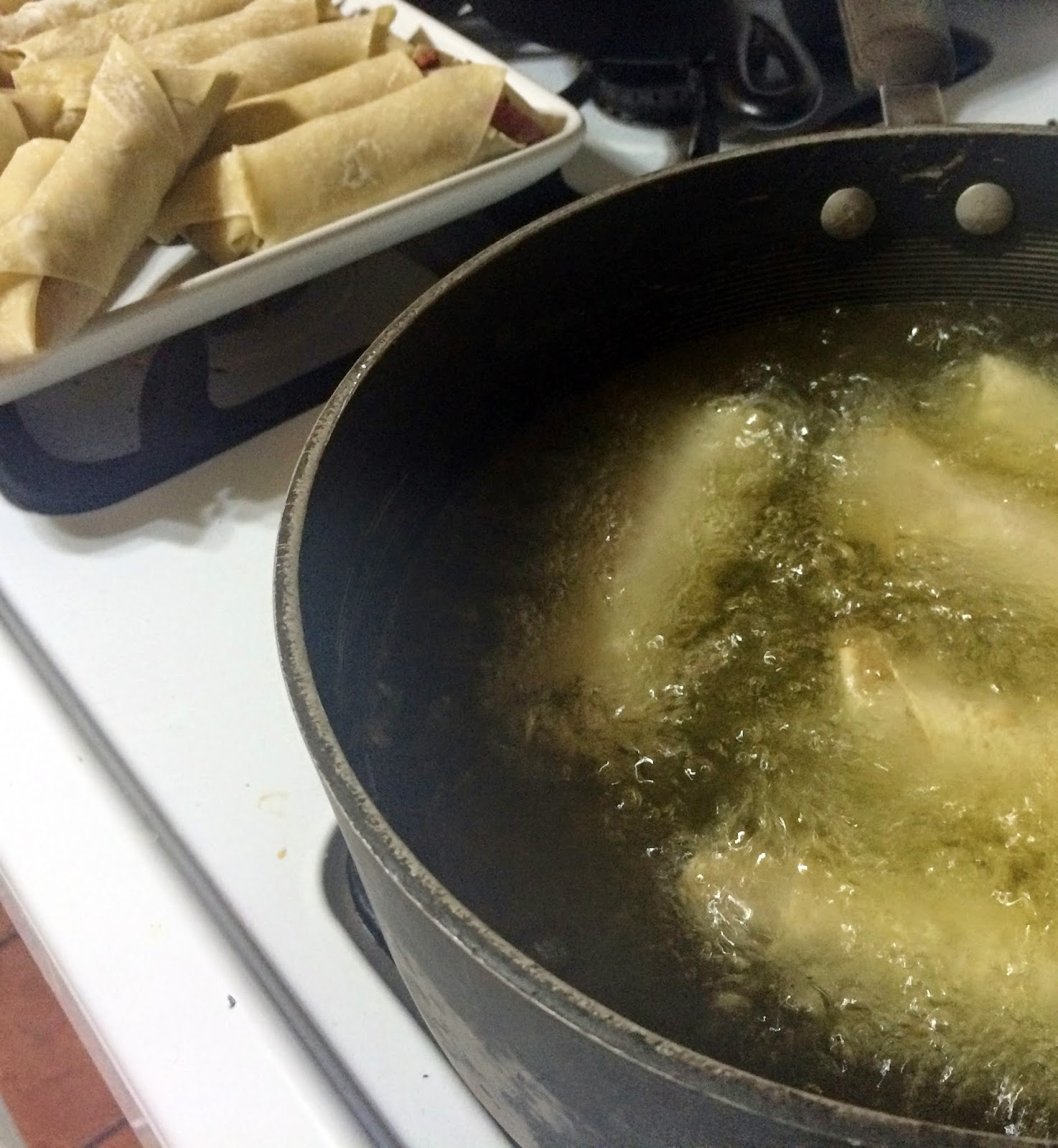 Fill a large frying pan about 1/3 of the way full with cooking oil and heat the oil. Spread the beef with a thin layer of cheese spread, then roll the beef around three grapes. Place the roast beef roll in the corner of an egg roll wrapper and roll as you would an egg roll, from the diagonal, tucking in the sides at the halfway point. When oil is hot (around 375), fry in batches until golden brown.

I will definitely try these. Sounds yummy! How come I didn't smell these sizzling across my street?