Beefsteak at the Culinary Institute of America - A Celebration of Gluttony 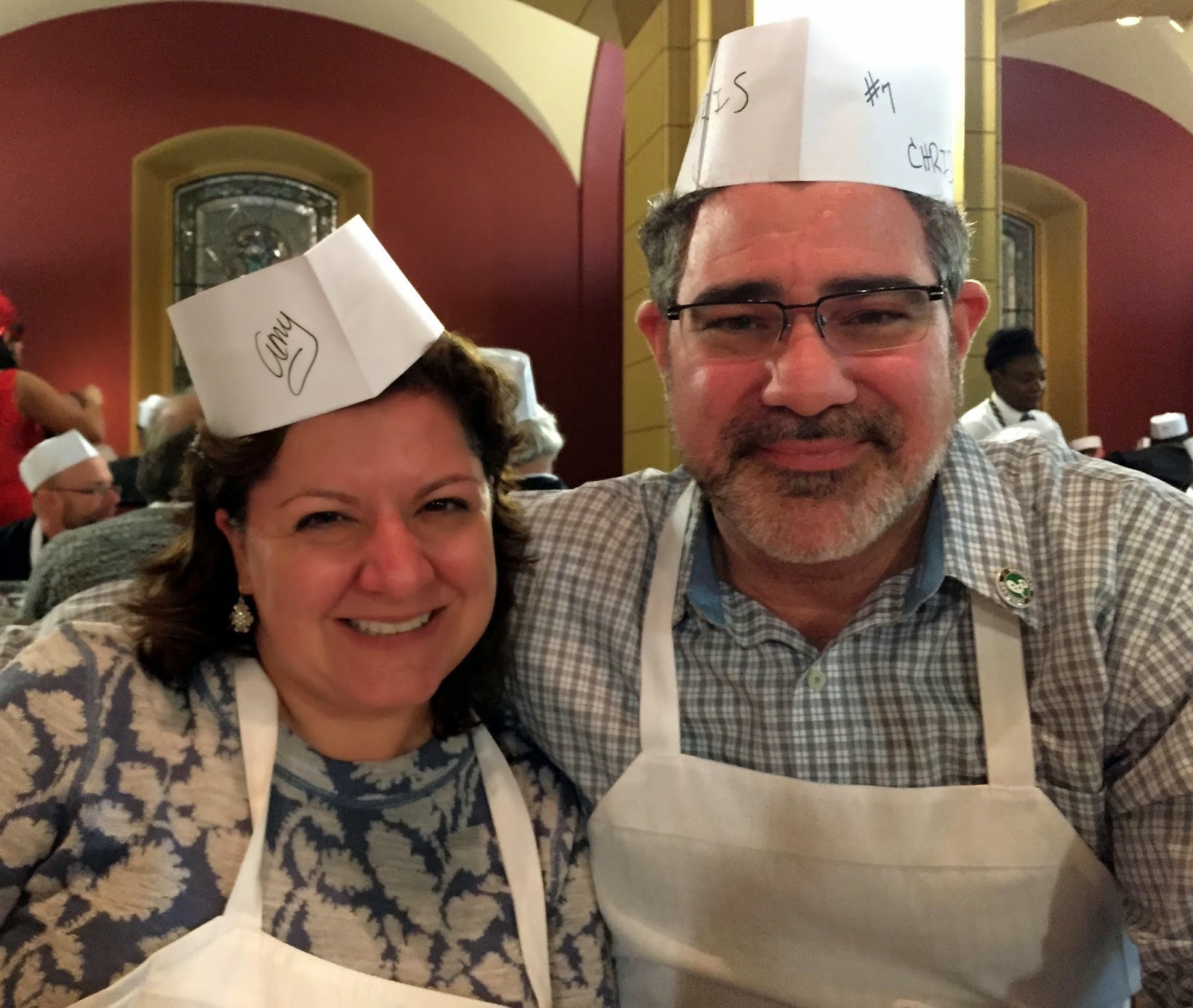 When M emailed "Are you interested in going to a Beefsteak at the CIA?" I responded "YES!" without even looking at my calendar. Or knowing what a Beefsteak was. Yeah, I have my priorities. I informed Chris, and over the next couple of weeks we figured out the logistics with M and R, and drove up to Hyde Park on the last Saturday afternoon in January. 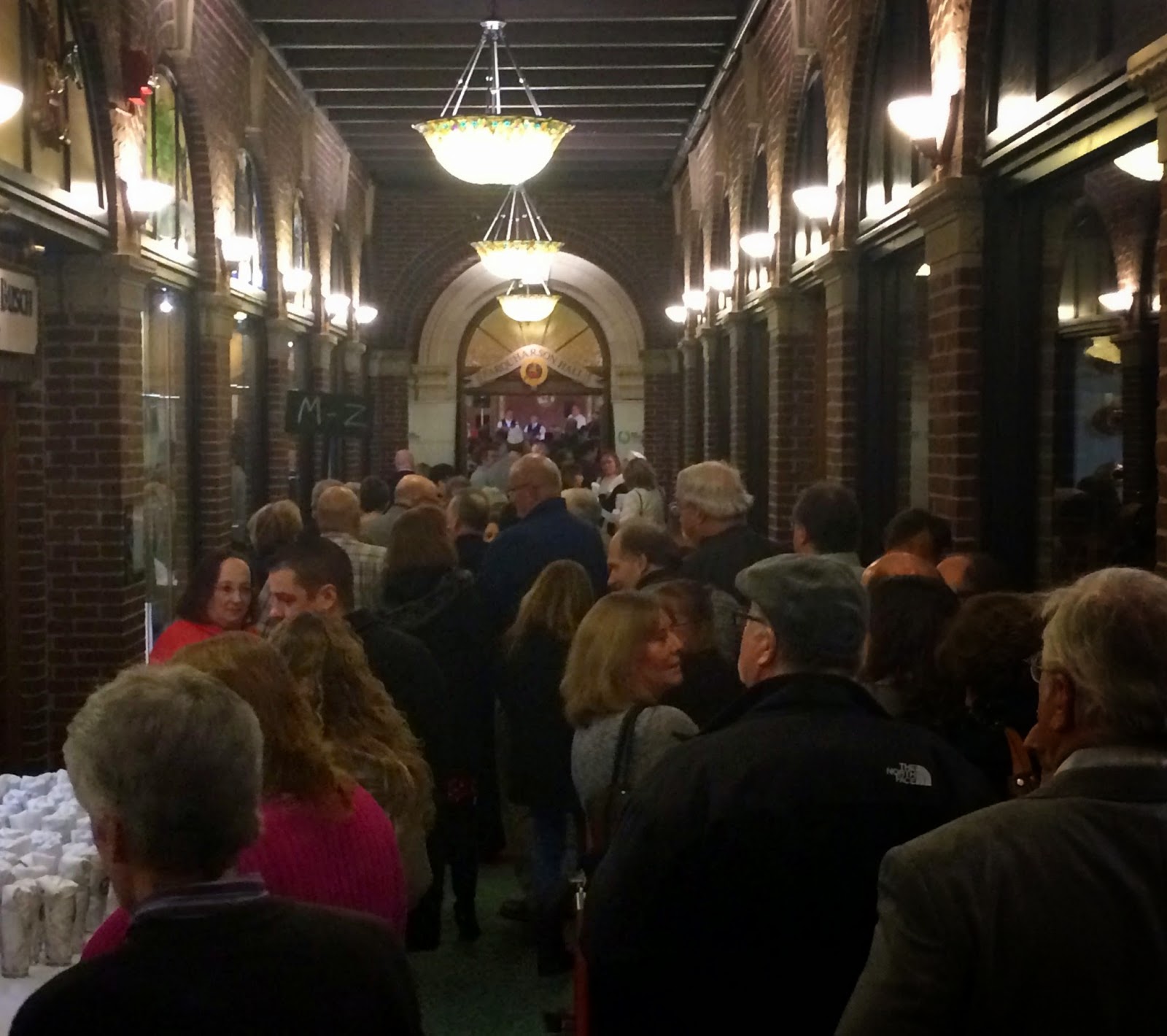 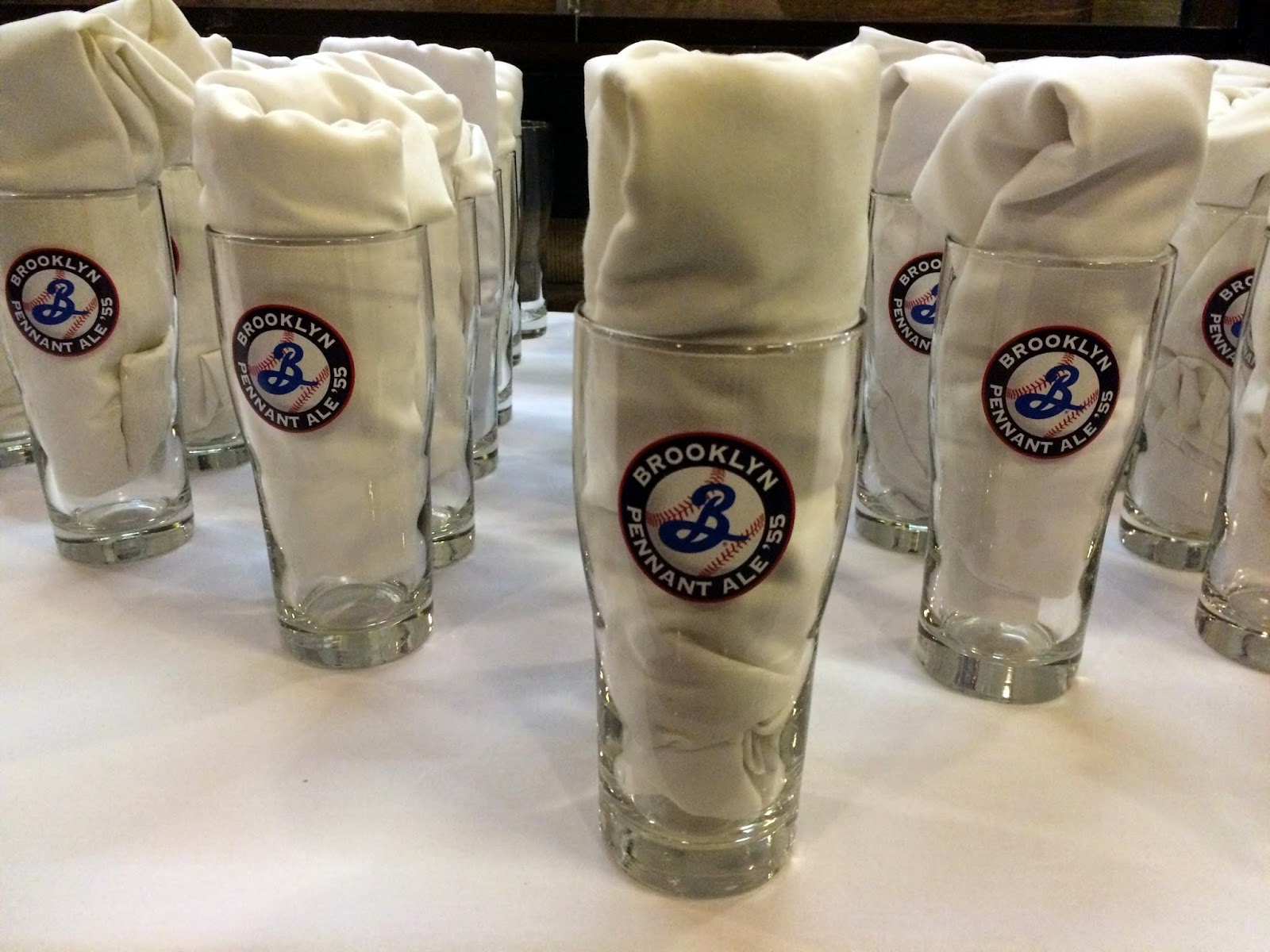 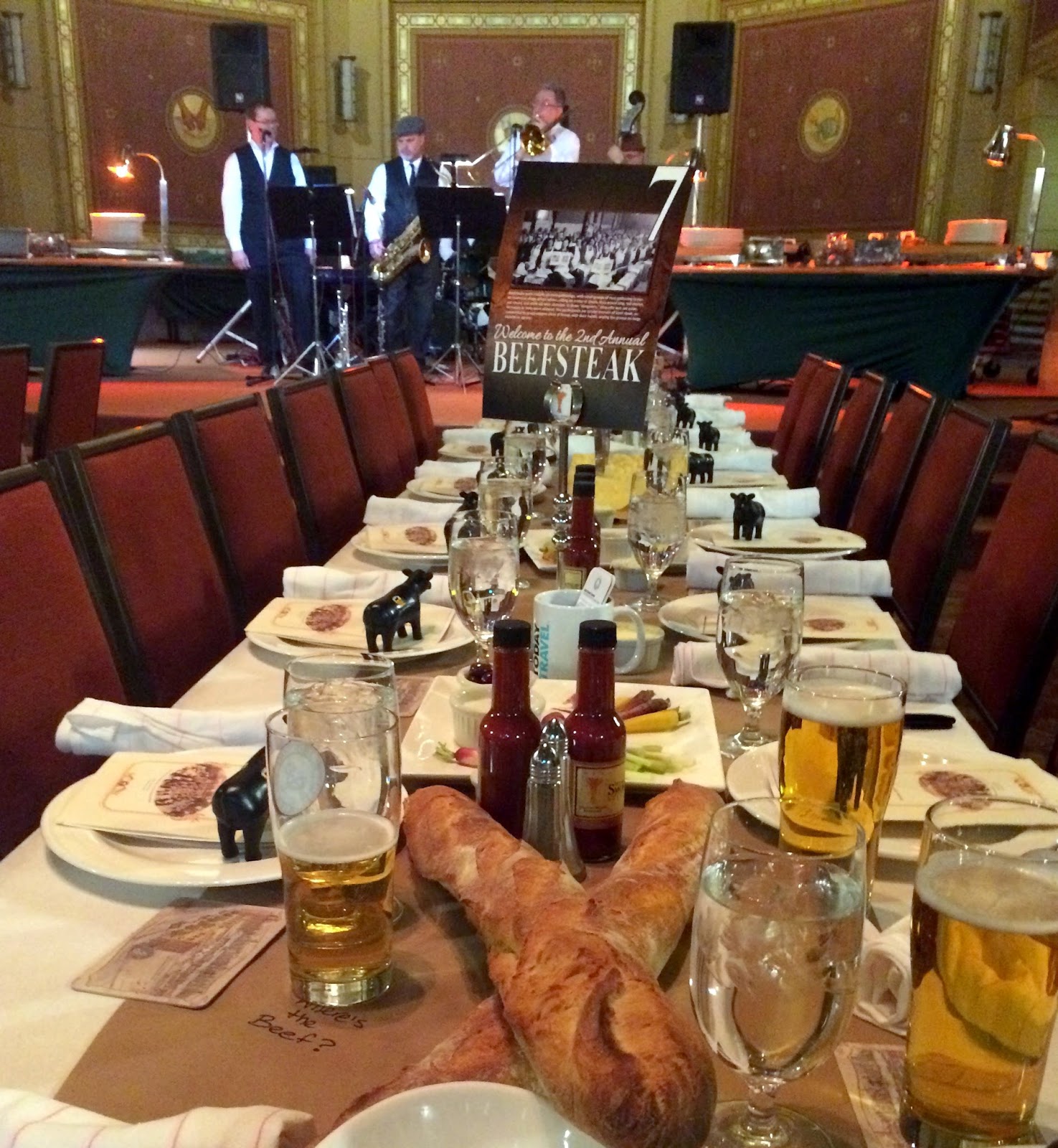 We knew we were in for a celebration of gluttony when we walked in and they handed each of us a beer glass, a paper butcher's hat, and an apron. This was a Beefsteak, after all. Now you're probably wondering, as I was, "What exactly is a Beefsteak?" According to the Culinary Institute of America, the food experts putting on this shindig:


The Beefsteak originated in New York City in the mid-1800s by organizations wishing to raise money for politicians, friends, or any cause. In the early days, Beefsteaks were men-only, all-you-can-eat events with diners sitting on crates and eating with their fingers, as no utensils were provided. Beef, beer, and brass bands were the focus of the evening, and gluttony was the order of the day! 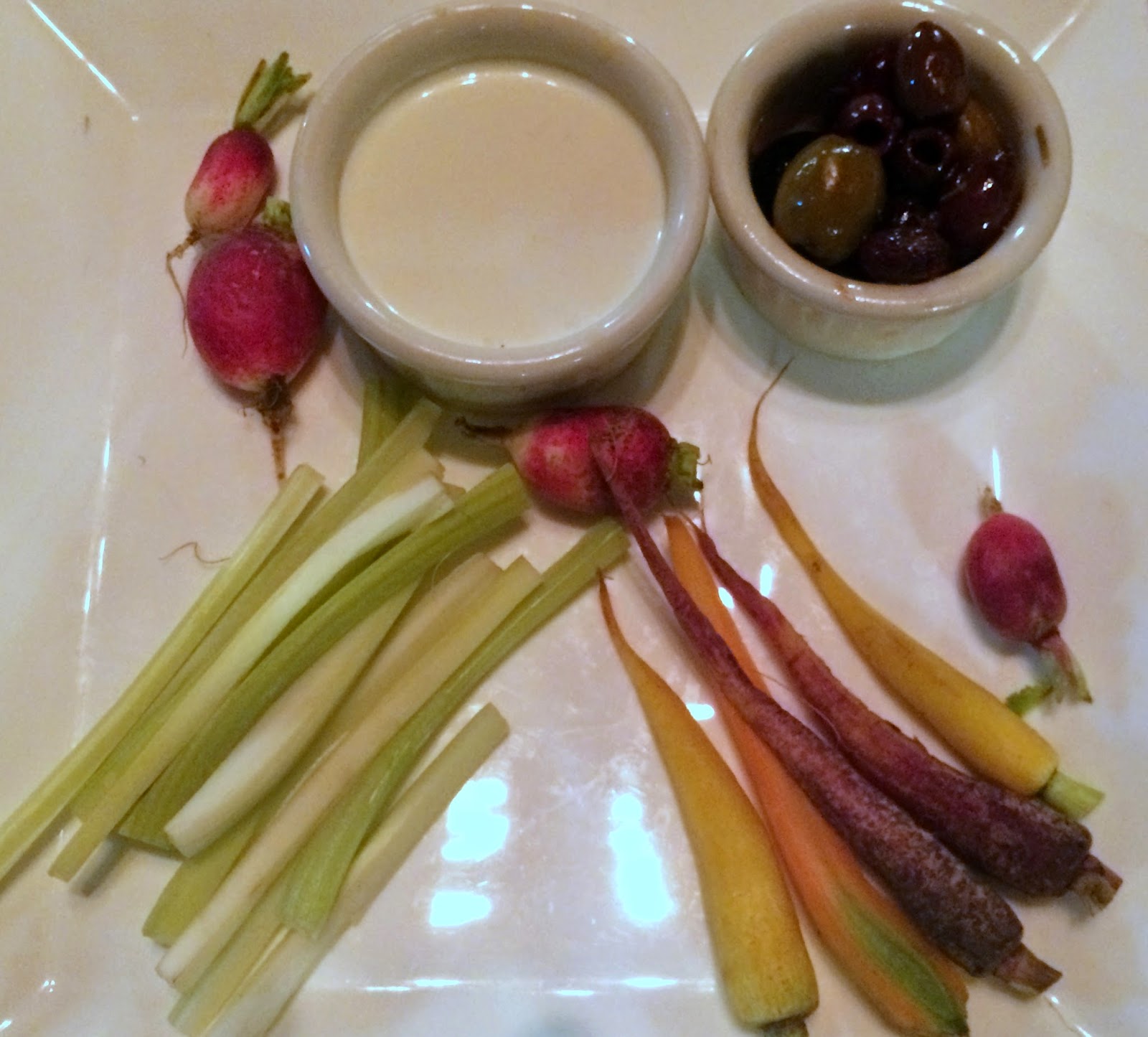 The only veggies of the night 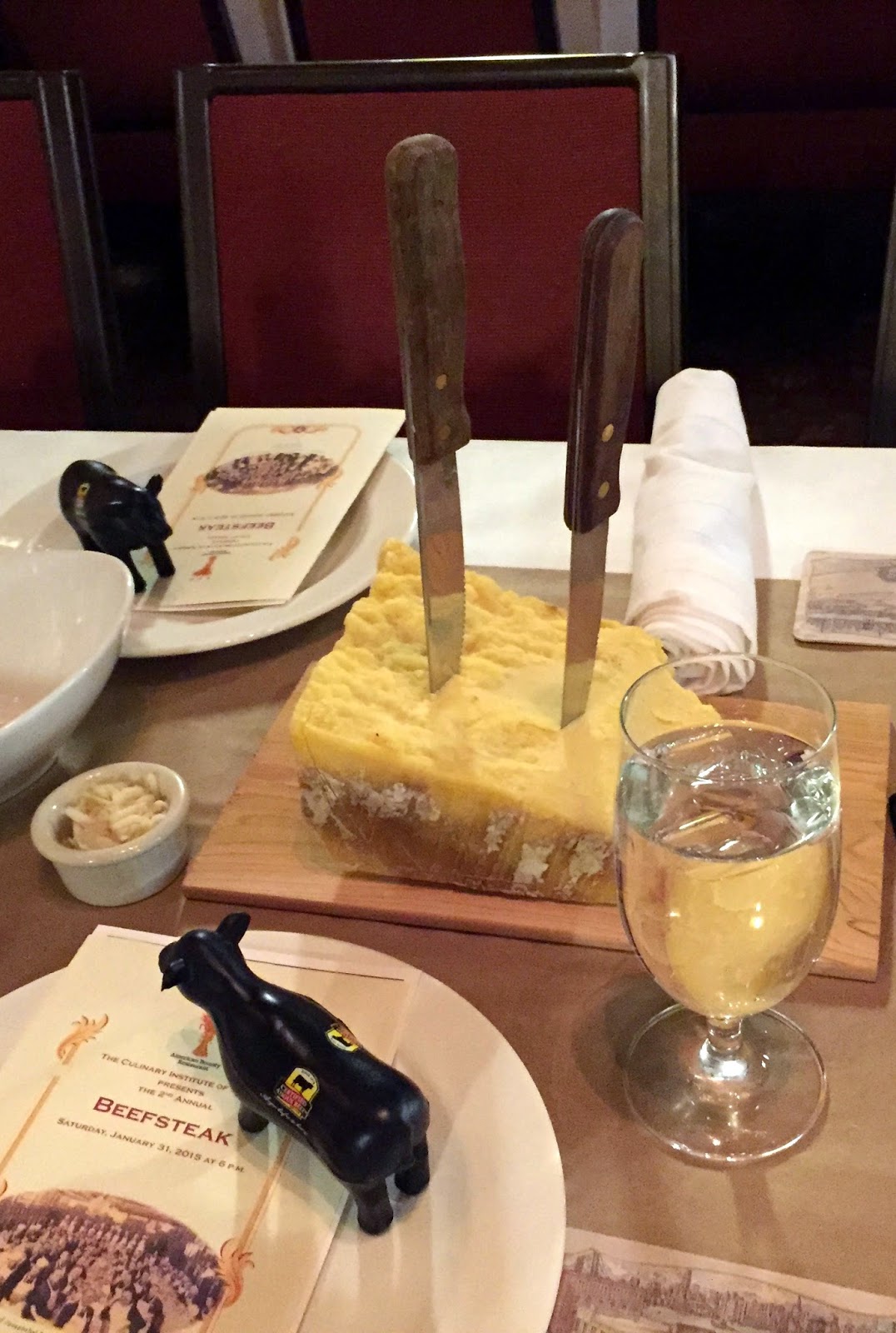 If that was the promise, the CIA's 2nd Annual Beefsteak granted it, although, thankfully, women were allowed, as were utensils (although those were optional, hence the aprons). The event was held in the stately Farquharson Hall, a divinely elegant setting for such a raucous event. Girls in red flapper dresses and black feather boas kept those glasses filled with Brooklyn Brewery beer all night. White-jacketed servers delivered course upon course, served family style to communal tables where strangers became fast friends. The band entertained throughout, even hosting a sing-along in between courses. At one point, whole bottles of bourbon hit the tables and still the food kept coming. Boy, were we thankful that we planned to stay the night. 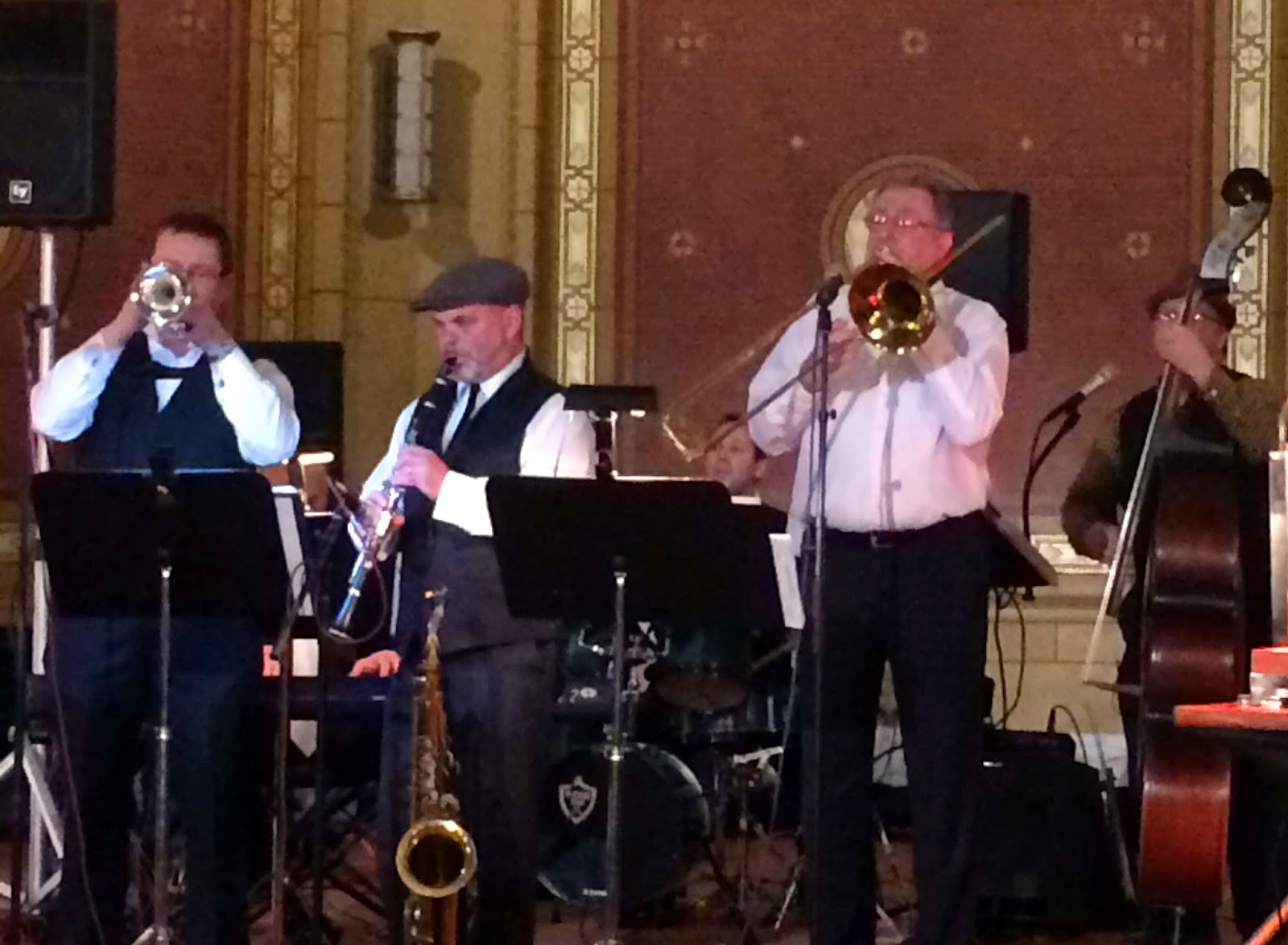 And the band played on...


On each table sat a vegetable plate that held the only vegetables we would see all evening, long loaves of crusty baguette and a hunk of aged New York cheddar pierced through with a giant knife. These were the amuse bouche, and we nibbled as we settled in for the night. 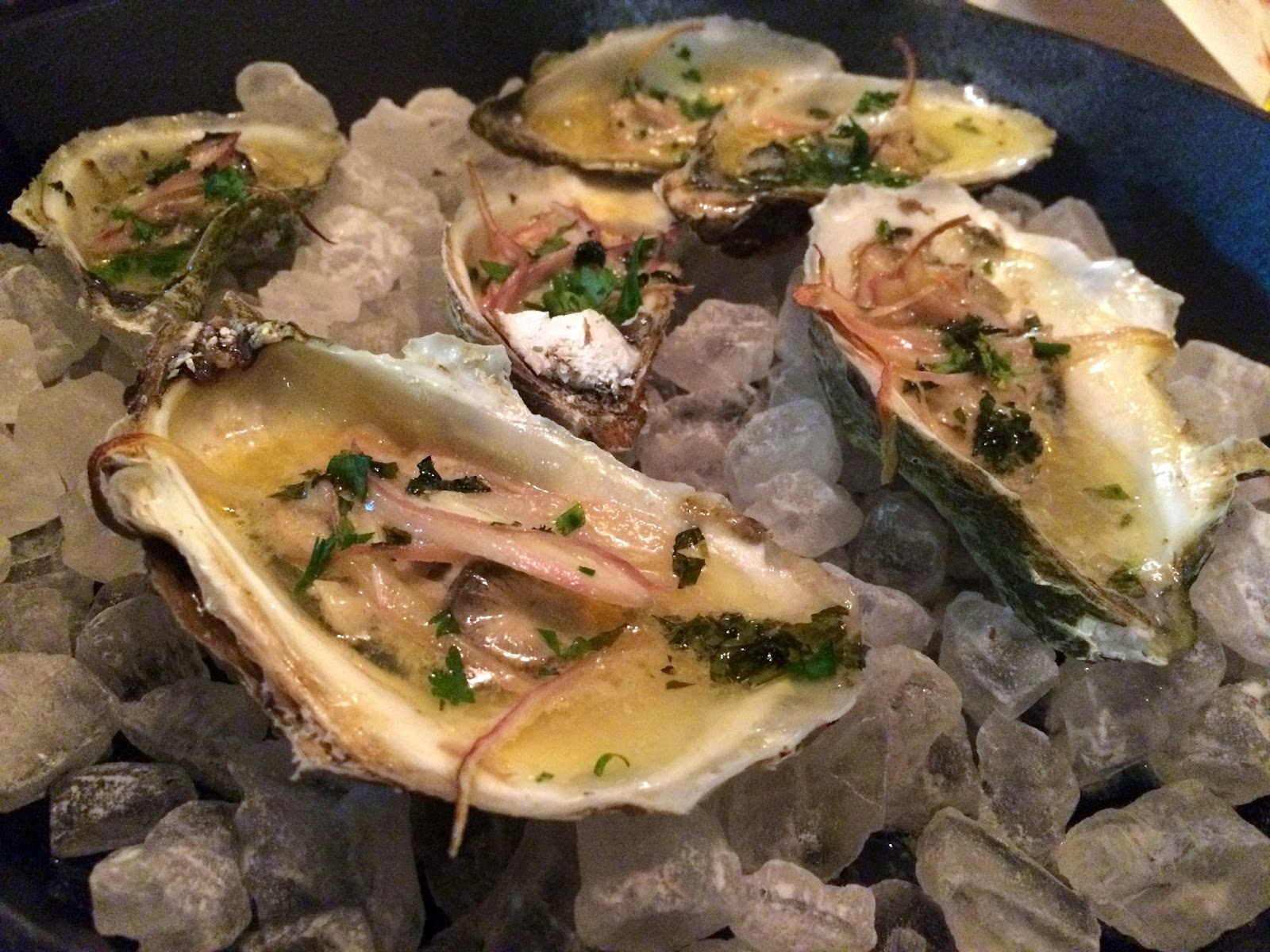 Roasted Oysters on a bed of rock salt 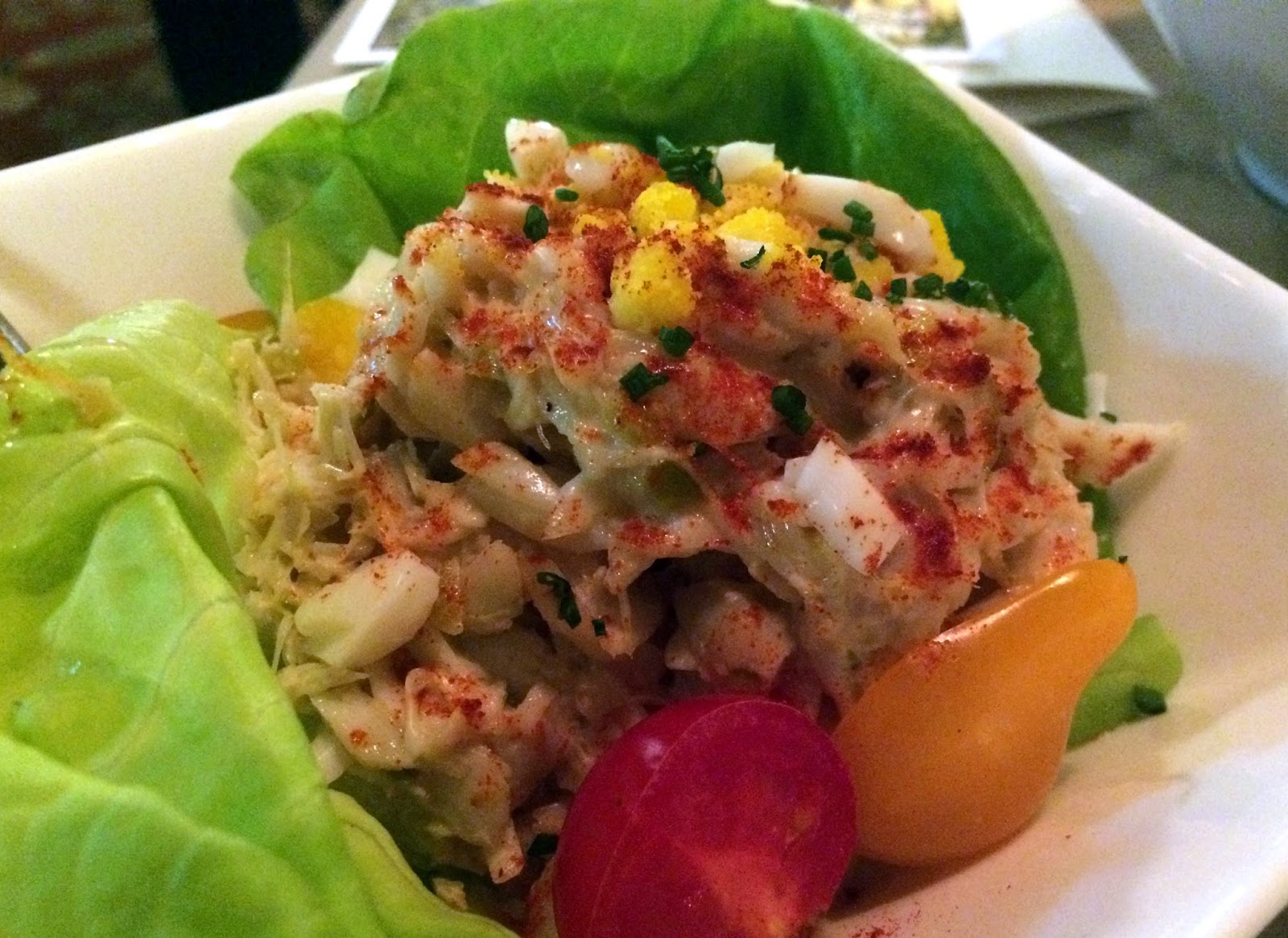 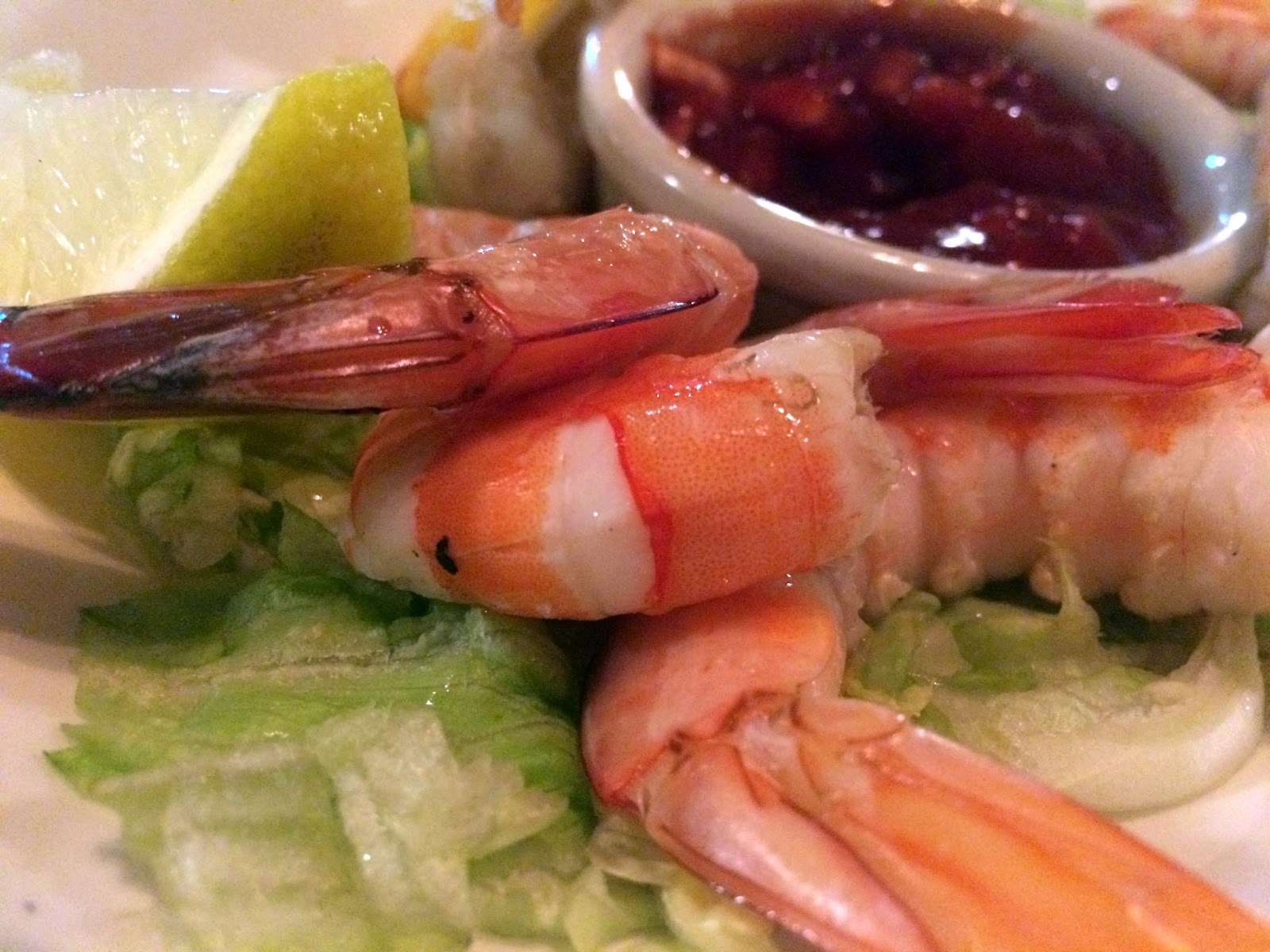 
Shortly thereafter, the first course was served. Typical of a steakhouse dinner, it consisted of a trio of seafood preparations: roasted oysters in a lively shallot mignonette, a lump crabmeat salad that we were tempted to eat with our fingers (but resisted), and perfectly seasoned jumbo shrimp cocktail. Tantalizing, indeed, and we anticipated what more may come. 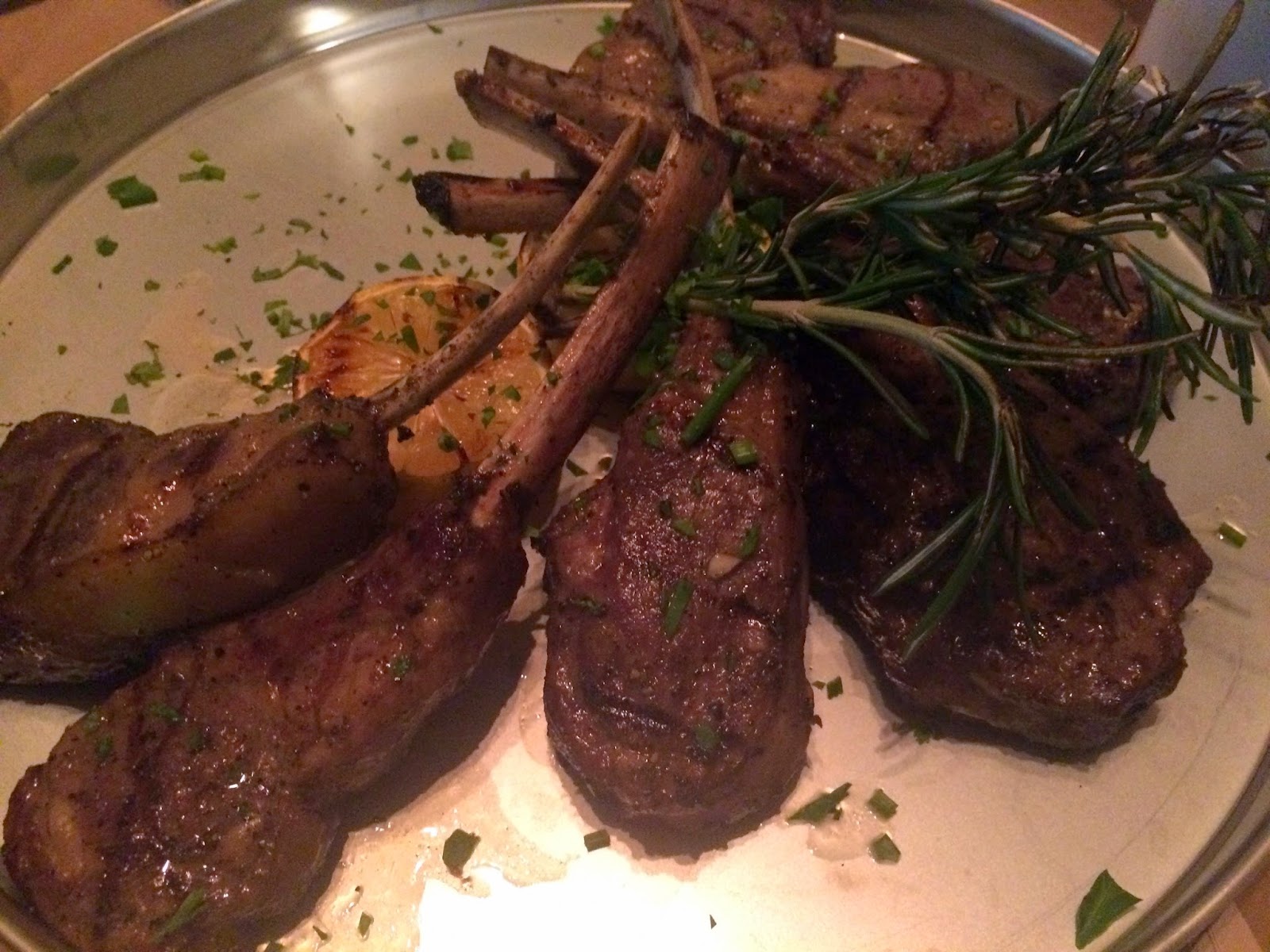 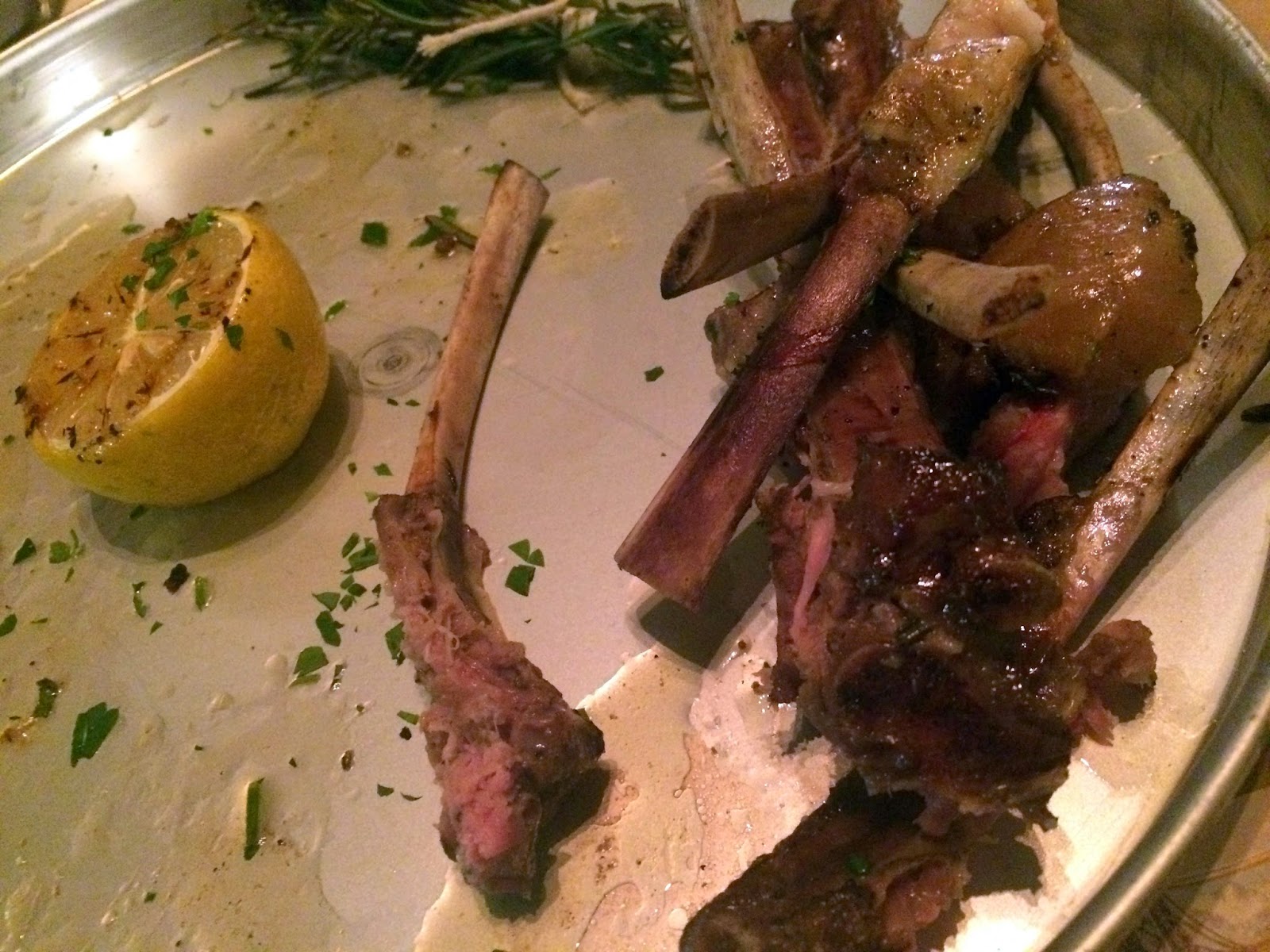 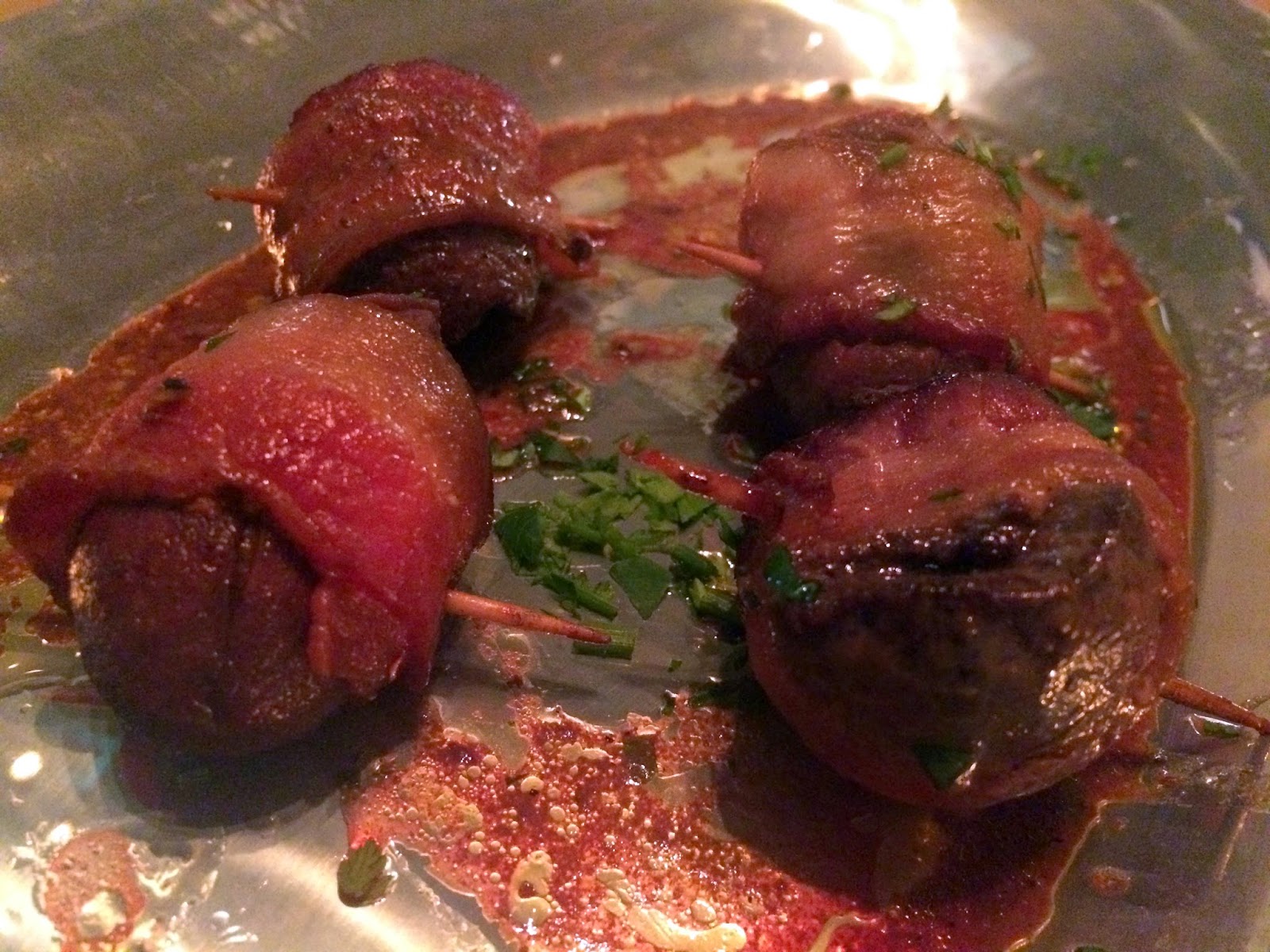 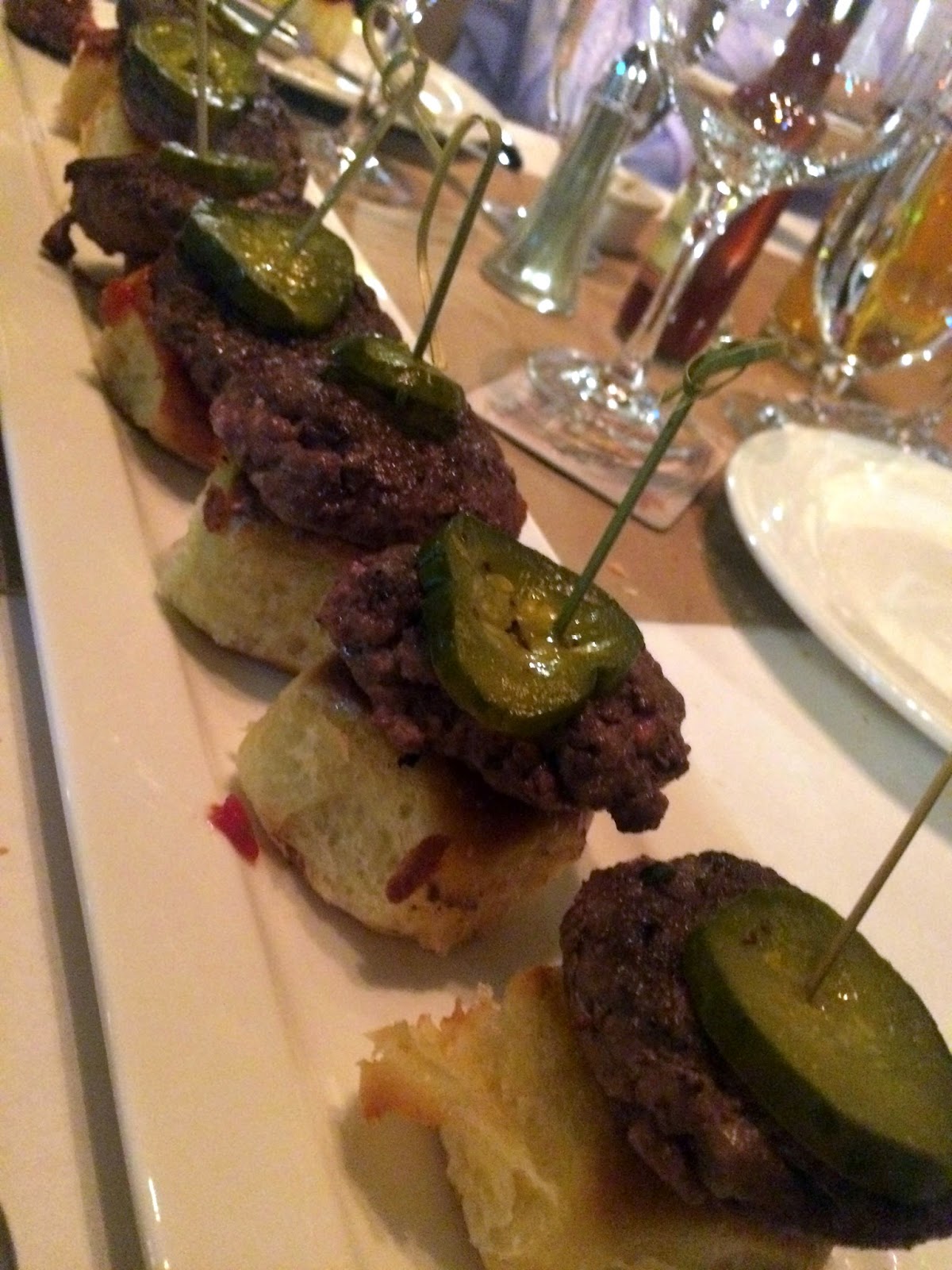 Sliders
The second round started with our favorite dish of the night - the most tender and succulent lollipop lamb chops flavored with rosemary and lemon. All that was left on that platter was a pile of bones. That was followed by bacon-wrapped lamb kidneys (tasty for some, but overshadowed by those chops), then beef sliders served on Parker House buns with a smoky-spicy ketchup made just for the event. 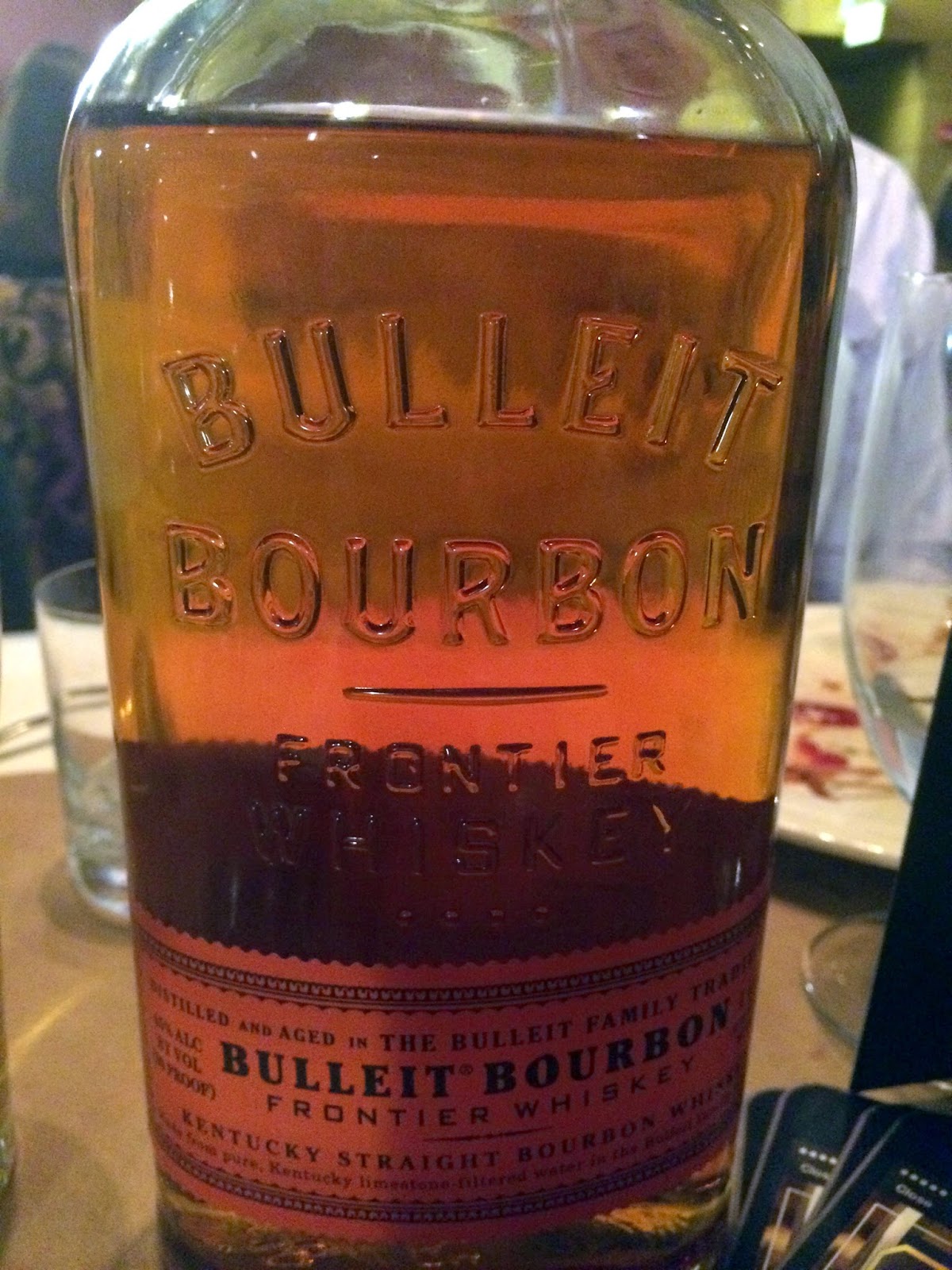 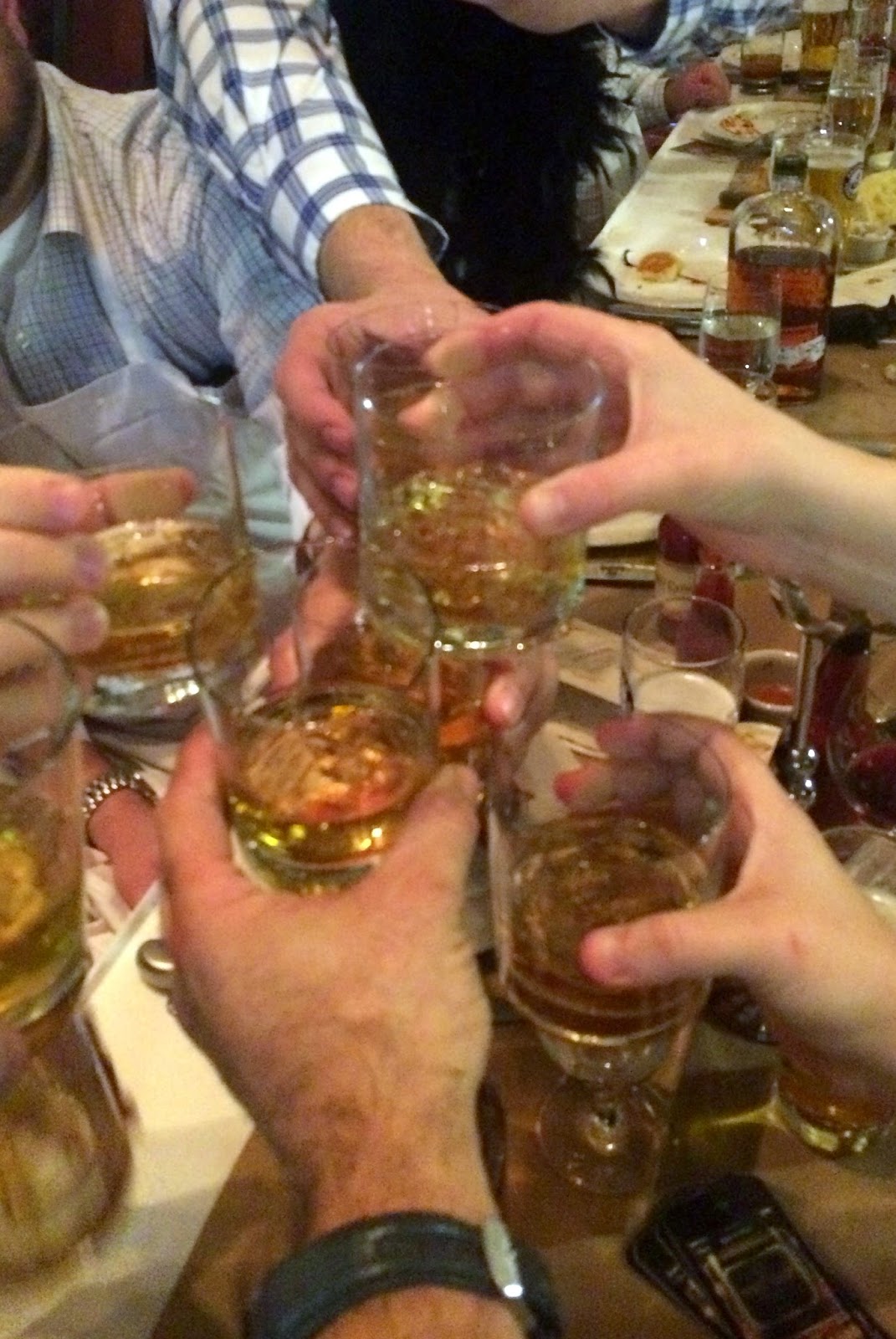 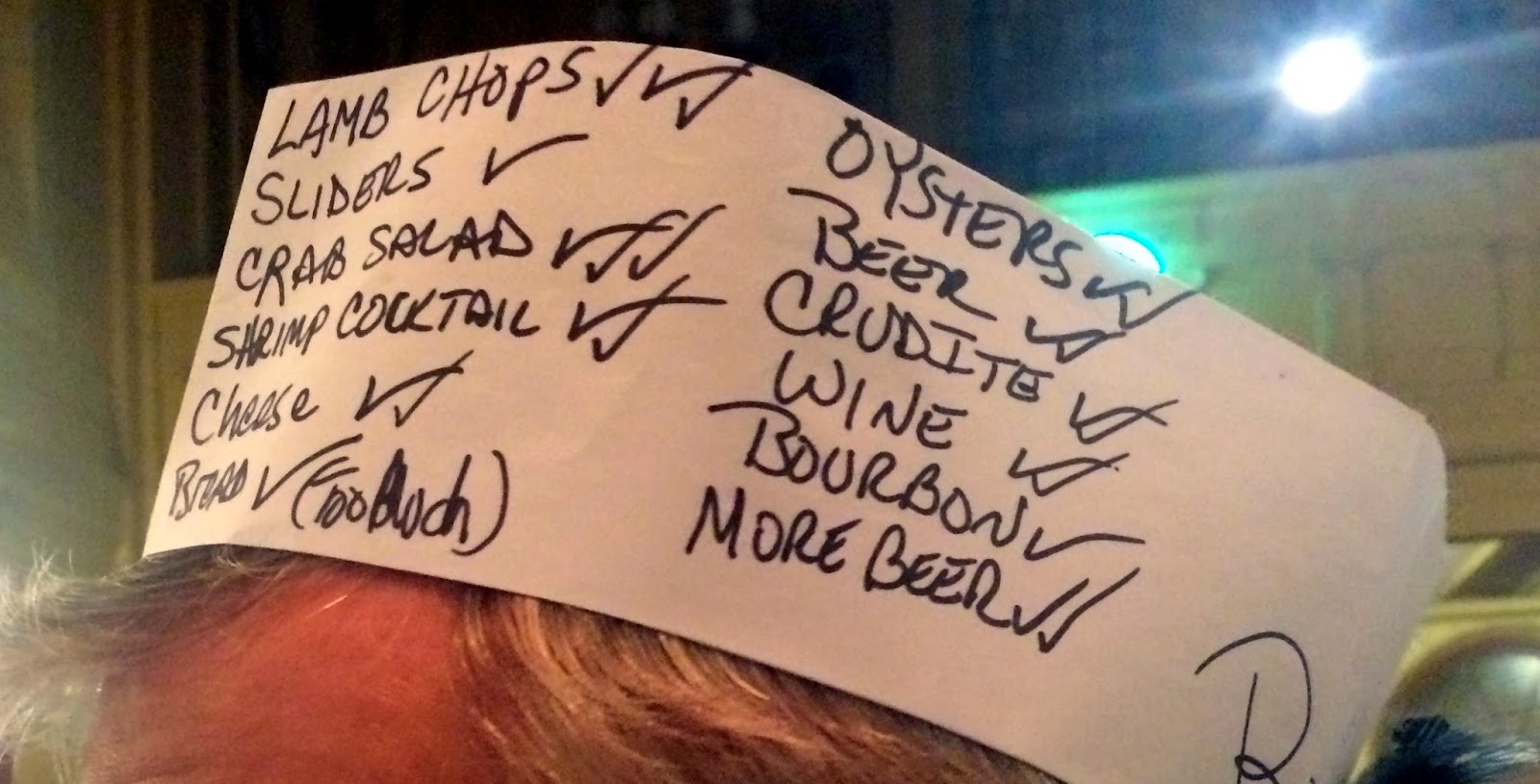 Our hosts must have realized diners would need a gustatory break at this point, and offered one in the form of an intermission and a sing-along. By now, in addition to the ever-flowing brew, the bottles of Bulleit Bourbon had been delivered, and several male diners, having charmed the flapper girls out of their feather boas, were wearing them around their necks as they delivered rowdy versions of "When the Saints Go Marching In" and "Yankee Doodle." 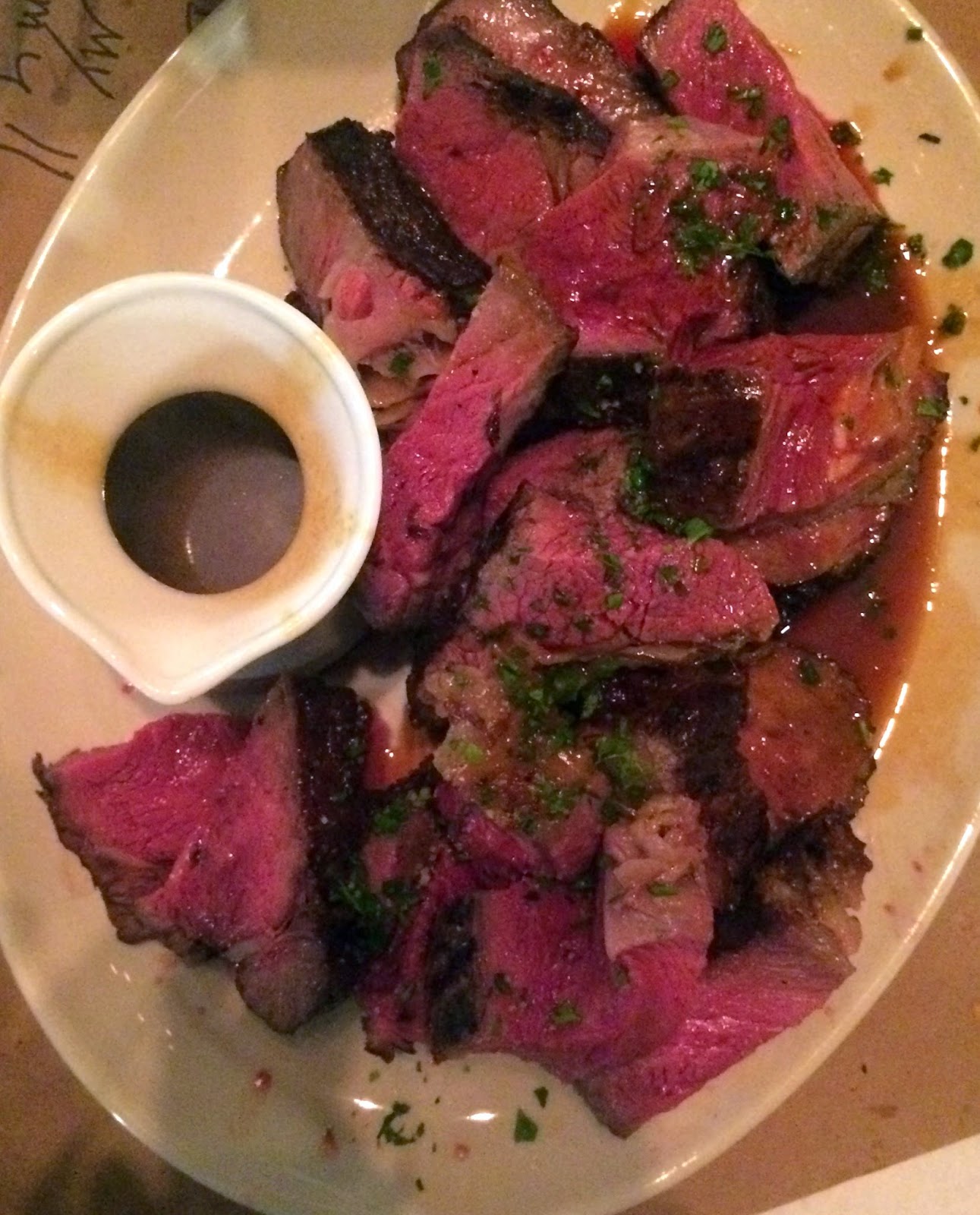 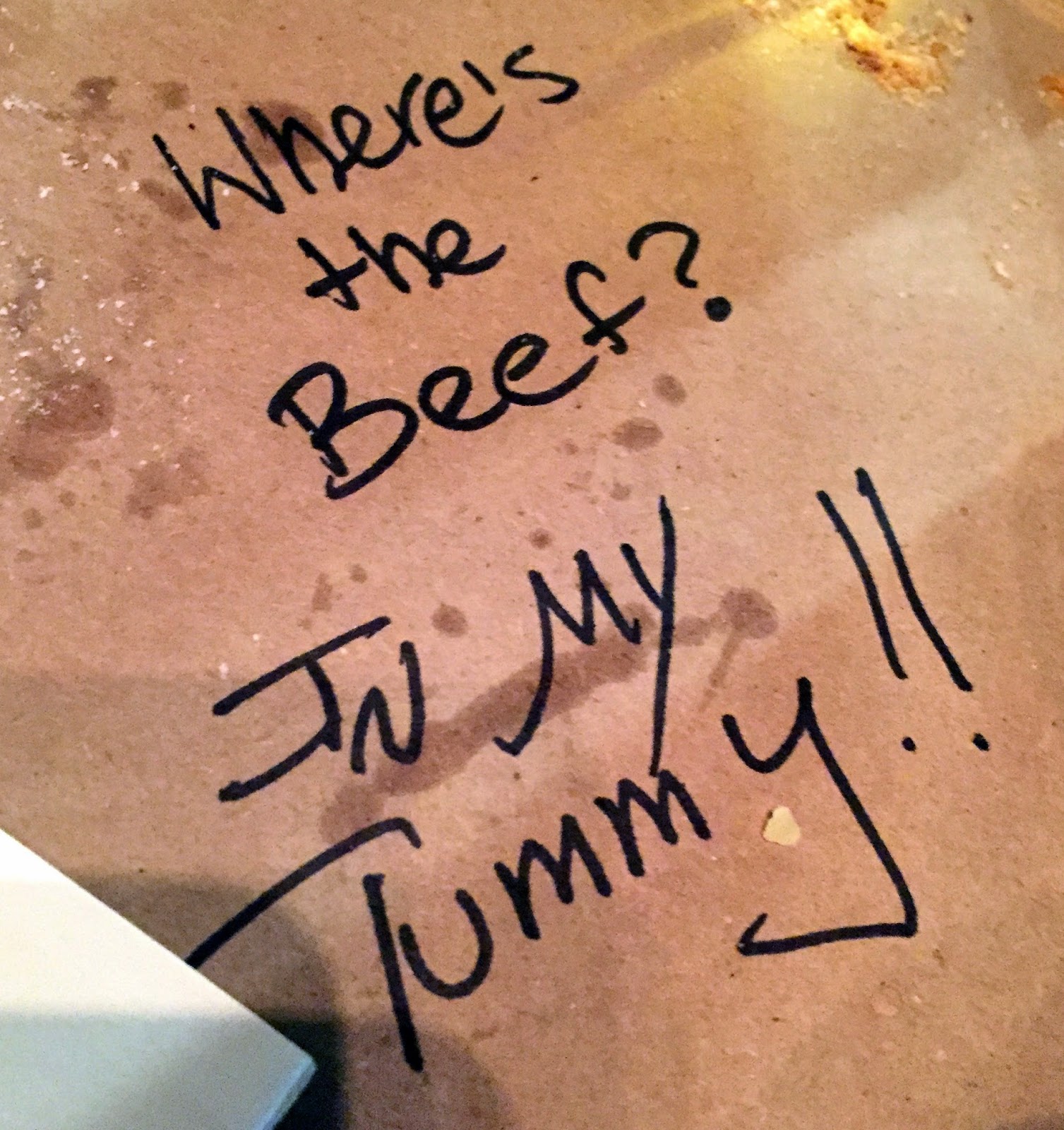 Suddenly the lights flickered to announce the end of intermission, and in marched a parade of waiters holding meat-filled trays aloft. This was the star of the show, the main event course of expertly roasted dry-aged sirloin with "blood and butter gravy" and house-made potato chips. The beef melted in our mouths and we groaned with delight and indulgence, not admitting to being full, yet inwardly wondering how we could smuggle slices of this tenderness back home (alas, we could not). 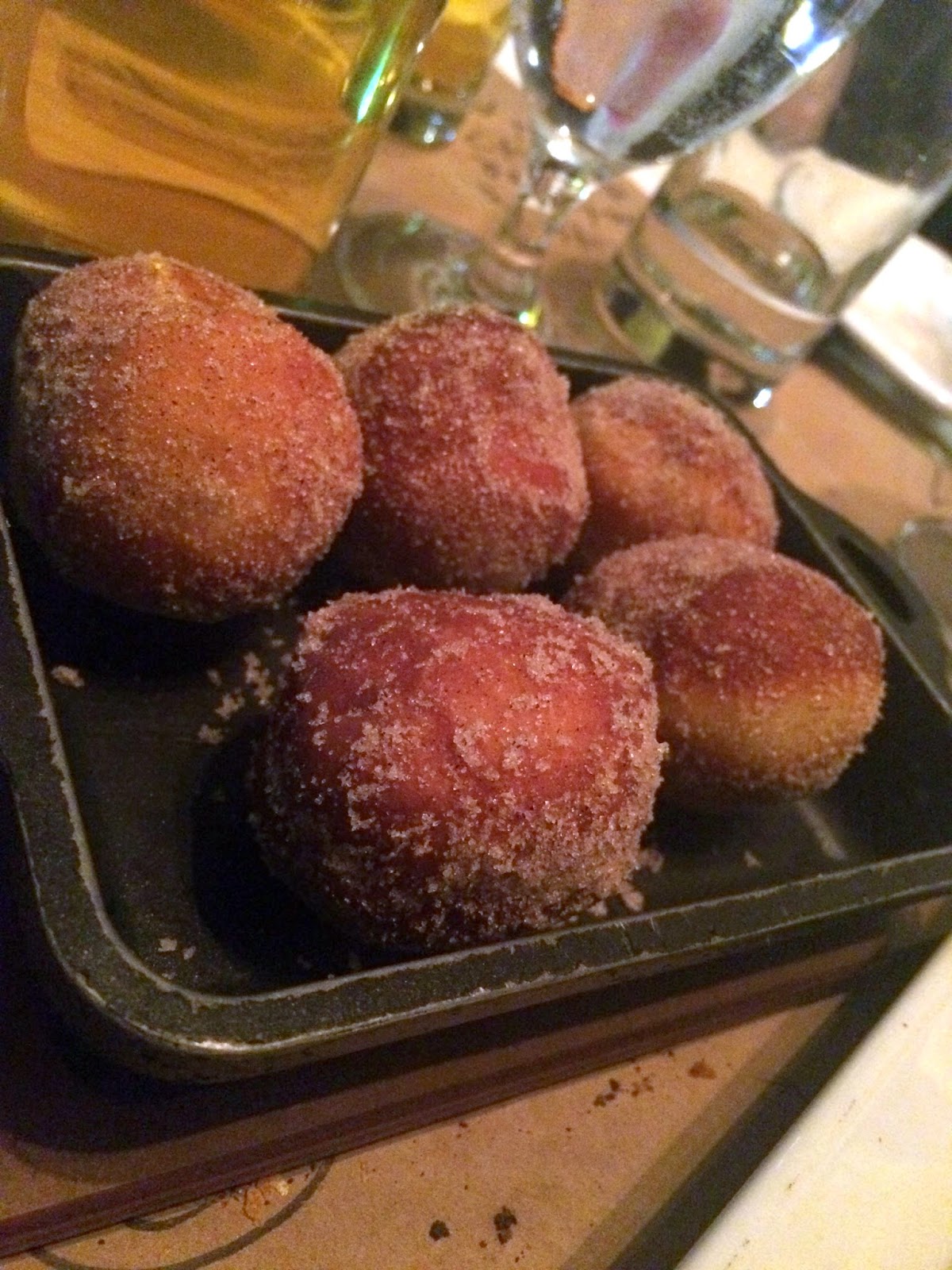 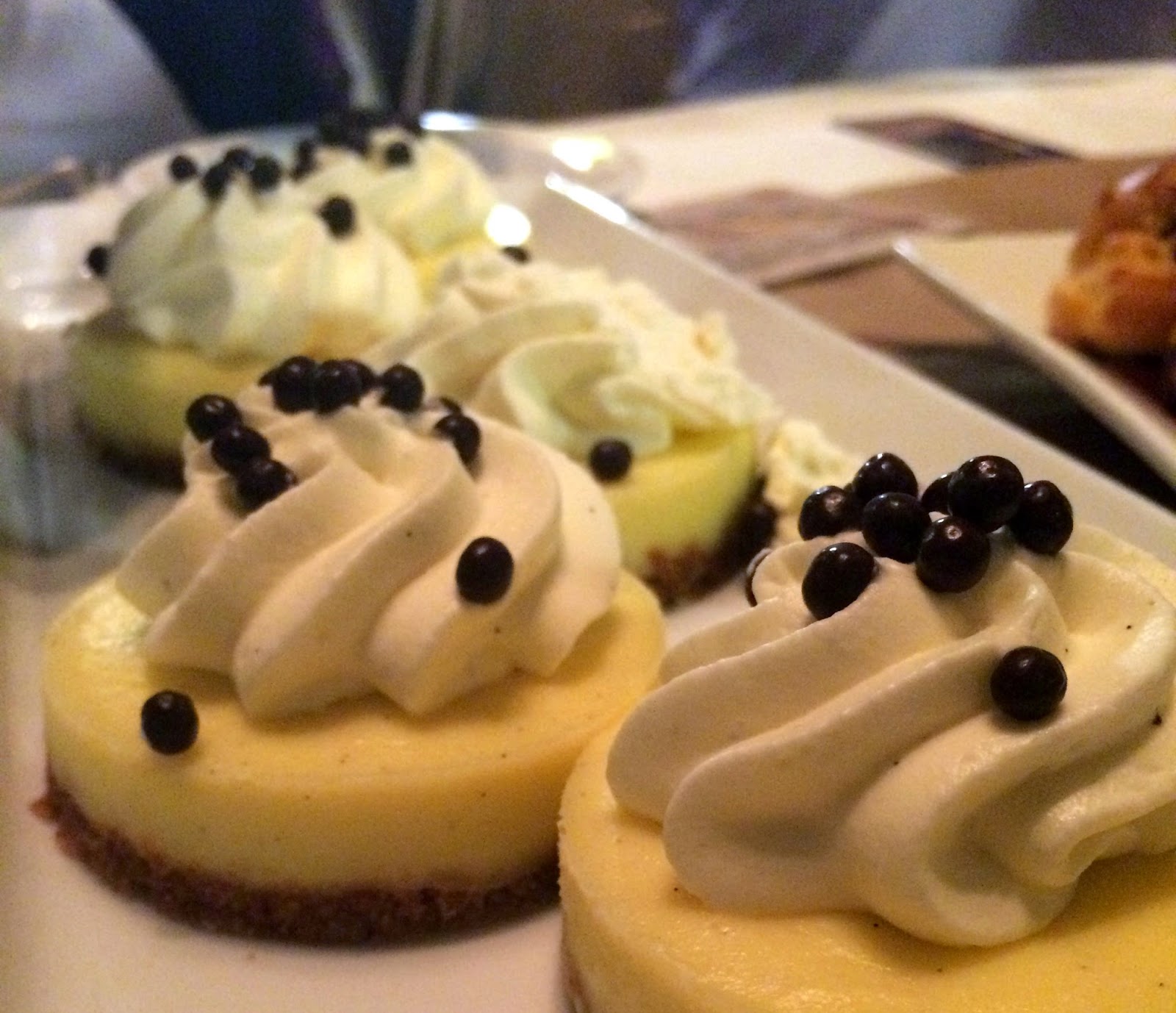 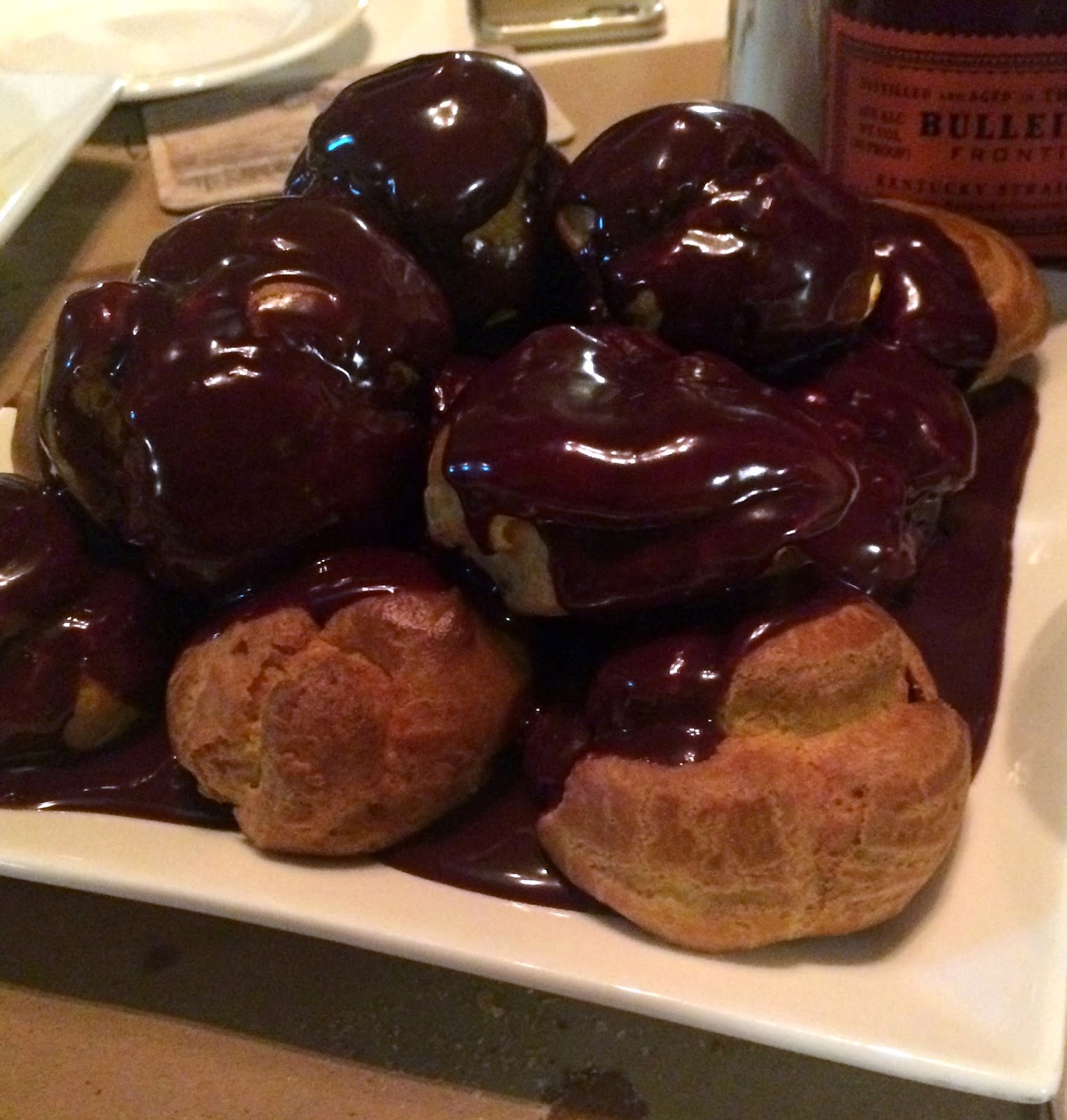 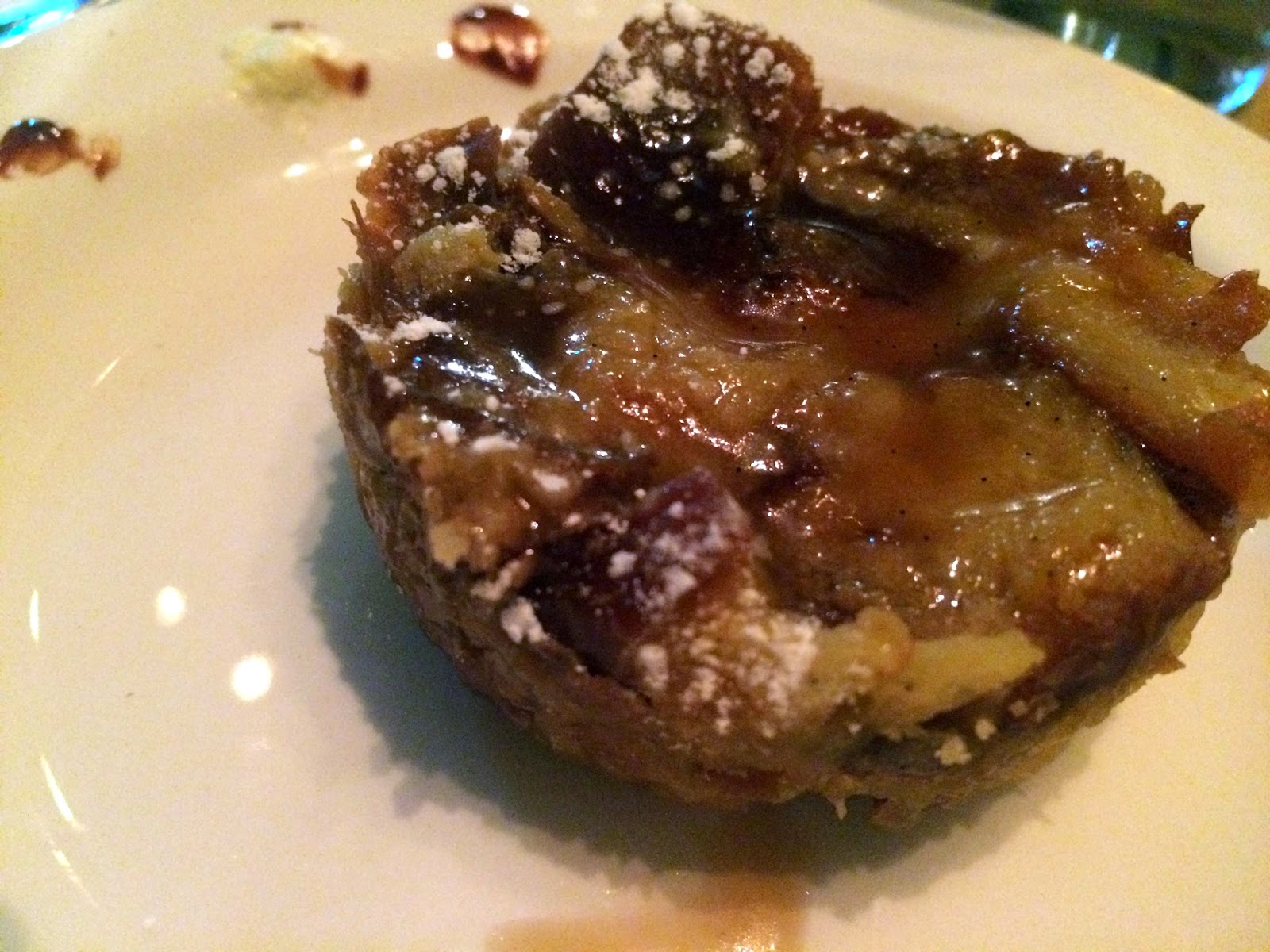 As if anyone could stuff another bite into them, dessert was delivered at last. Cream-filled profiteroles drizzled with dark chocolate sauce, cinnamon sugar-rolled doughnuts, New York style mini-cheesecakes and bourbon bread pudding. We picked at each one, but we were at the point of satiation. The evening was winding down. Our aprons were spotted with stains and our stomachs were bulging. We exchanged pictures with our new friends and vowed to see them next time. Just to make sure, I turned to M and R and said, "We are coming next year, right?"

M replied, "I'd buy my ticket now if I could." Ditto that, my friend.

Cheers to the Beefsteak, cheers to gluttony! 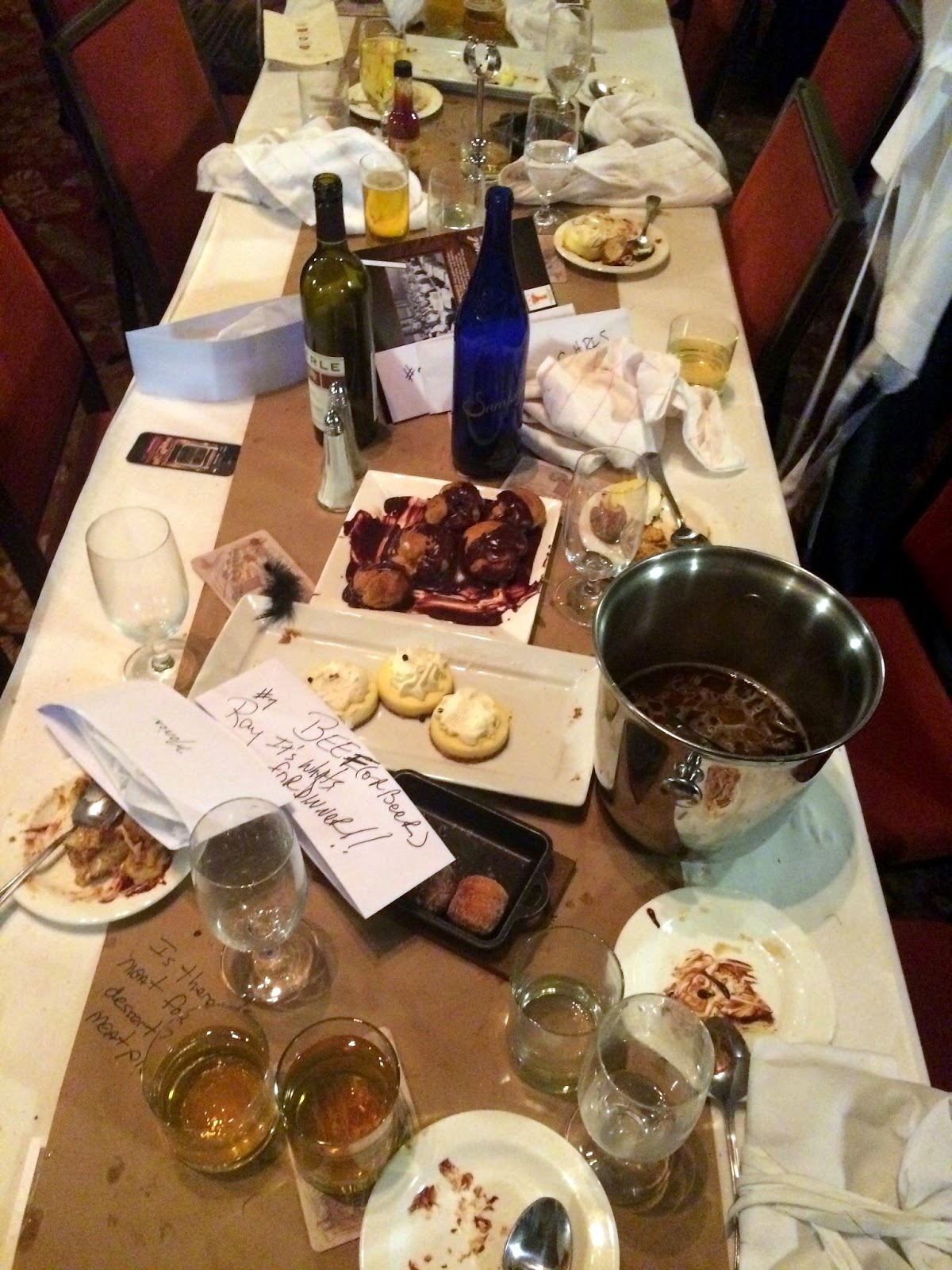 The remnants of a most amazing evening.