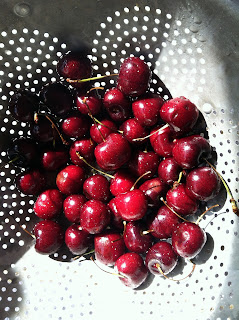 We were sure cherry season had come and gone but then spotted these nearly-black beauts at the market. Amy snatched up a pound of them, recalling a recipe she had seen on Food52 on the bus on the way to New York for the cruise. The recipe had been forgotten over the gadget-free week at sea, but the market display brought it right back. She looked it up then and there, in the middle of the store. 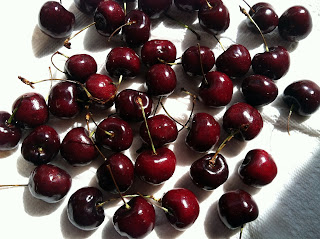 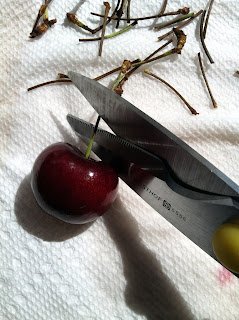 Now, a few years ago during a long weekend in the Federal Hill section of Providence, we spent an hour or so at a tasting at Gasbarro's Wines where we were introduced to B. Nardini's spectacular Acqua di Cedro Liqueur. We loved it so much that we bought two bottles, and have bought several since. We think of it as lemon-flavored grappa, which is how it was described to us. The Nardini website calls it "the noble cousin of limoncello," and describes it quite succinctly as "sweet with a citrus taste." 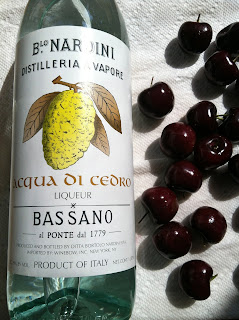 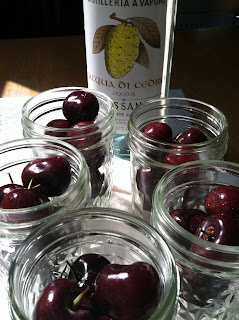 Well, what we did was take these two unique products, one of nature, one of man, and marry them via the Food52 recipe. We made five small jars of Acqua di Cedro-Soaked Cherries and set them aside as this year's Christmas Eve favors. Our hope is that they have a bit of a cherry-lemonade flavor; a taste of summer in the harshness of winter. Five households, five jars. So if you need a nice Christmas gift, get on it ASAP. These need a few months to soak (and there are only 122 days until Christmas!). 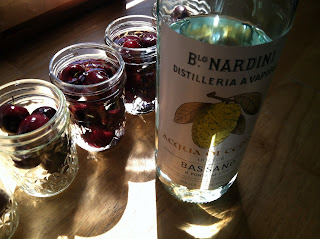 Wash and dry cherries thoroughly. Snip off all but 1/4 inch of each stem (it will "act like a little umbilical cord that drinks up the grappa"). Arrange cherries in jar and pour enough grappa over them to cover. Seal in jars and store in a cool dark place for 4-6 months. 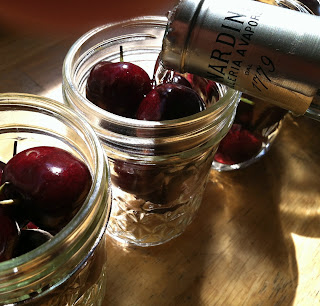 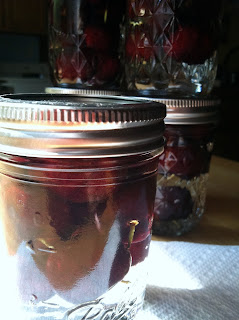 This sounds interesting. I'll have to try it!