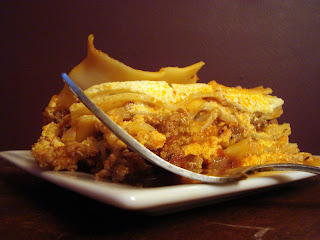 The other night, Amy was talking to her mom and her mom mentioned that she had made lasagna in the slow cooker. Doesn't that just seem like a brilliant idea? We had to try it, expecially since it's slow cooker season. So we assembled our normal lasagna recipe (below) with no-boil noodles and let it cook in the slow cooker for four hours. 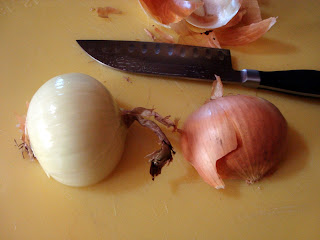 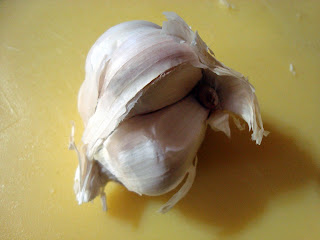 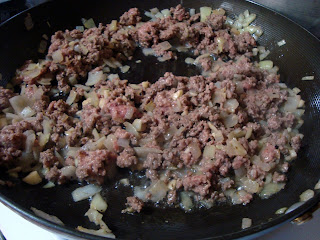 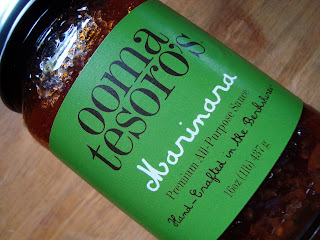 Now, when most people hear "slow cooker recipe," they think of convenience and ease. This is not necessarily true with this recipe. We thought we could explain what we mean via the following list of pros and cons: 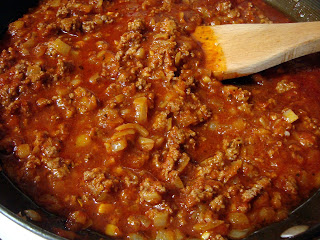 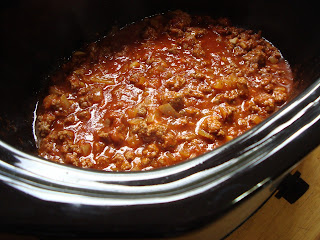 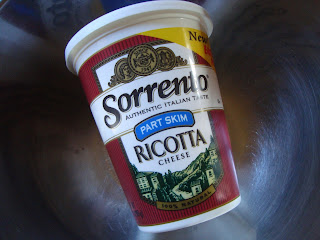 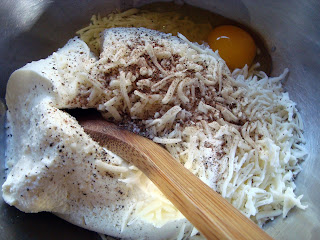 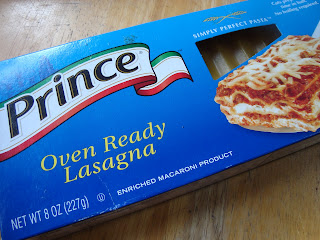 So although this particular recipe was cooked in the slow cooker, it misses the mark when it comes to both convenience and ease (except for using jarred marinara rather than making your own). Nonetheless, the result was what we wished for: a delicious and hearty cheesy layered baked slow-cooked pasta dish that was ready when we got home from work. 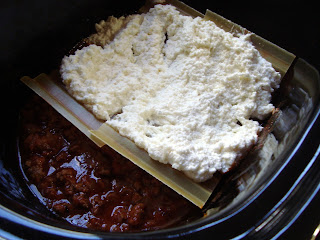 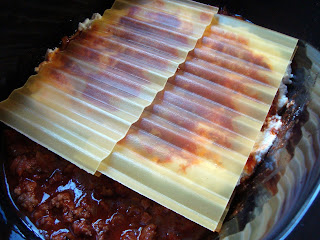 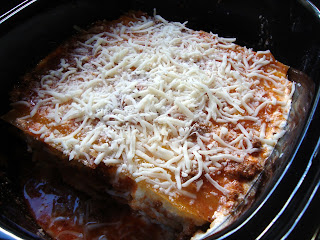 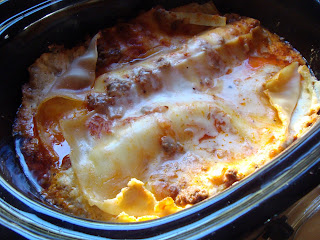 Heat the olive oil in a large saute pan. Saute the onion, garlic, and Italian seasoning together until the onion begins to soften, then add the ground beef. Brown the beef, stirring often, then add the marinara sauce and cook until heated through; remove from heat. In a large bowl, stir together the ricotta cheese, 1 1/2 cups of the mozzarella, the egg, salt, pepper and nutmeg until well combined. Place the slow cooker on low heat. Pour in a thin layer of the meat sauce on the bottom of the slow cooker. Top the sauce with two noodles, then spread the cheese mixture over the noodles. Cover the cheese mixture with sauce, then noodles, then cheese mixture. Continue the layering process until you run out of cheese mixture and end with noodles on top. Pour the remaining sauce over the top noodles and cover with the remaining half-cup of mozzarella cheese. Sprinkle the water over the lasagna. Put the lid on the slow cooker and cook on the lowest setting for four hours, or until noodles are tender. 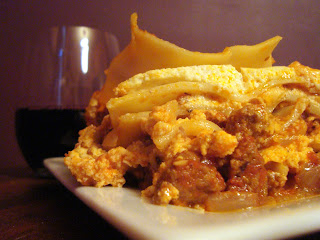 All That's Left Are The Crumbs said...

This seems like a brilliant idea. We don't really have a slow cooker season here but who doesn't like the convenience that a slow cooker offers? I am looking forward to trying this soon. Thanks!

I am so glad that I found your blog.I am exploring the options with slow cooker. Delicious lasagna post. I briefly browsed through your posts and I am sure that I will be back often to check your recipes. Let's stay connected.

Thanks for sharing some with me! Like I said, it was delicious. I only wish I had a little sauce on the side for dipping ;)