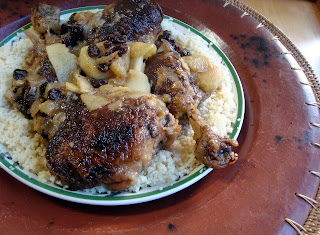 Being a food blogger means being part of a community, and a few weeks ago, we lost a member of that community. Daniel Saraga, author of The Haggis and the Herring, died suddenly, leaving behind his family including his wife, Meredith and their three children. You can read his wife's beautiful eulogy of him here on his blog. 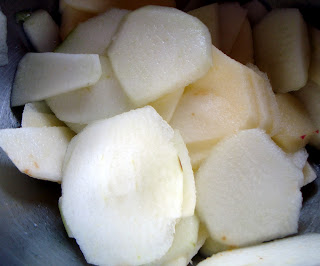 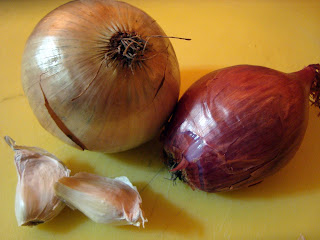 While we did not know Daniel, we knew of him through the Secret Recipe Club. Today, members of the club are revealing posts in which they recreated some of Daniel's recipes as a tribute to him, and we wanted to be a part of that. When we browsed through his extensive recipe list, it was difficult to choose one in particular because they all sounded so good, but we had a rough weekend ourselves, including a death in the family, and so we went with a recipe that we could make with items we already had in the house, and that was his Chicken Tajine with Apples. 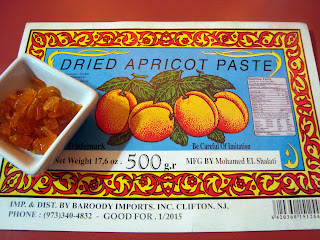 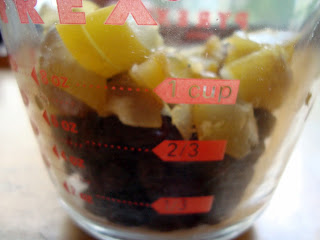 Since we were determined not to not have to go out to the market, we borrowed a couple small apples from neighbors D and J, went without the almonds, and used chopped dried apricot paste rather than dried apricots, but we imagine the end result was very similar. As the tagine cooked, the house filled with the scent of sensual spices such as cinnamon and cumin. The chicken was moist and tender, and the sauce, punctuated with apples, dates and raisins, was teasingly exotic. As we sat down to eat, we toasted Daniel and wished our condolences to his family, as we do here with this post. 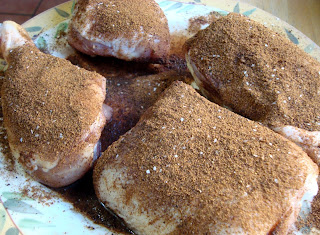 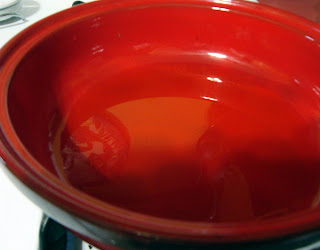 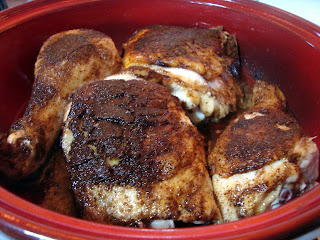 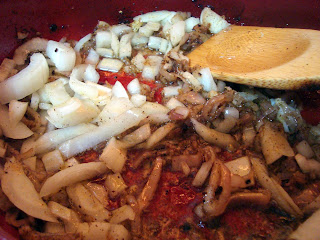 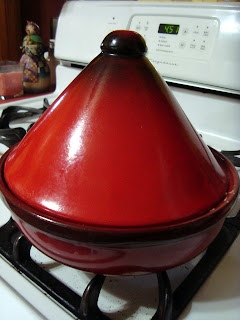 slightly adapted from The Haggis and the Herring

Core, peel and slice apples into thin wedges, toss in lemon juice and set aside. Combine cumin, chili powder, cinnamon, salt and pepper and sprinkle onto chicken. Heat oil on medium in the bottom of a tagine or large pot, and brown chicken on both sides. Remove chicken and set aside. Sprinkle onions, shallots and garlic with ground ginger and saute in the same pot for 2-3 minutes. Place chicken back in the pan and add broth, saffron, and chopped apricot paste. Bring to a boil and place cover on tagine or pot; let simmer on medium for 25-30 minutes. Add apples (with lemon juice), raisins, and dates, reduce to medium-low and let simmer for another 5-10 minutes. Serve over prepared couscous. 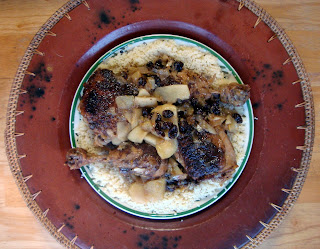 I love that you chose this dish - it looks absolutely amazing! Beautiful tribute to Daniel.

Amy, that looks delicious! It is nice to be part of a group who can come together an honor someone with whom they share a passion (for food). Well done.

I love Moroccan cuisine but not enough to buy a tangine, yet.

I love seeing what other people are doing today.

All such wonderful posts in tribute to Daniel. And now I want a tagine--this chicken sounds great!

What a nice tribute to Daniel!

I'm so sorry for your loss and ours with Daniel.

This looks so delicious!

I work with AllFreeSlowCookerRecipes and have been trying to contact you. Please email me if there is a good way to reach you. Thanks!

I found out about Daniel's passing earlier today. Though I didn't know him. The tributes to him have been lovely. My heart goes out to his loved ones. So tragic.

I just love using my tagine, and this was a fitting choice! Thank you for using the banner :)

Your tagine looks amazing, a perfect tribute to Daniel. Sorry for your loss too.

What a sad story. Your tribute is touching and I know must be a wonderful support for the family. Your recipe looks absolutely scrumptious.

What a beautiful way to honor someone! That chicken looks glorious!