The Return of the Worlds Kielbasa Festival 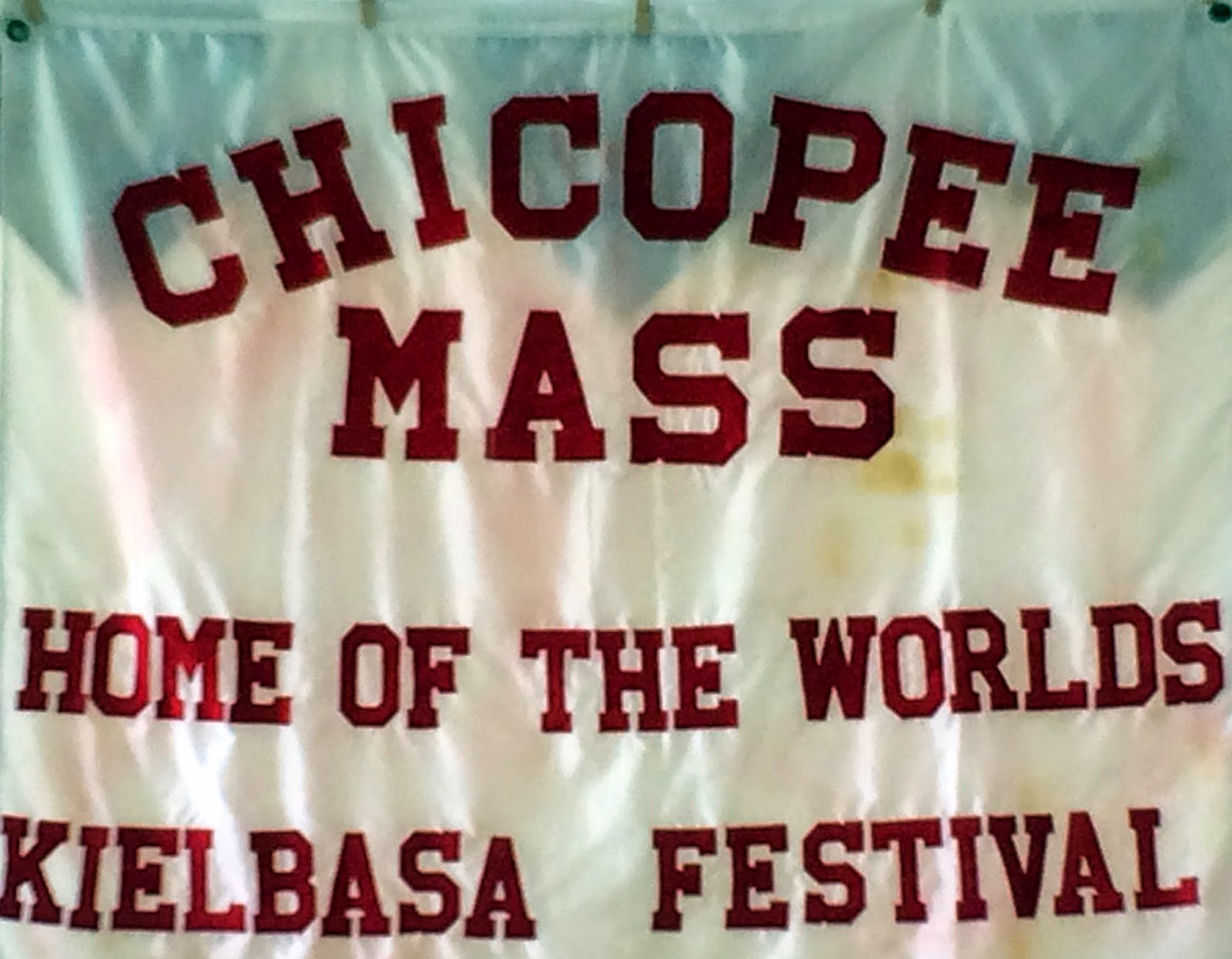 Amy is from Chicopee, Massachusetts, and one thing everyone knows about Chicopee, Massachusetts, is that it was the home of the Worlds (sic) Kielbasa Festival. From its humble beginning in 1974, the Kielbasa Festival grew and became a town tradition for 22 years. It was held in the parking lot behind the now-defunct Fairfield Mall, and highlights included carnival rides and games, polka bands, a kielbasa eating contest (amongst plenty of other Polish foods), and the crowning of Miss Chicopee. 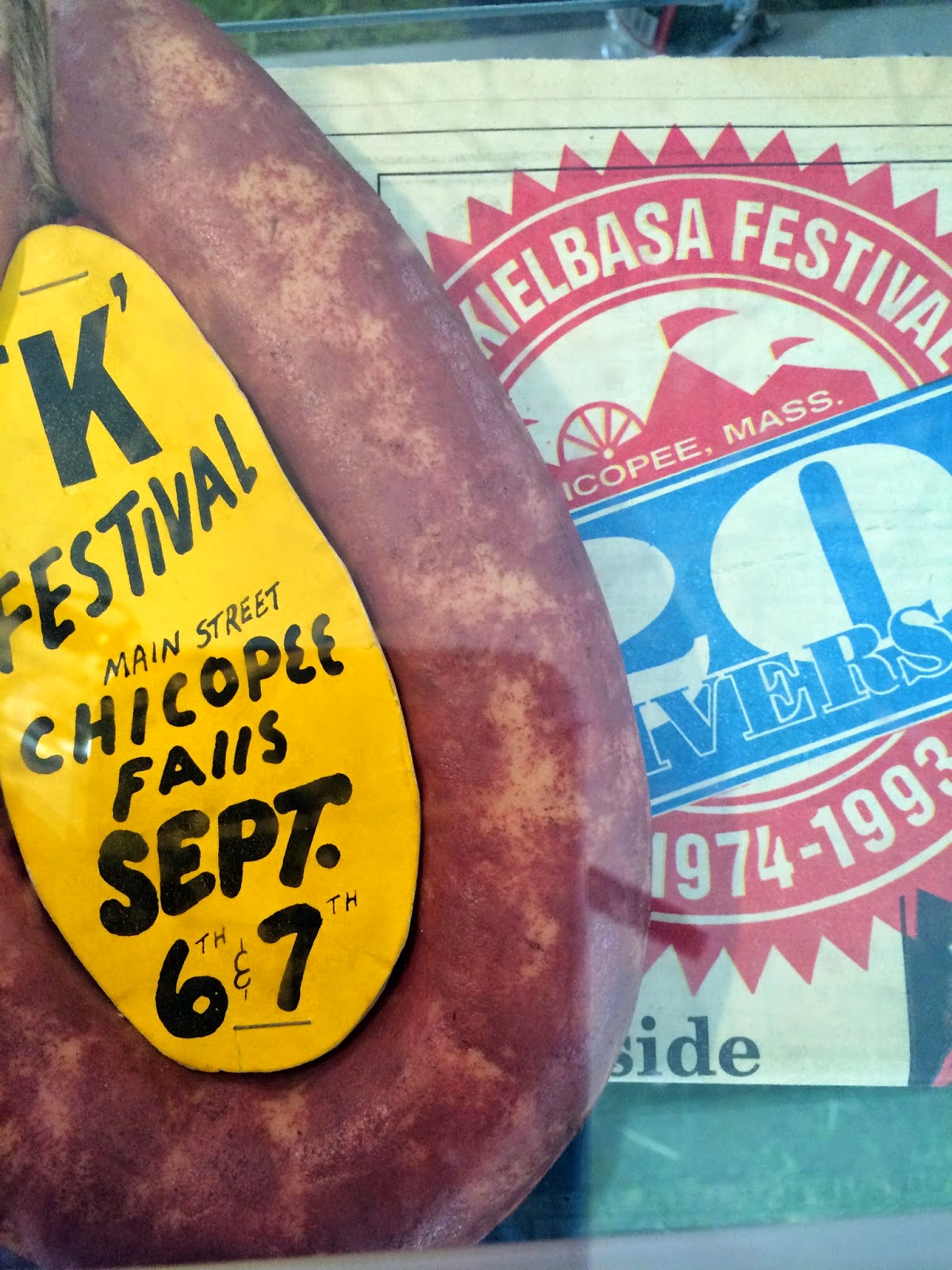 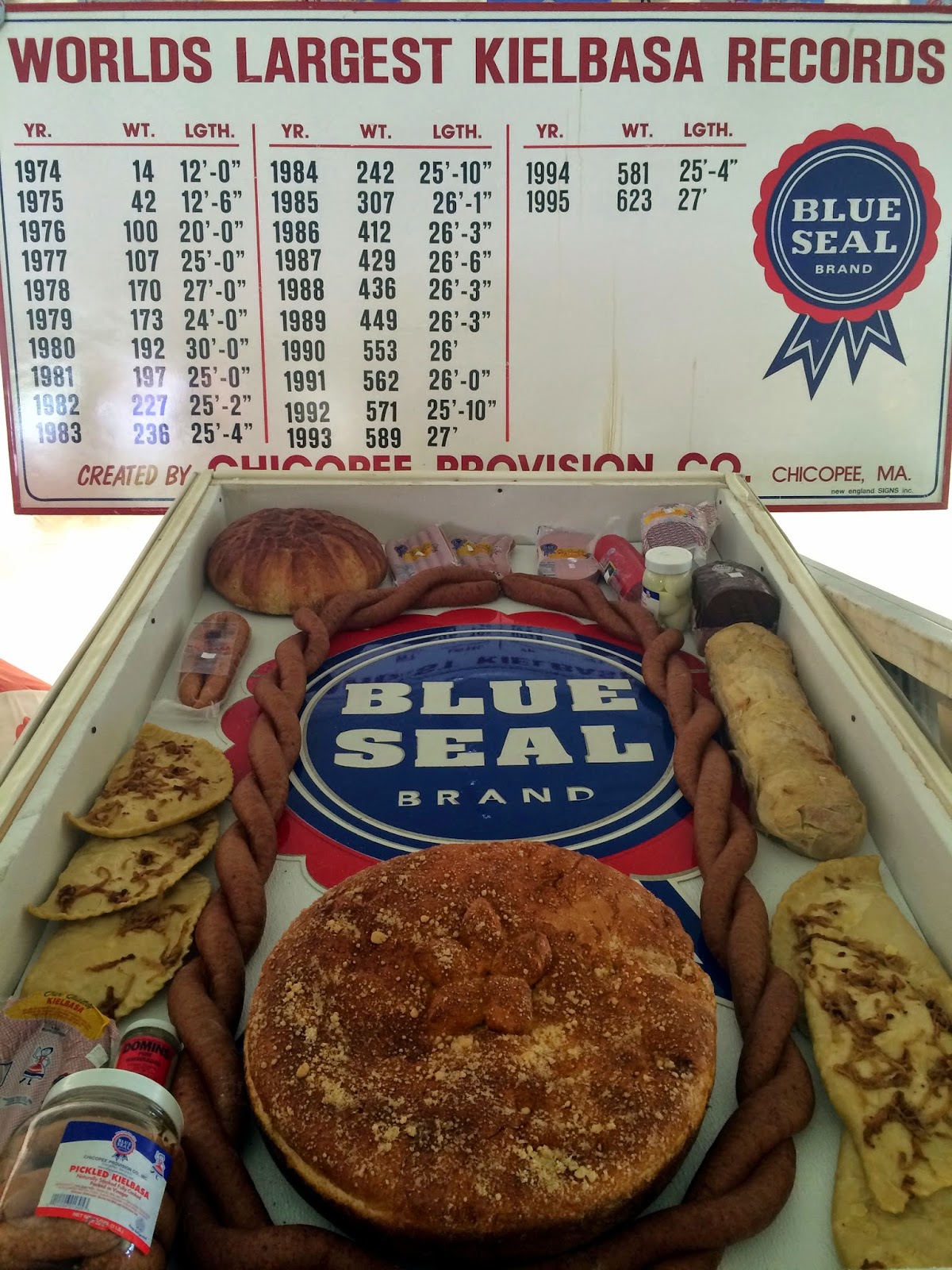 The biggest draw, however, was viewing the King Kielbasa, the world's largest Polish sausage, made by Chicopee Provision Co. each year. It was housed in its own tent, and at its glorious peak in 1994, weighed in at 623 pounds and was 27 feet long. Chicopee residents, Amy and her family usually among them, and countless other festival patrons waited in line to wander their way around the giant winding kielbasa display. It was a sight to see, indeed, this huge, smoky meat product, and it wasn't just the kielbasa itself (a man-made wonder), but all those people paying their respects to it. The king of all sausages. The Worlds (sic) Largest Kielbasa. Alas, the last King Kielbasa reigned in 1995 and after that, the K-Fest was no more... 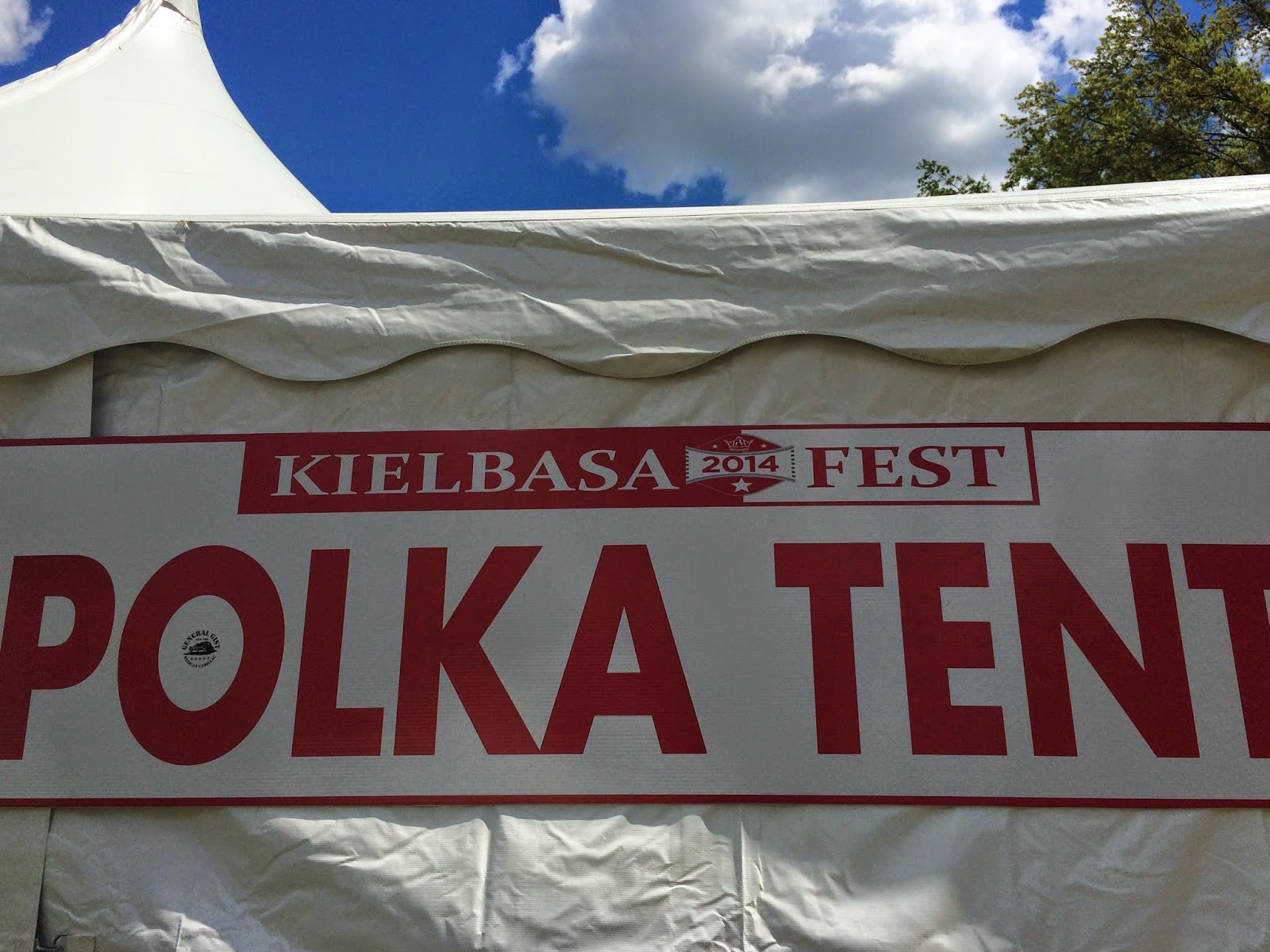 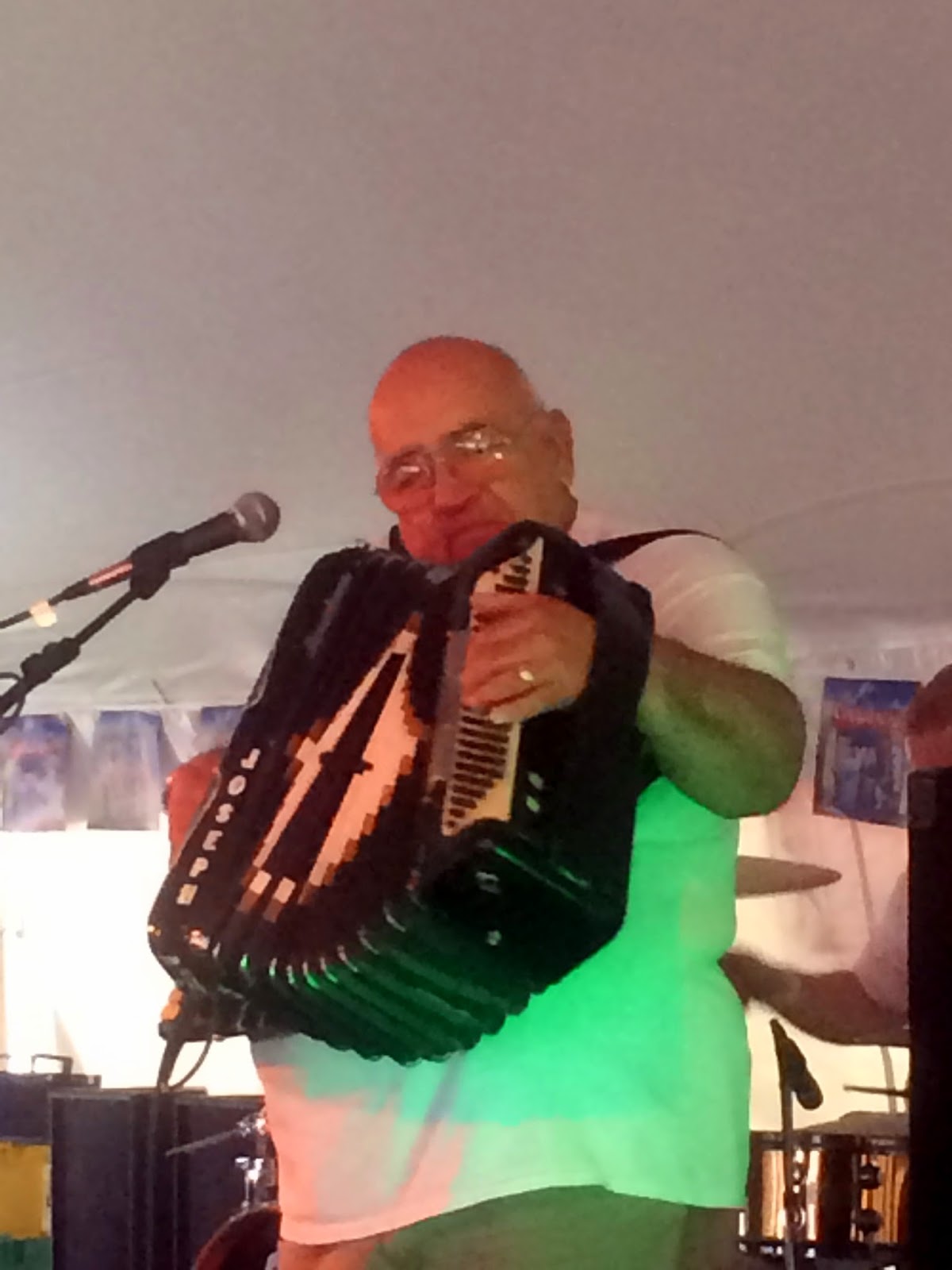 ...until this year, when "The Kielbasa Festival, LLC" brought back Kielbasa Fest 2014. Held at Szot Park this weekend, the K-Fest, at first, seemed like so many others from years before. It offered carnival rides and games, polka bands, a kielbasa eating contest (amongst plenty of other Polish foods). Some places were doing some very unique things with kielbasa, that's for sure. There was even a kielbasa yakisoba, although we didn't try it. 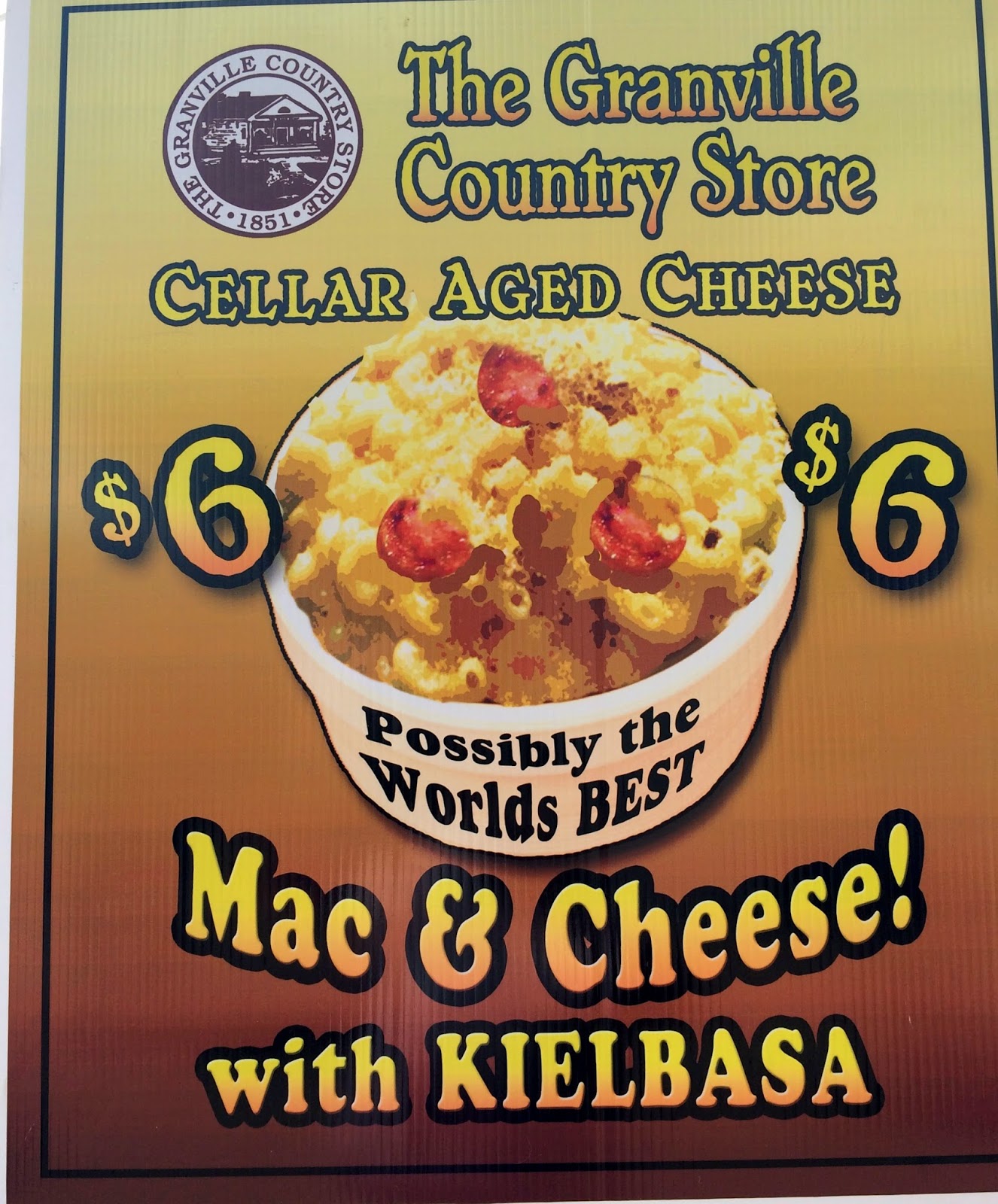 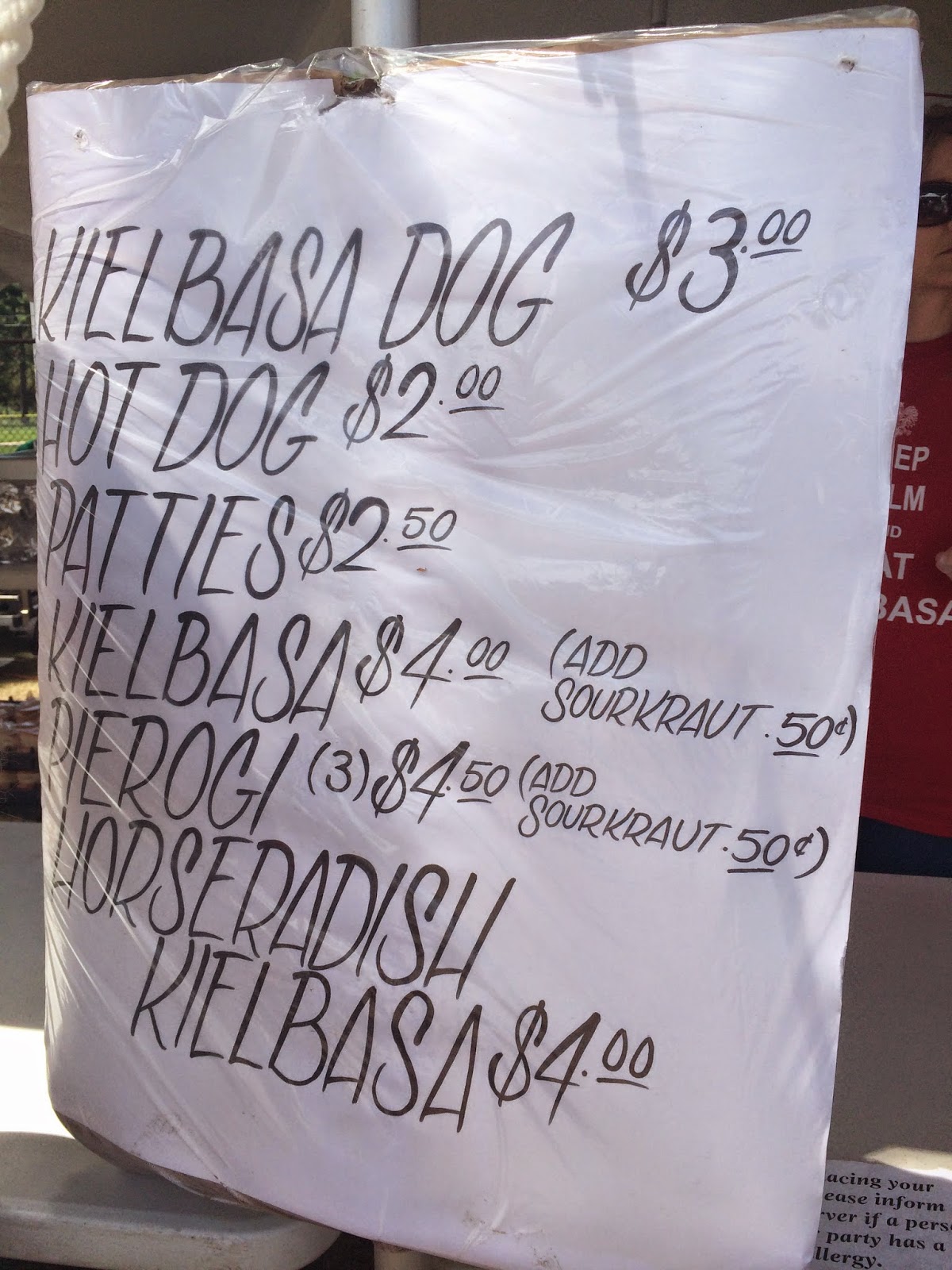 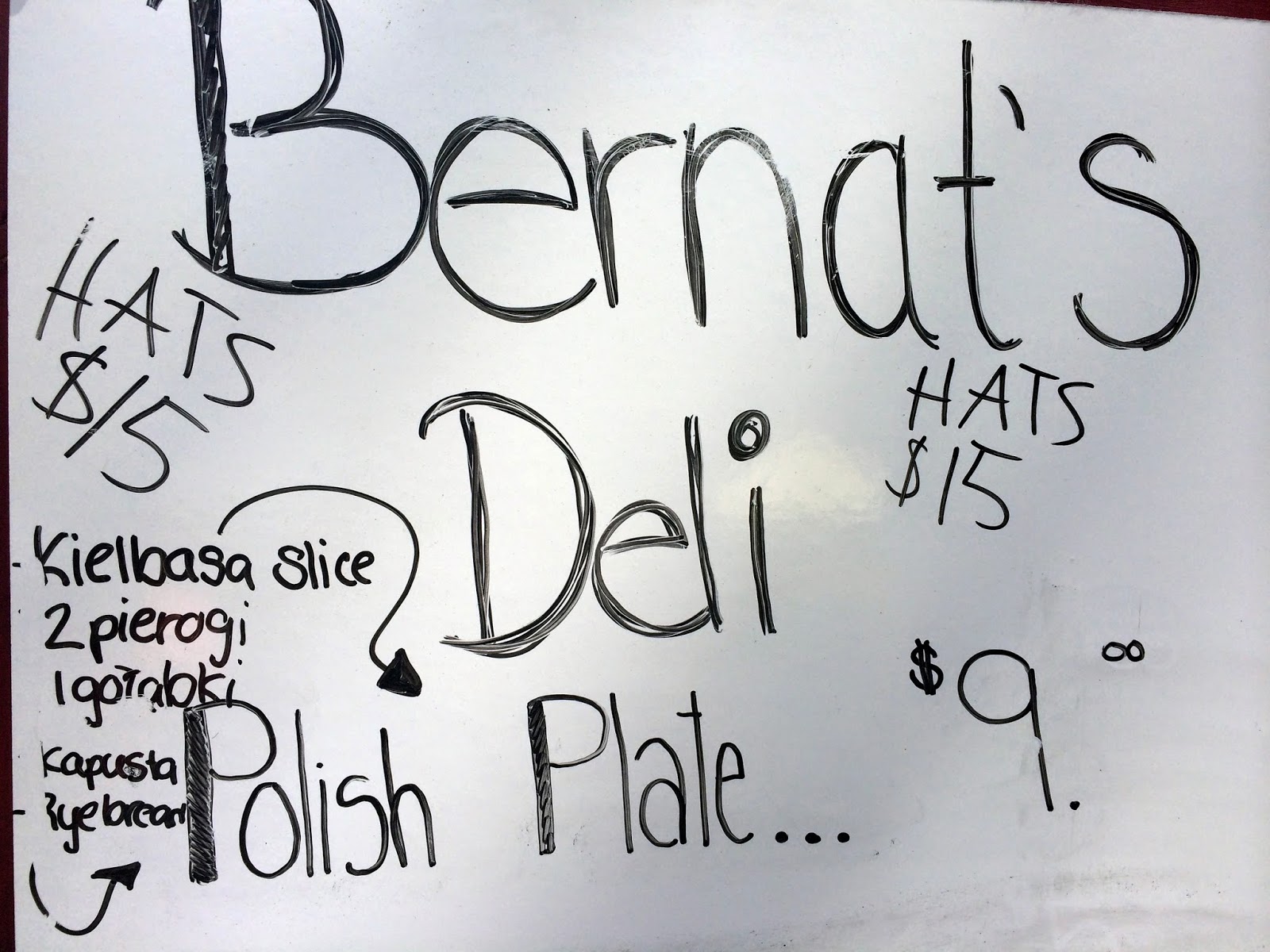 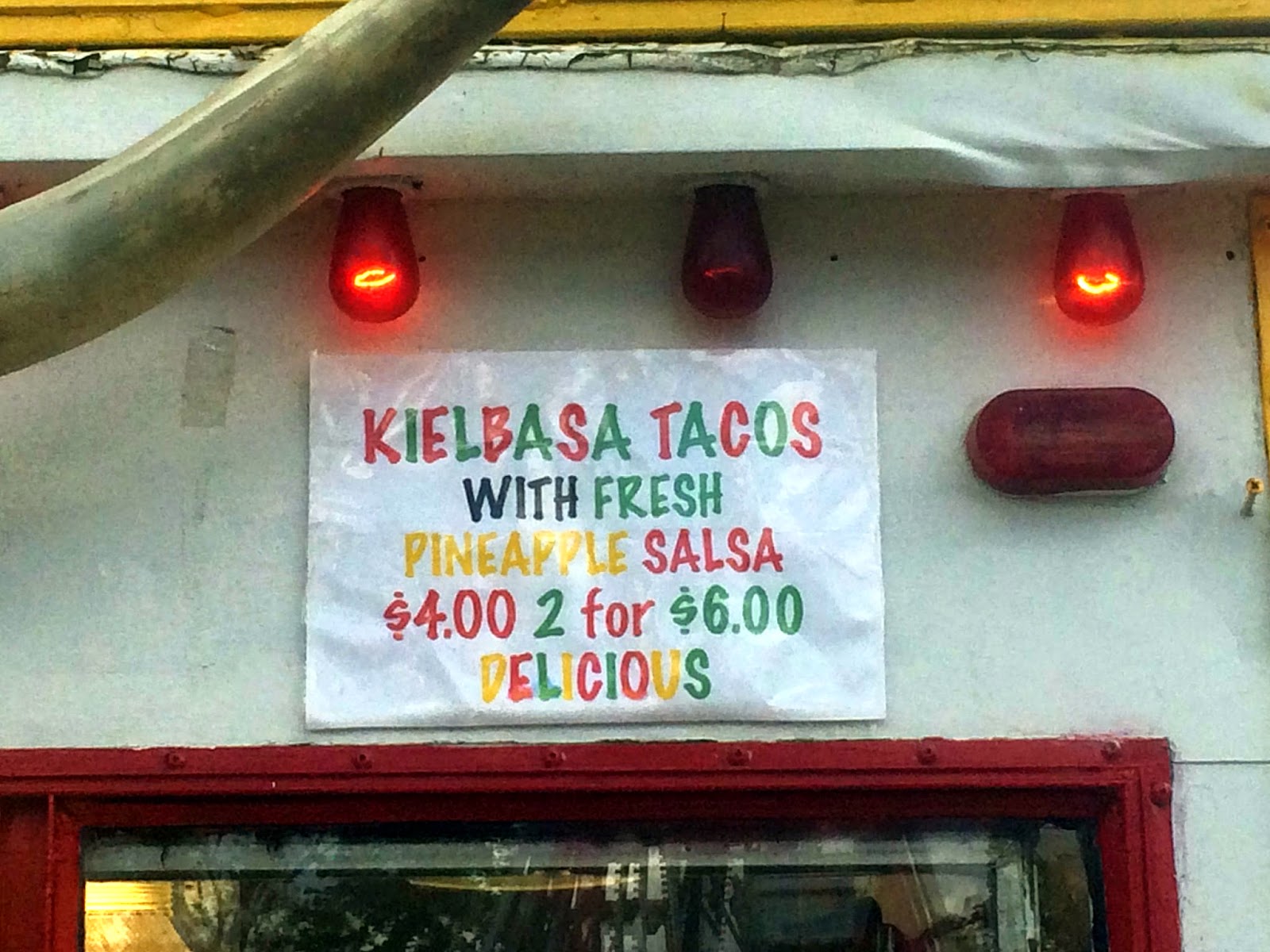 We remained purists, eating a kielbasa dog, then a kielbasa and pierogi plate, and listening to a polka band. We grabbed a couple of Genesee Cream Ales and bought an "I (Heart) Kielbasa" t-shirt. But there was something missing. Something was not quite right. Everything seemed smaller, and a little less exciting. And (oh no!), there was no King Kielbasa. It was a bittersweet moment, that realization that some things can't be recreated, that you really can't go home again, that the King Kielbasa remains only a distant childhood memory. We browsed the memorabilia tent, which also served as the beer garden, and waxed nostalgic about the good old days. Amy hummed the refrain from the Polish National Anthem and we went home, full but a little unsatisfied. 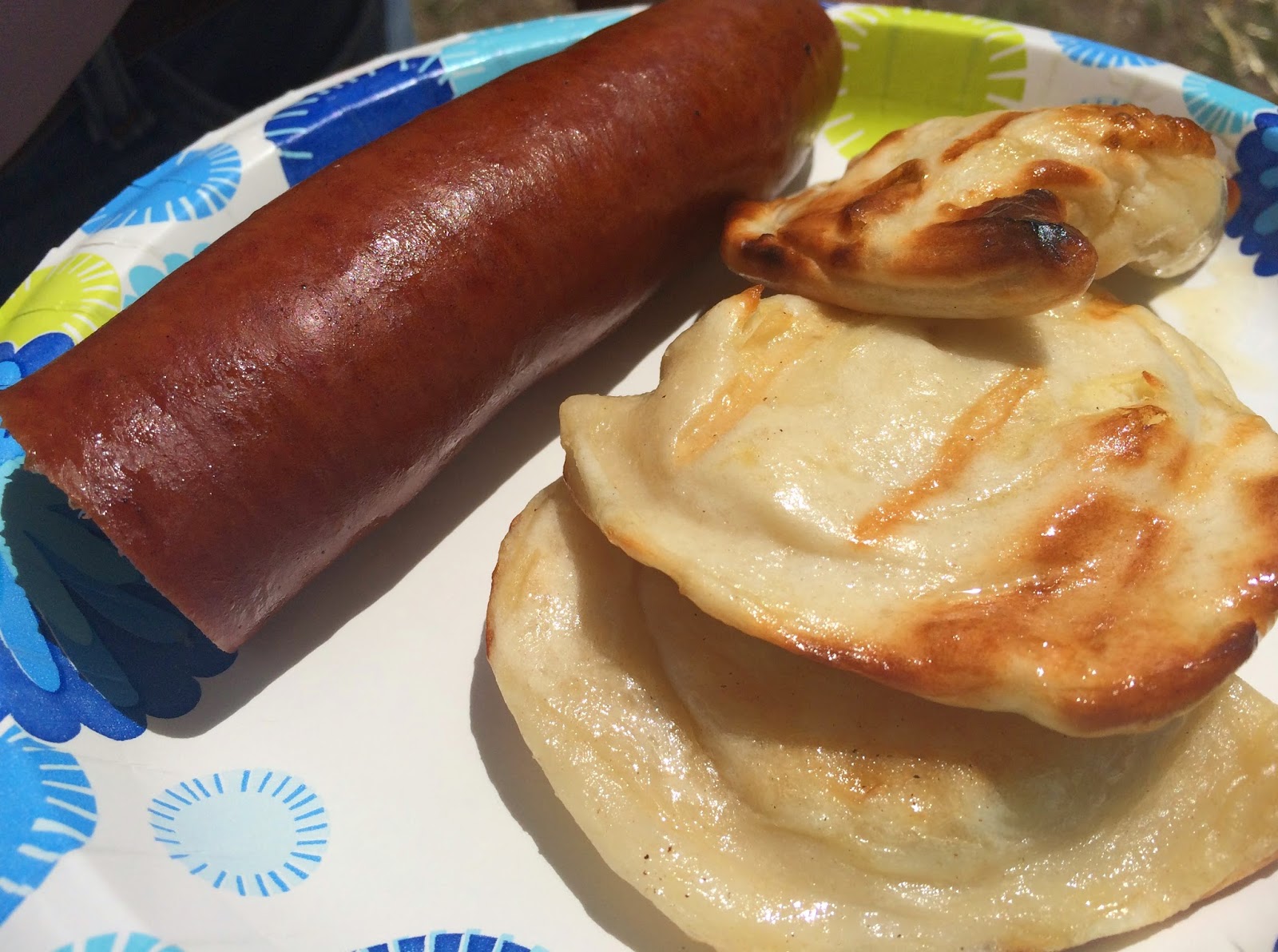 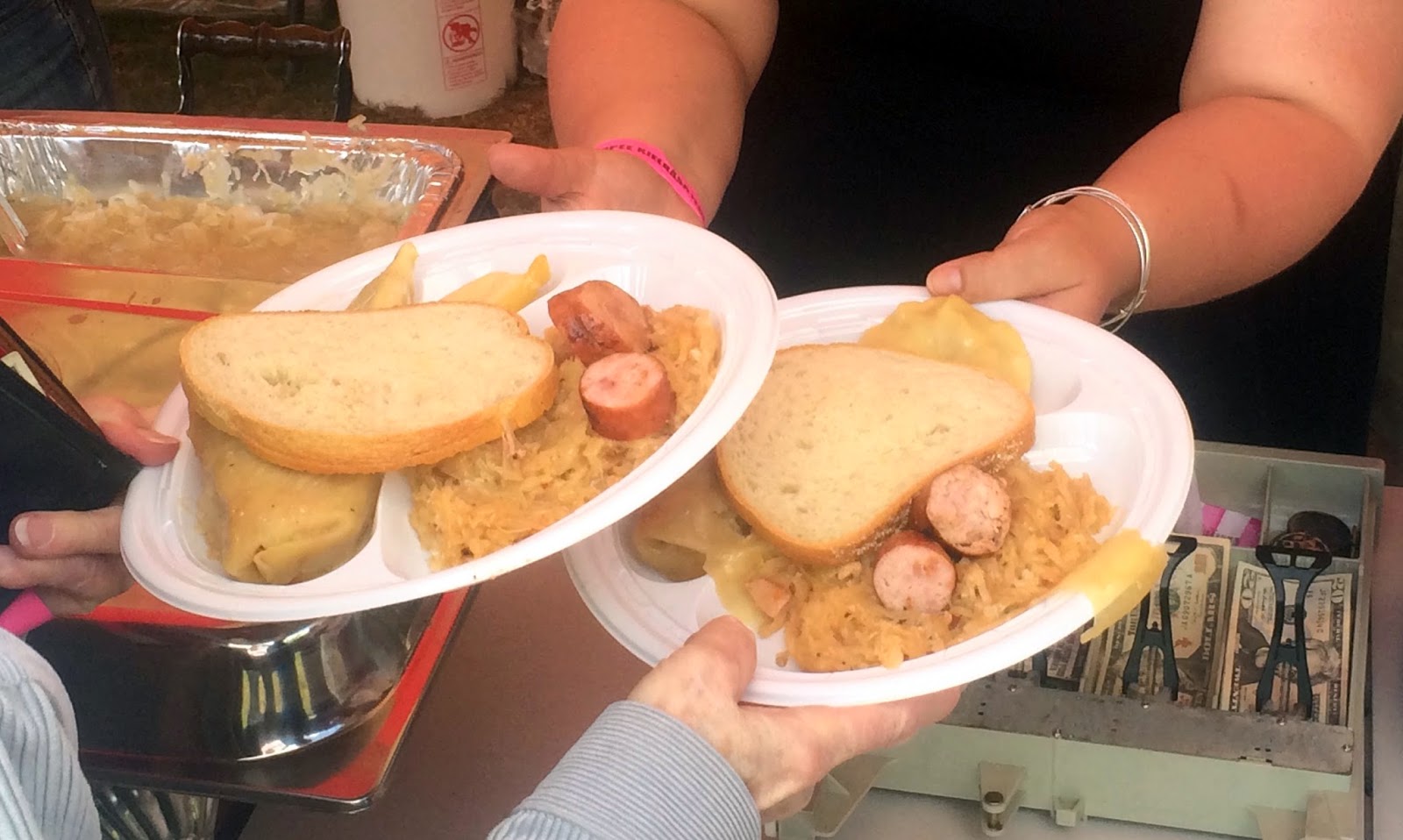 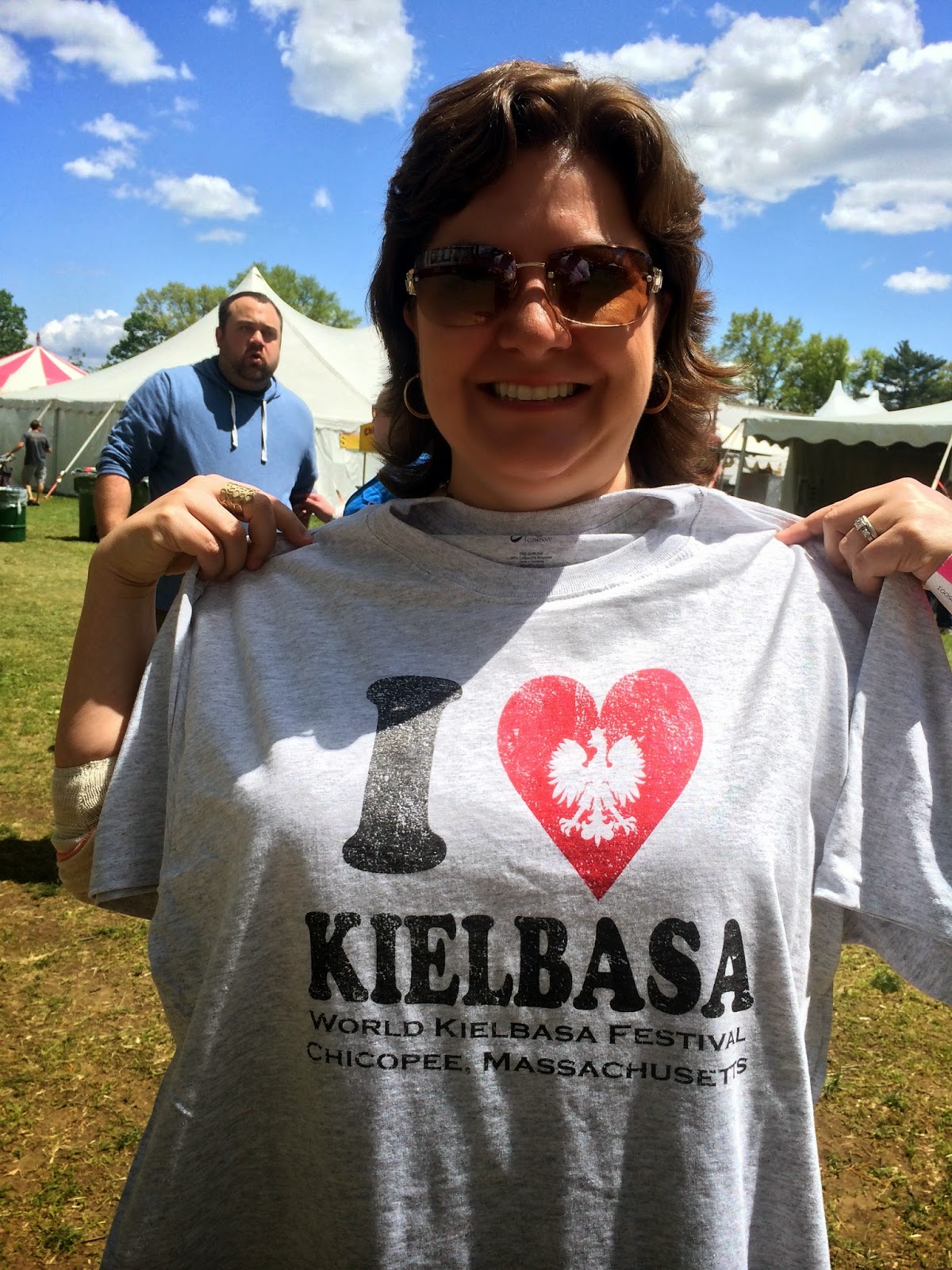