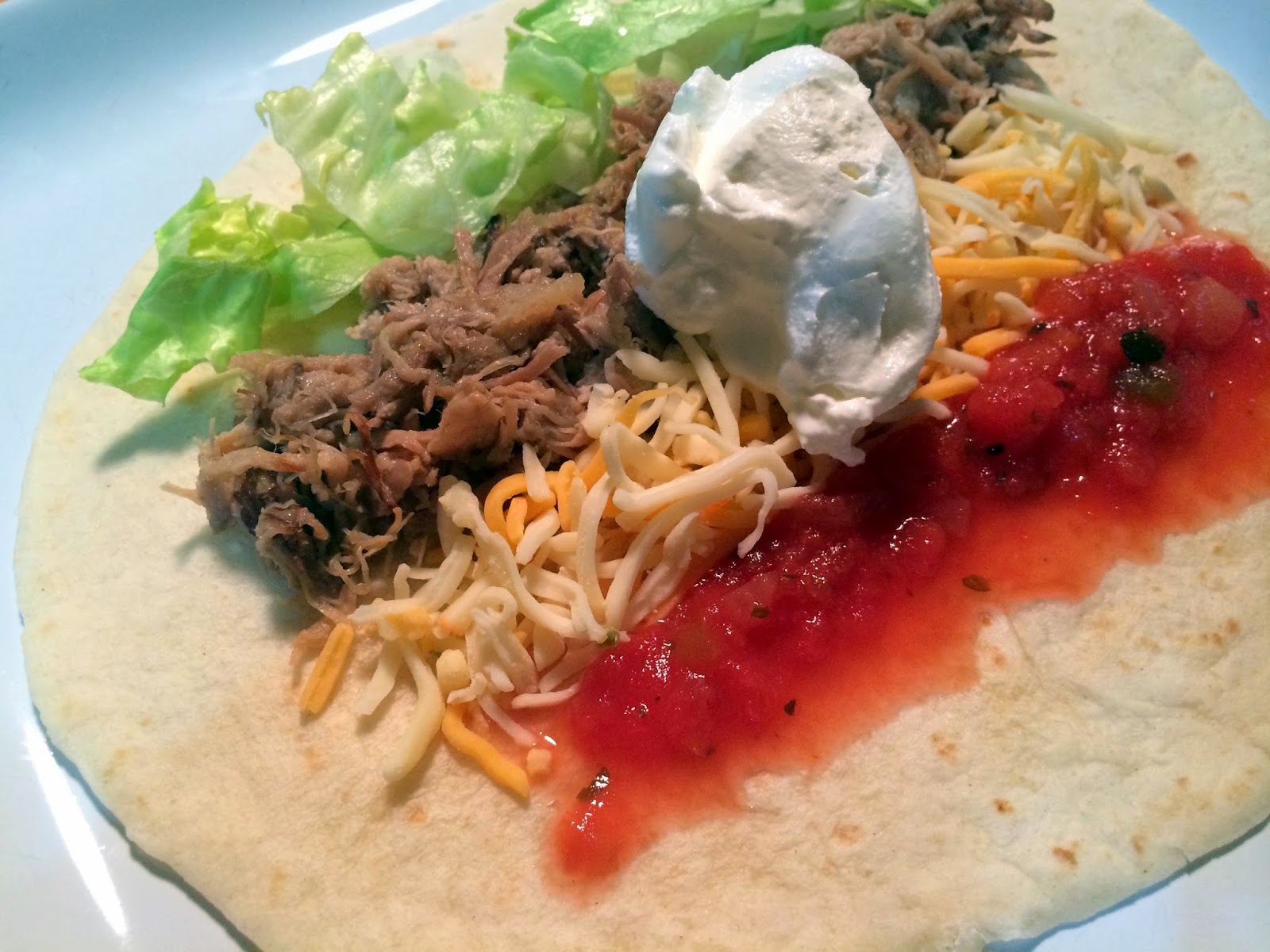 Every once in a while, a convergence of events makes you feel like the heavens are smiling upon you. Such a convergence has happened in the past couple of days and it sprang first from our February Secret Recipe Club assignment: The Savvy Kitchen. 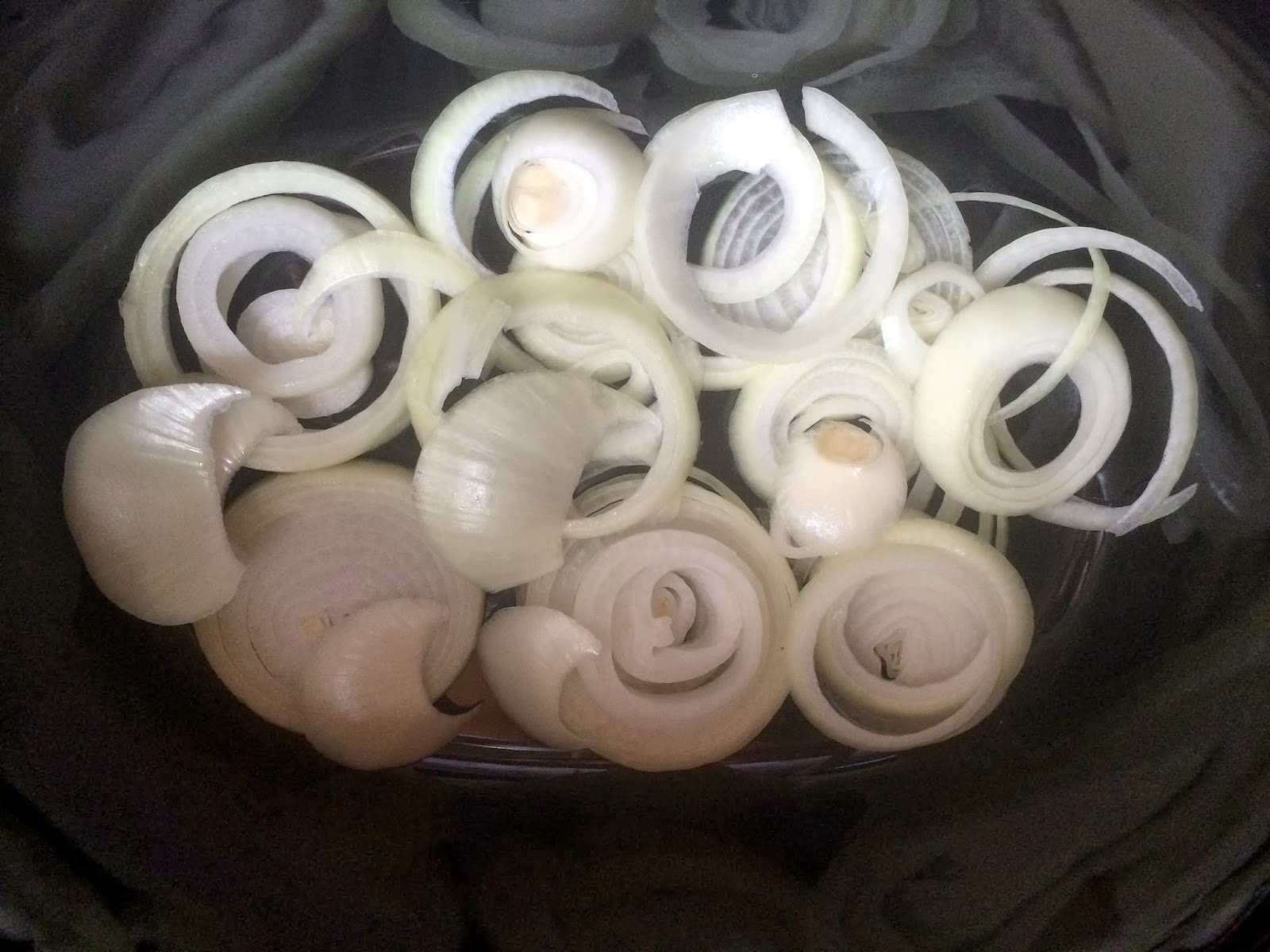 To start, The Savvy Kitchen is written by a woman named Amy whose husband is named Chris. Quite a coincidence! Amy specializes in low-carb, low-calorie and gluten-free recipes, and there are plenty from which to choose. We've spent a few days browsing the blog and were particularly intrigued by the slow cooker section because of the weather. 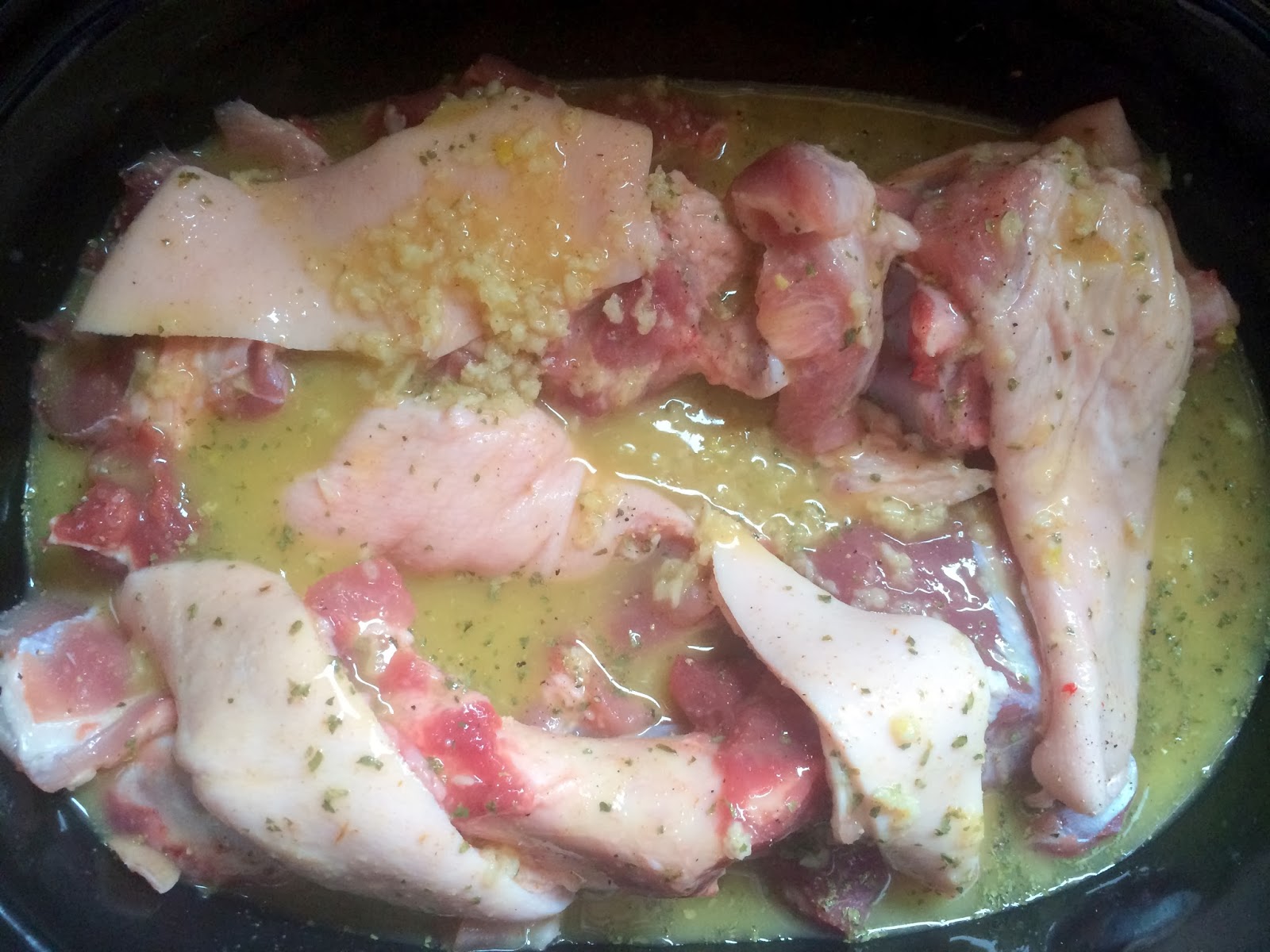 So let's talk about the weather. You see, the school districts in which the two of us teach took away our beloved, much needed February vacations a couple of years back. But Mother Nature has taken it upon herself, in those couple of years, to give it back to us in the form of Snow Days. In 2012, it was Snowpocalypse in October. The year 2013 brought a blizzard that made our annual Mardi Gras party unforgettable. And this year, it has snowed much and often. We had two Snow Days in a row leading into this long weekend. Yes, we were two happy and relaxed people this weekend, and, just sayin', it's been perfect slow cooker weather. 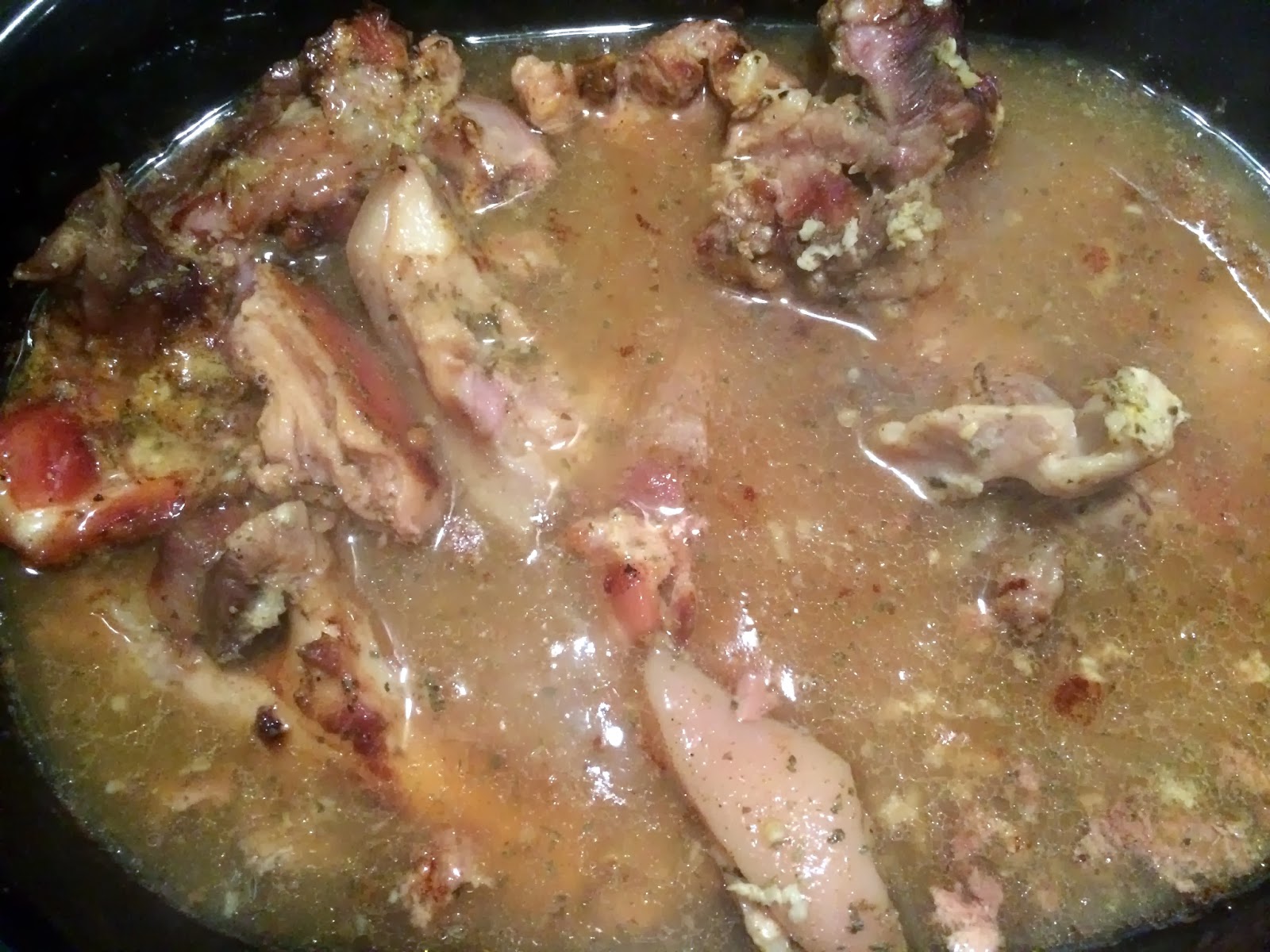 While we were lingering on The Savvy Kitchen's slow cooker section, the final element of the convergence of events occurred in the form of a text from neighbors D and J in which they were offering us half of an 11-pound pork shoulder in exchange for our participation with them in a pulled pork showdown. Minds. Blown. 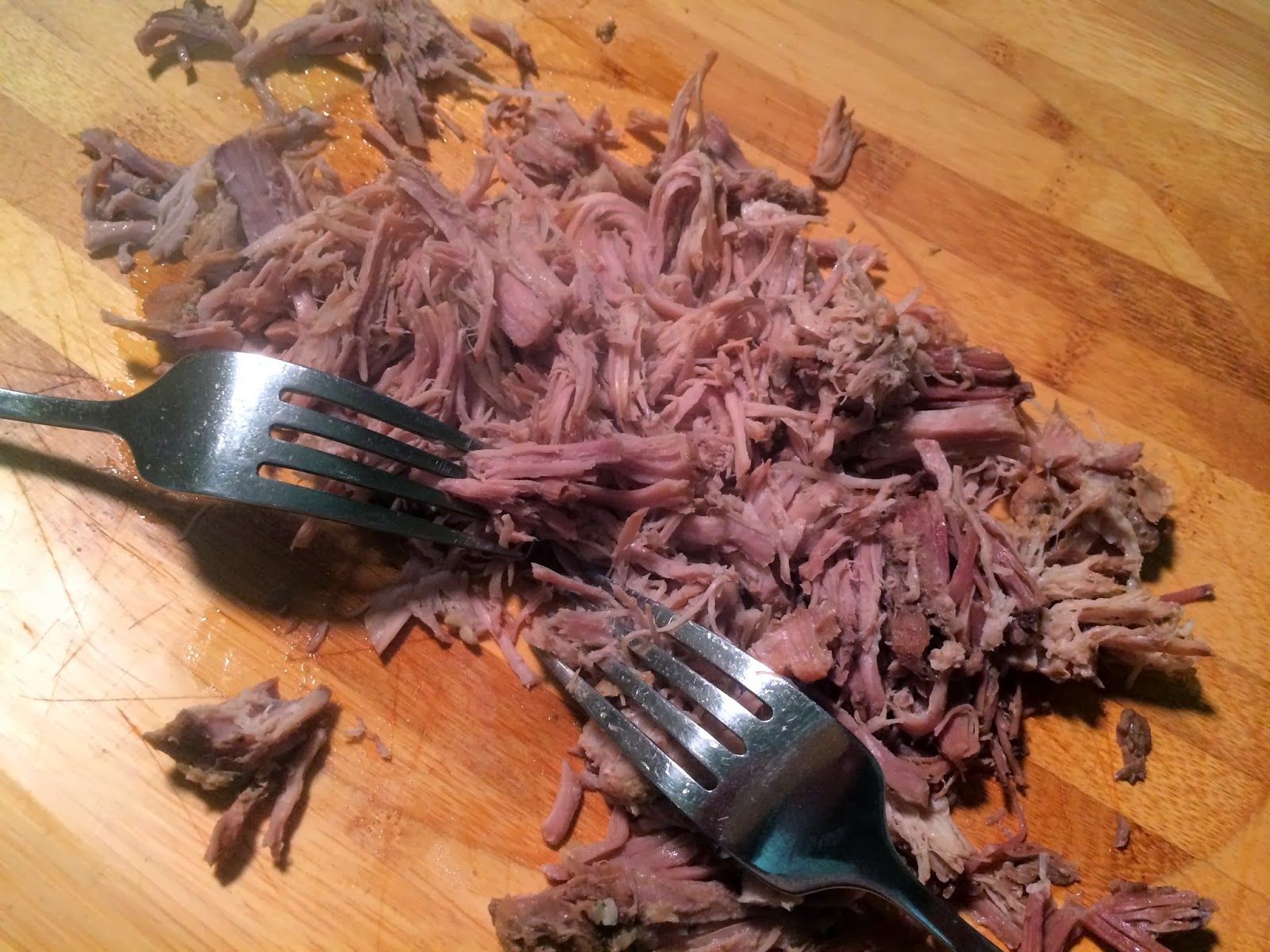 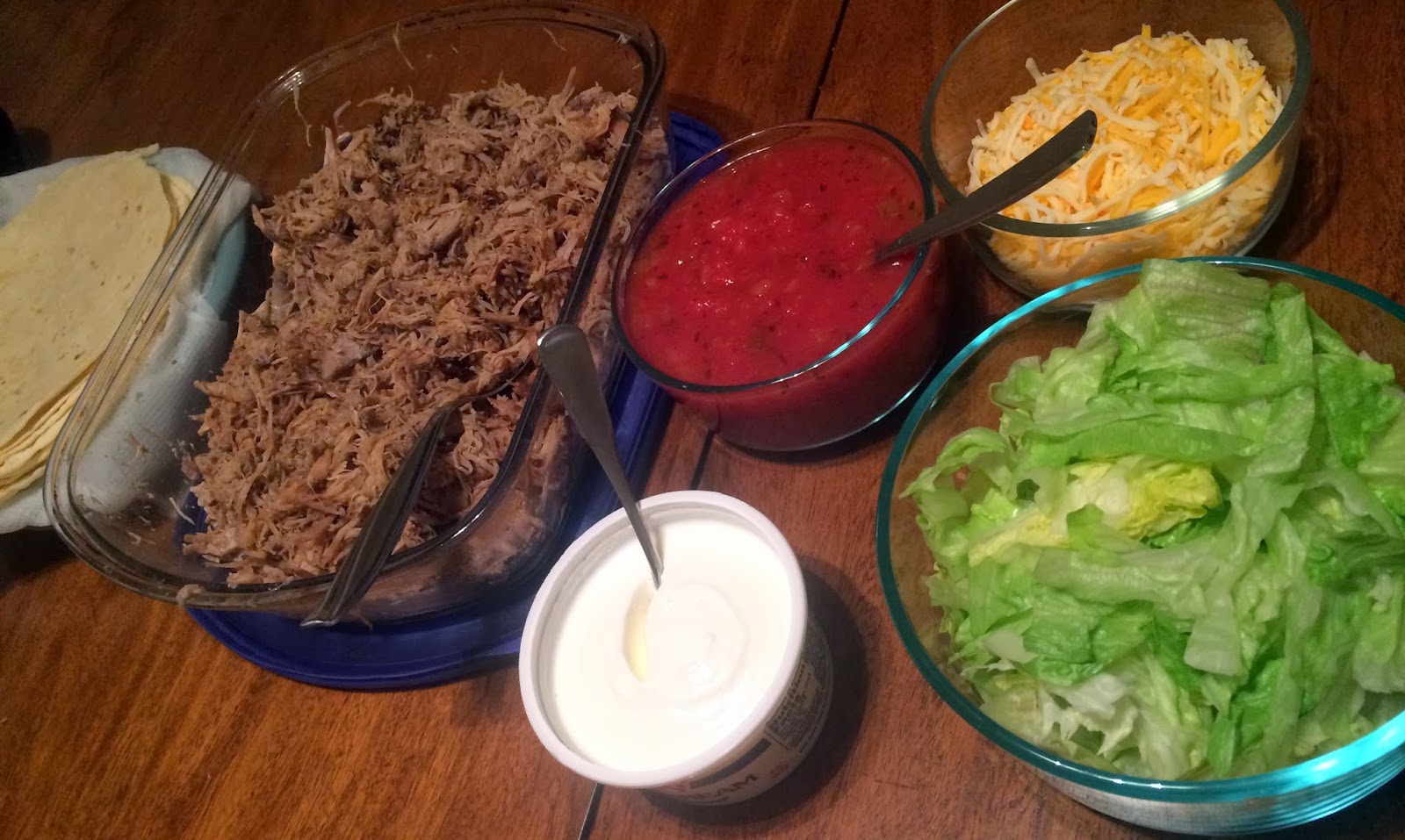 The challenge was on and the house smelled delicious. With notes of cumin and citrus, our (literally) falling-off-the-bone pork reminded us that as much as we love Snow Days, we love summer more. D's spicy barbecue pulled pork sandwiches were amazing, so we called it a draw. To Amy of The Savvy Kitchen, thanks for a fabulous (and super easy) recipe that we are sure to make again, even without a convergence of Snow Days, free meat, and/or cooking challenges from the neighbors. And to the neighbors, thanks for the pork! 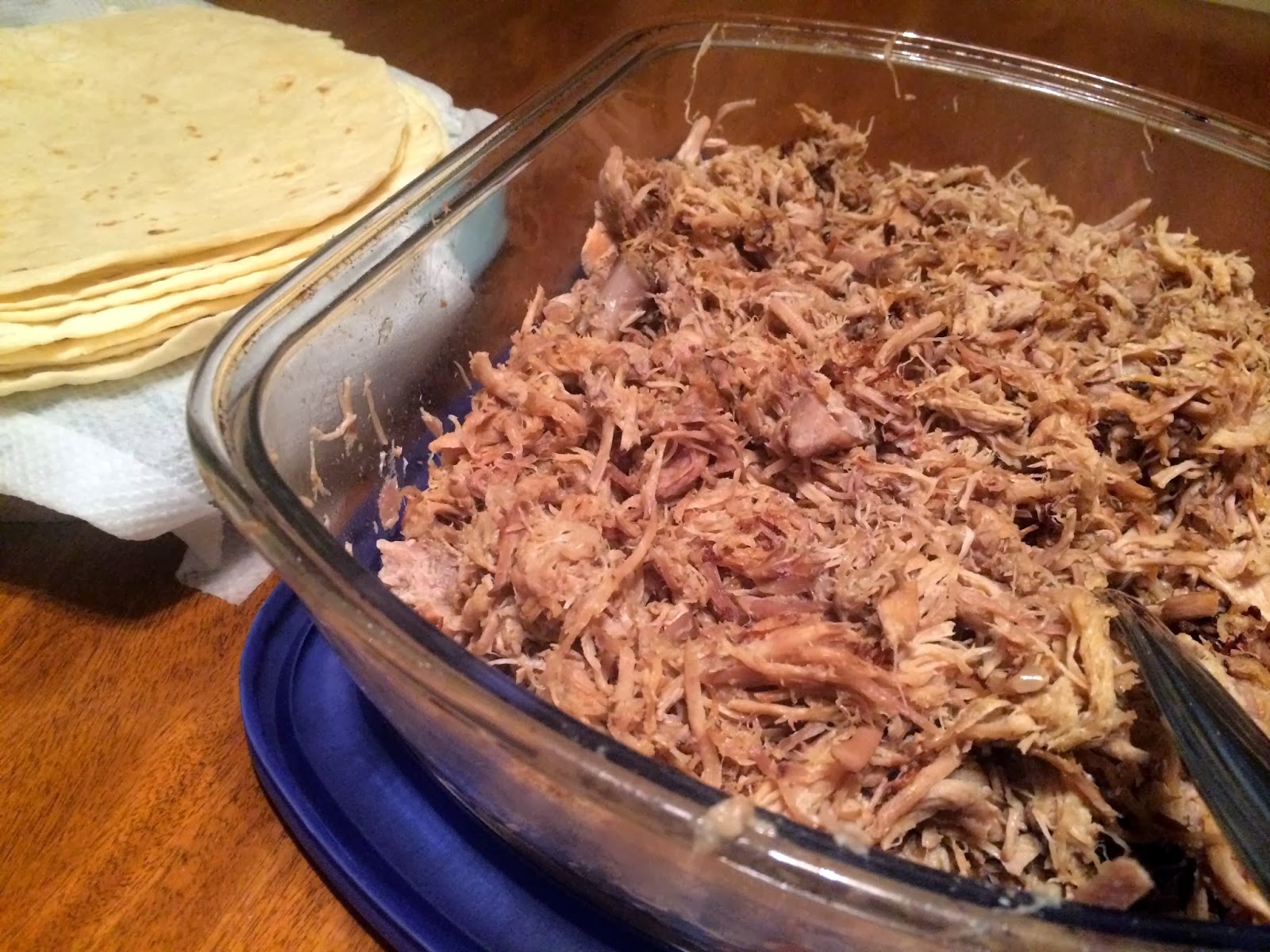 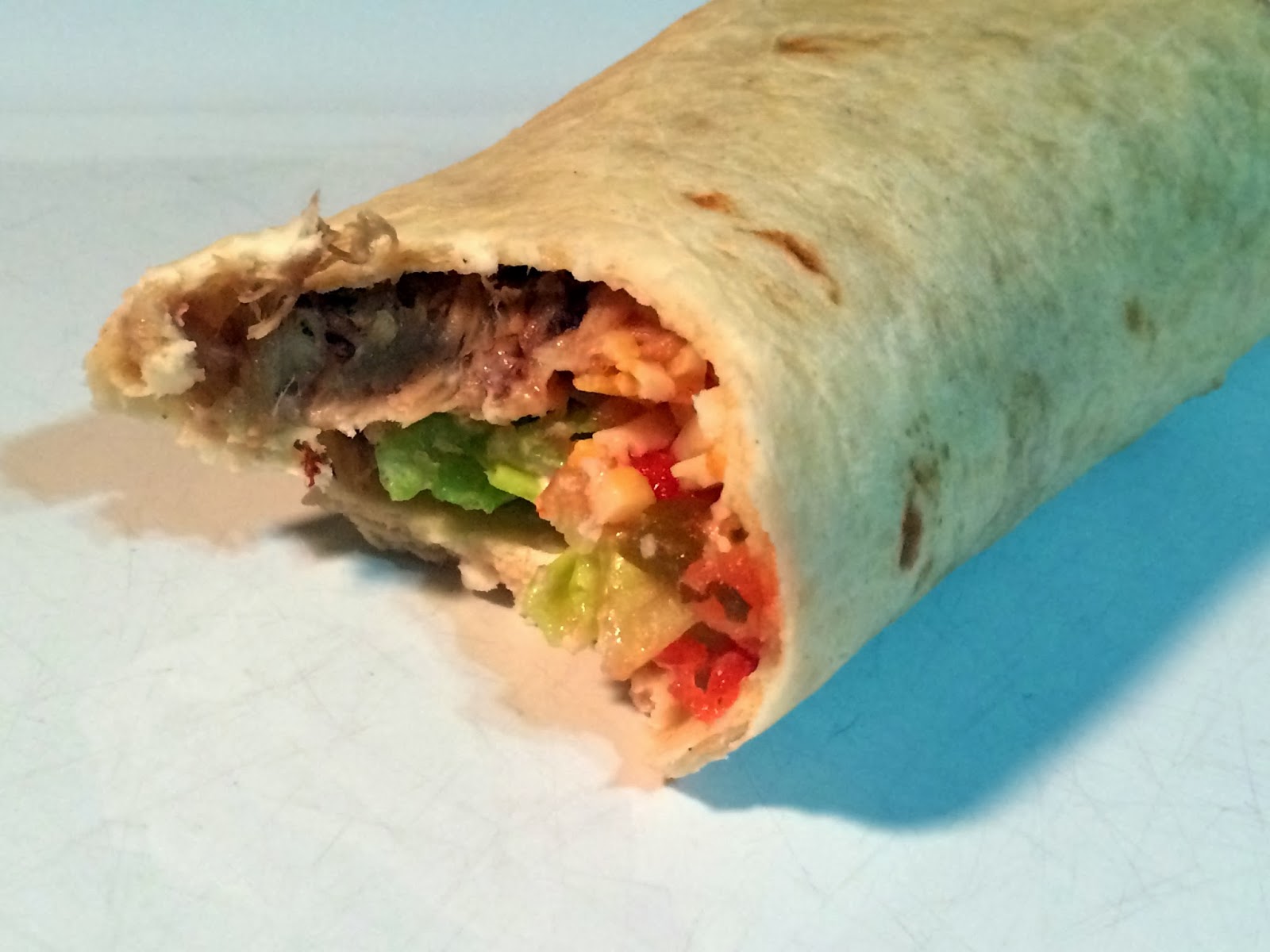 
Cooks' notes: we served ours in warm tortillas with shredded lettuce, cheese, salsa and sour cream, and if we had black beans in the house, probably would have had those on the side. Alas, we made some saffron rice instead. Also, while Amy suggests setting the slow cooker on low, we did ours on high, and doubled the ingredients (besides the onion) because our pork shoulder was larger. And because Chris likes to play with knives, he butchered the pork first.

Place the sliced onions in the bottom of a slow cooker set to high. Top with the pork, fat side up. In a separate bowl, combine the remaining ingredients and pour over the pork. Cover and cook on high heat for 8-10 hours. Remove meat from slow cooker and shred using two forks. Remove all but two cups of liquid and return shredded pork to the slow cooker; cook additional half hour. Serve as desired.

Peruse this week's Secret Recipe Club posts below, including what Our Eating Habits did with our "Chicken, Sweet Onion and Potato Paprika"!

My perfect meal with all the fixings, and such a great SRC pick!

Love this recipe and reminds me that I need to use my slow cooker more often. Nice SRC pick!

This sounds SO good, I might have to dig the slow cooker out of hidden storage just to try a batch.
(visiting from SRC group B)

Oh that looks awesome to try with some of my kitchen staples! Great snowy day pic to warm up the kitchen for sure... Yummo..

What fun to have a pork-off. I bet everything was delicious. Including this Cuban pork!!

Would have liked to be a judge!

It sounds amazing - I'm trying to use my slow cooker more at the moment and also trying to cook a joint of meat every week and use up the leftovers so this is a perfect recipe for me.