We Do Fondue (Ladies' Night at The Melting Pot, Darien, CT)

Amy writes:
Do you fondue? We do! Even less often used than the waffle iron, the fondue set Chris and I (registered for and) received as a wedding gift sits on a shelf in the basement. But that is all about to change! For after a night with girlfriends J, G and L, I am tempted to cut up every food I come across into cubes and dip it all in cheese, broth or chocolate. 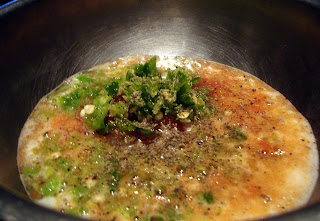 Yes, these girls have initiated me into the "Dip Club" by taking me on my first (but definitely not my last) visit to The Melting Pot. Not just a dinner outing, but an Event. An Experience. Both with a capital E. When we were seated at our booth-with-only-one-burner, a visibly disappointed J thought we'd need to move. We need two burners! It's her first time! We need to try things! Thankfully, our server was friendly and accomodating, and while she couldn't move us (all tables were booked), it was early and she made one of our fondues at a nearby table. Crisis averted. 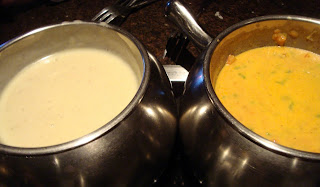 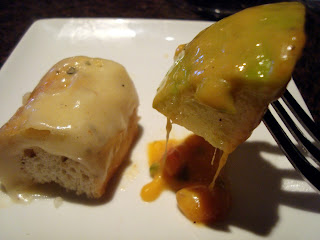 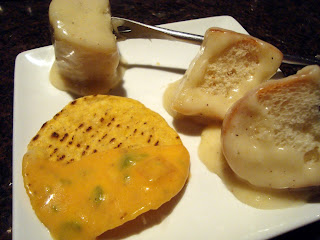 We started our itinerary of immersion with two cheese concoctions - J's fave "Fiesta," a Cheddar cheese blend with lager beer, jalapeño peppers and salsa; and my new obsession "Traditional Swiss," a blend of Gruyère and Emmenthaler Swiss cheeses, with white wine, garlic, nutmeg, lemon and Kirschwasser. Yeah, I didn't know what Kirschwasser was either, so I looked it up. It's basically cherry brandy. And I'm definitely buying some because I'm definitely planning to spend my days and nights recreating this stuff until I perfect it. It's that delicious!!! These cheeses were made in front of us by our server, much to our delight and amusement, who brought green apples, tortilla chips, vegetables and bread chunks to dip into each golden gloriousness.

And that was just the first course. 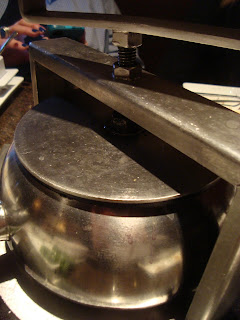 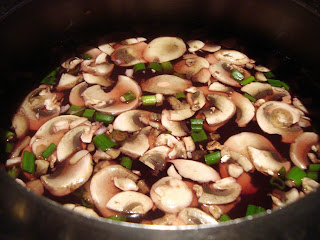 We figured we could split two entrees between the four of us, and we were right, since our bellies were mostly full of cheese already. We decided on the "Coq au Vin" cooking style - a Burgundy wine broth infused with herbs, spices and mushroom slices. This cooking broth was delivered in what looked like a medieval torture device, but we were not to be deterred. 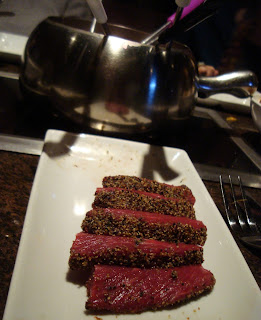 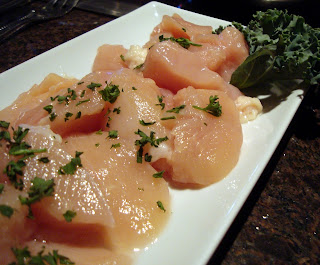 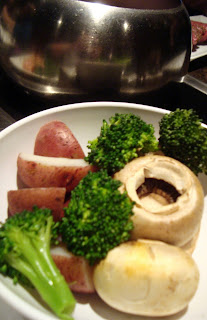 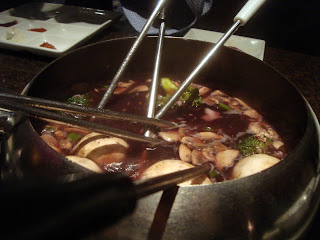 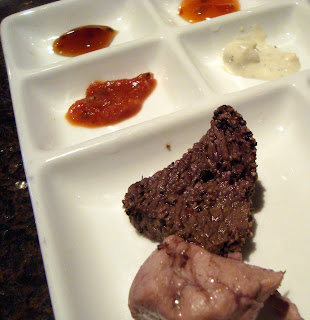 Although it seems a bit odd, said entrees (Angus sirloin and chicken breast) were delivered raw, with instructions on proper dippage and warnings about heat and cross-contamination. We threw the vegetables (mushrooms, potatoes, and broccoli) in first by suggestion of the server, as these would take longer to cook. With our color-coded fondue forks, we timed our meats as they cooked away in the flavorful broth. We ate off funky plates that had plenty of spots for the eight (yes, 8!) different sauces and worked our way through the second course, leaving no bite unbitten. 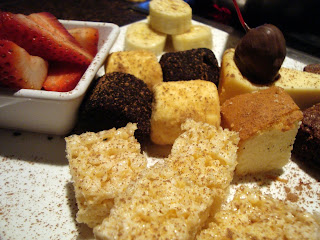 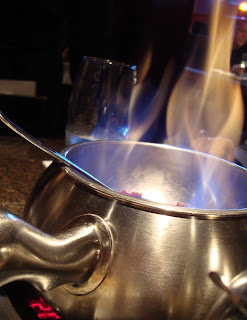 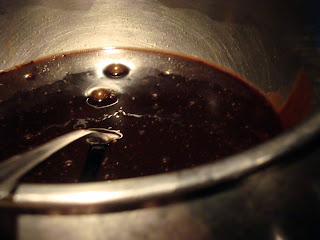 Last but most definitely not least, there was the chocolate course. Don't dare call it a mere dessert. As with the cheese, we decided we had to have two, since we're worth it and all that. Don't judge us. First, a rich dark chocolate fondue infused with a little Chambord. Then, the fabulous "Flaming Turtle" - milk chocolate, caramel and candied pecans flambeed at the table, also known as Dinner and a Show! We let out small gasps as our table glowed orange, but as soon as the flames were out, we were back to our dipping. Strawberries. Pound cake. Marshmallows. Bananas. Brownie Bites. Rice Krispie treats. Pure decadence to finish off a fabulous meal and a great night out with some amazing friends. 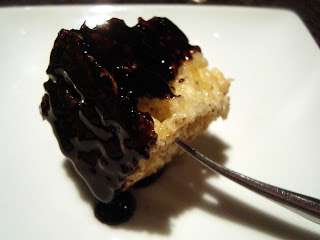