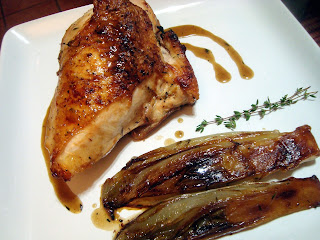 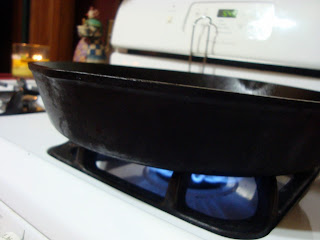 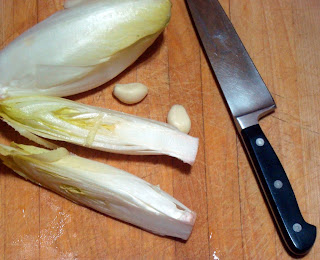 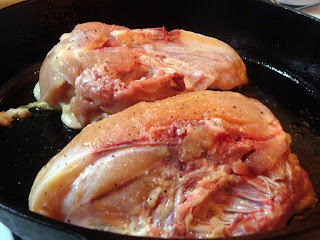 Suffice it to say, this recipe is pretty much his, from the first episode of Gordon Ramsay's Ultimate Cookery Course, which focuses on making things in a pan. There seems to be a cookbook attached to the show, but we're just enjoying figuring the recipes out ourselves by watching, as if we're having a private cooking class. Gordon doesn't always give exact measurements, and this recipe makes up only about 2 minutes in the half-hour long show, but we did our best. Whatever it was, it was yummy. And we'll be making it again. That much we know. 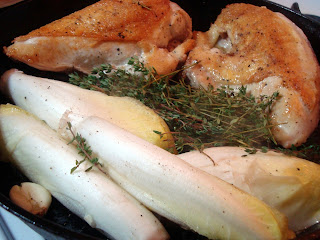 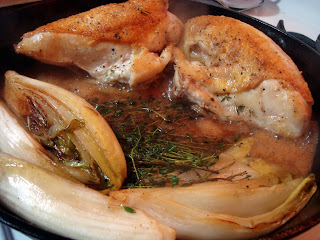 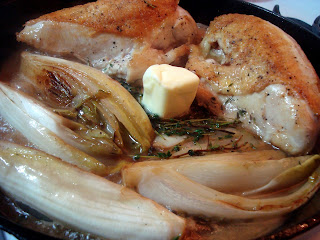 And by the way, chicory is endive. You donkey! 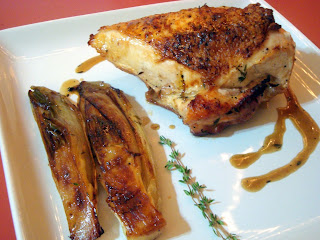 Heat oil in a large skillet or cast iron pan over high heat. Season the chicken with salt and pepper and lay, skin side down, in the hot oil. Cook until skin turns golden brown. Flip the chicken to cook the other side. Cut the chicory heads in half and lay in the pan with the chicken. Add crushed garlic and sprigs of thyme and cook until chicory starts to caramelize, then flip the chicory. Add marsala and stock and continue to cook until chicken is cooked through and liquid reduces. Swirl in the butter to baste the chicken and make a pan sauce. (Our chicken breasts were pretty big, so we needed to put them in a 425-degree oven for about 20 minutes to finish cooking, during which time we left the endive and pan sauce on very low heat).