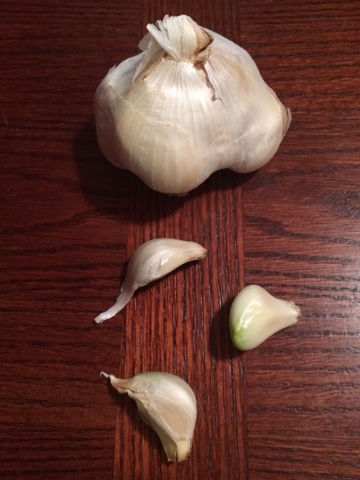 The term "confit" is thrown about these days almost as much as the term "steak." But if such culinary powerhouses as Epicurious, TheKitchn, and the New York Times can publish recipes for Cauliflower Steaks, we can publish a post on the smooth, silky magic of Garlic Confit.

Typically, when people think of confit, they think of duck, or goose, or some other type of meat that has been cooked in its own fat for the purposes of preserving it. It is a pre-refrigeration technique, much like salting or pickling. Only here we are using it to keep garlic, and the fat is olive oil. 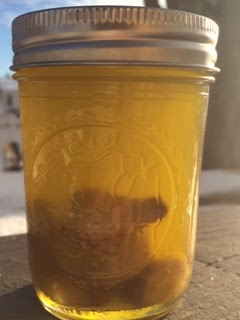 Think of it like an easy garlic spread, one that secures all that sweet, fresh garlic flavor without adding the toastiness of roasting. After you've made it, you realize how versatile it can be. Smear it on grilled Italian bread. Toss it into a pot of steamed veggies. Add it to your favorite soup or chili. Rub it under chicken skin before roasting. The tender cloves, as well as the infused oil, have any number of uses, none of which will include the sharp bitterness of raw garlic. Added bonus? It will keep for up to a month in the refrigerator, so go ahead and make a double batch.

Separate the cloves of one head of garlic and peel each clove. Cut the root end off of each clove and place them in a small saucepan. Add enough olive oil to cover the cloves by an inch. Set the pan over the lowest possible heat and cook for an hour, until cloves are tender when pierced with a fork (but not brown). Remove the pan from heat and allow to cool, in the oil, for an hour. Pour cloves and oil into a jar, cover with a lid, and keep in the refrigerator up to a month.