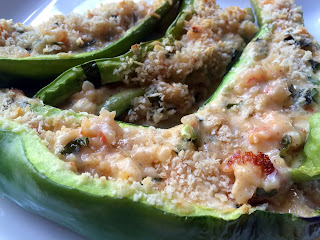 We hope you haven't given up on us. It's not that we haven't been cooking. We just haven't been writing about it. Instead we are spending time relaxing, playing trivia, having fun, and all around enjoying these lazy, hazy days. But we definitely wanted to share these peppers we made a few weeks ago. We found some long green peppers of unknown variety at the farmers' market and Amy thought to marry them with some Creole-seasoned shrimp and goat cheese. They were very rich and spicy. And would work with any pepper variety, don't you think? Try 'em and let us know. 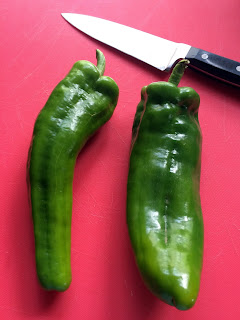 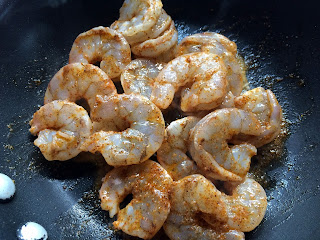 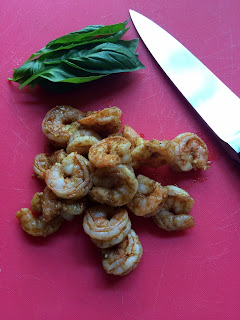 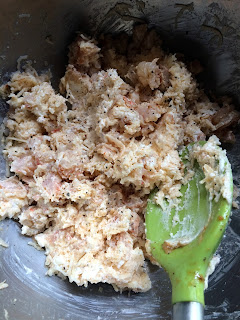 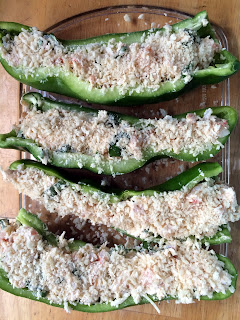 Preheat oven to 375 degrees. Slice the peppers in half lengthwise and cut out the insides and seeds. Set pepper halves into a large baking dish. Coat shrimp with Creole seasoning. Heat oil in a large skillet over medium heat and cook the shrimp 4-5 minutes, tossing often, until pink and cooked through. Allow cooked shrimp to cool and then chop them. Place chopped shrimp into a mixing bowl. Add cheeses, basil and hot sauce and stir to combine. Spoon the mixture into the peppers and top with breadcrumbs. Bake for 45 minutes, until hot and golden brown. 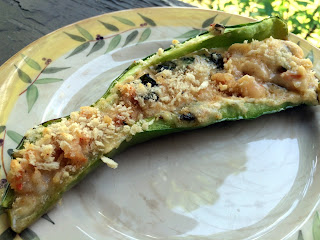 Love this, Amy. I do hope you'll add it to the Food on FRiday: Free For All collection over at Carole's chatter. Cheers